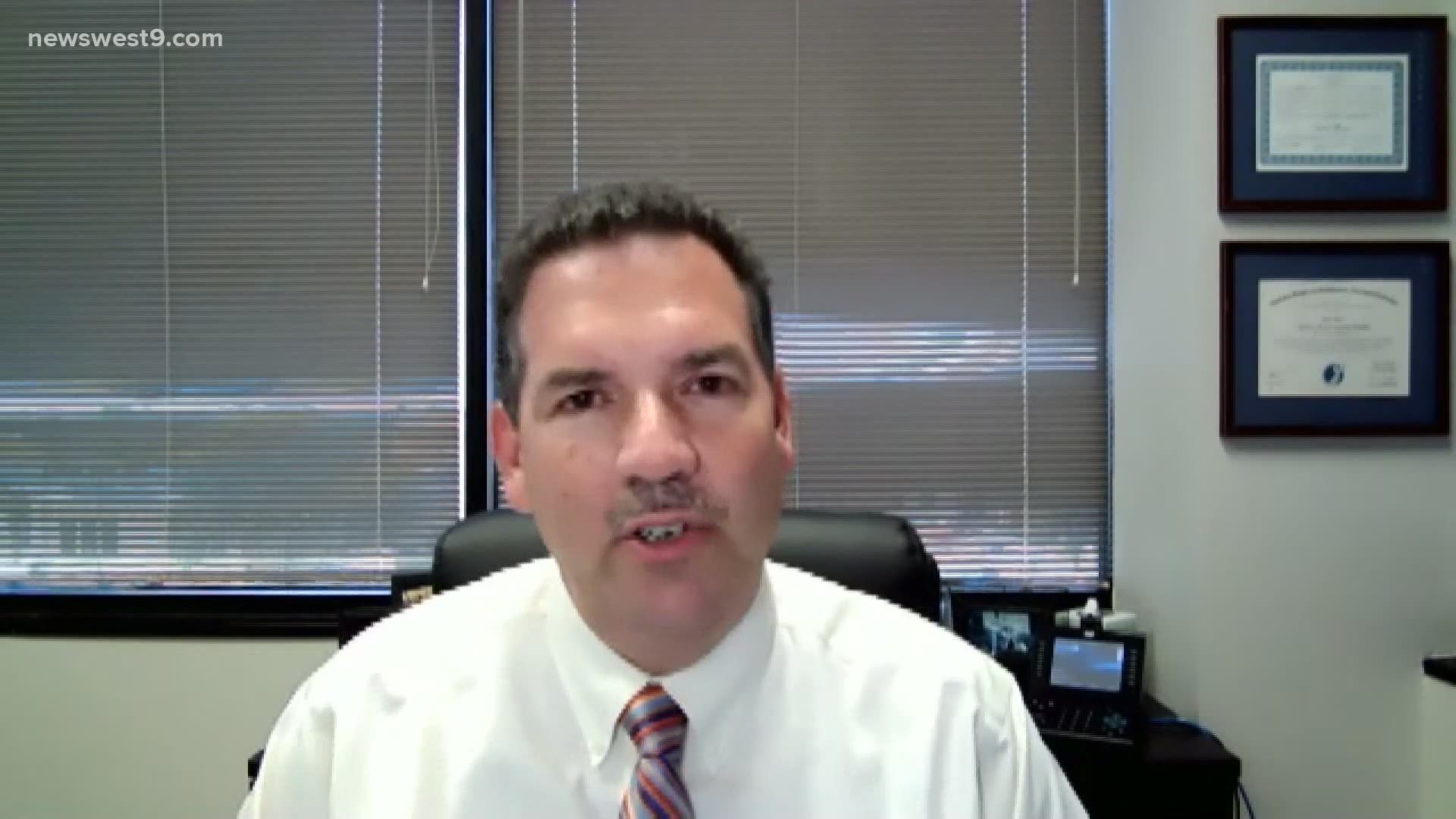 ODESSA, Texas — The Ector County Board of Trustees made some big decisions in their Sept. 15 meeting.

Among those decisions was extending the superintendent's contract.

Scott Muri's contract has been extended by one year, meaning it will now expire on June 30, 2025.

Trustees entered into a closed session at the end of the meeting to discuss the matter, before voting 7-0 in favor of the extension.

Muri will also receive a 2% pay raise, the same raise as full-time classroom teachers received, as well as the additional retirement contributions provided in the contract being increased from 60% to 80%.

Other items passed the meeting included approving the 2020-2021 campus improvement plans, refinancing bonds to save taxpayers money and approving the tax rate for the current school year. The total tax rate is the same as last year.

For more information on the Board of Trustees meeting, you can click or tap here.

Our Ector County ISD Board of Trustees approved the tax rate for the 2020-21 school year, and 2 bond-related items that...