Nancy Davis, owner of Amenti Beauty Academy, saw a need for a particular business and began putting her plan in motion back when the pandemic started. 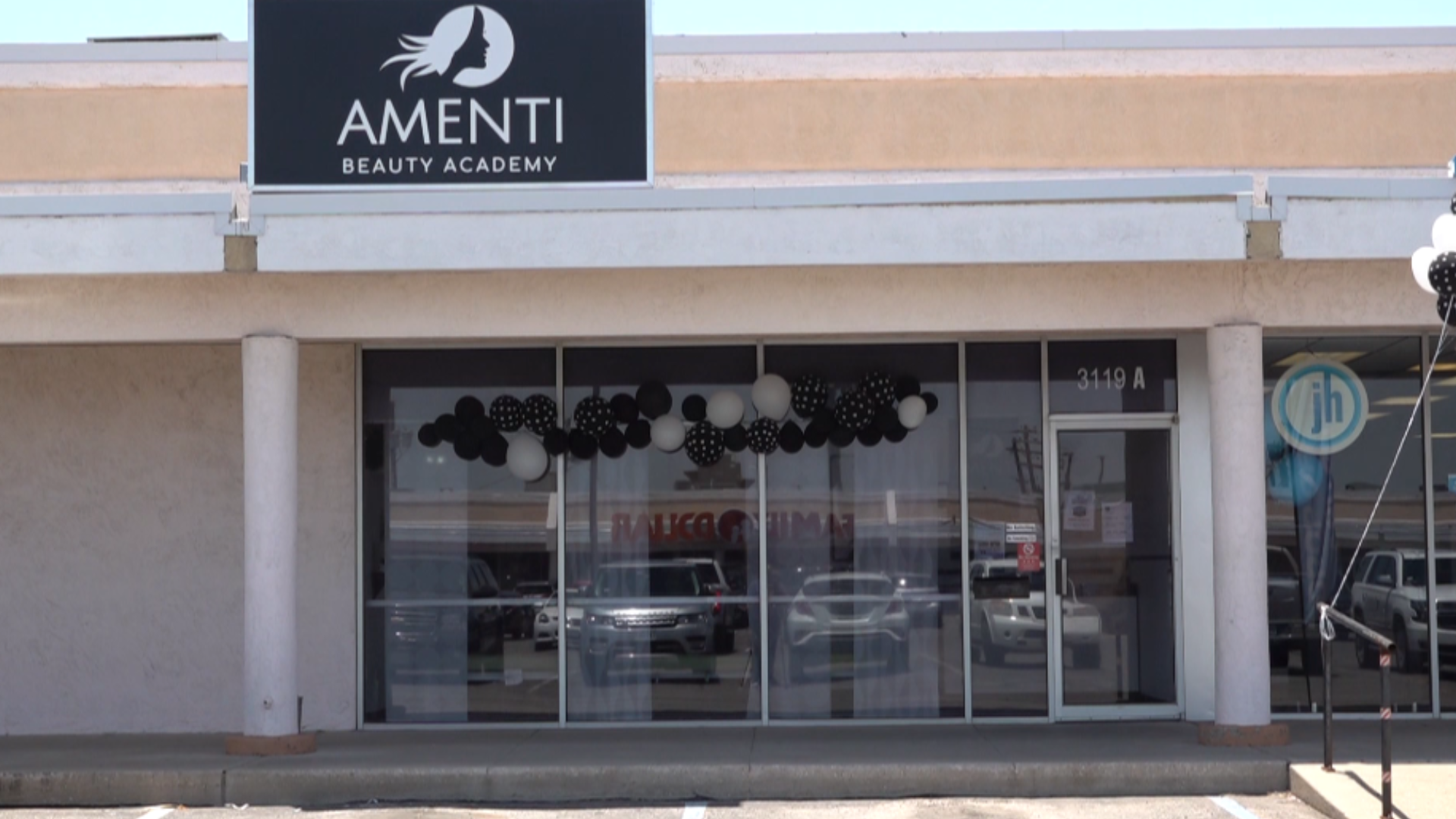 ODESSA, Texas — Starting a business during the pandemic is no easy feat. However, that's exactly what Nancy Davis, owner of Amenti Beauty Academy, set out to do.

Davis saw a need, worked to create a business plan, and the Odessa Business Challenge went a long way to setting her plan in motion.

Still, starting the business was tough.

That didn't do anything to deter her.

"It was really hard starting with the station, that’s when the whole thing with China came up, so my whole station would not come," Davis said. "I had to go with a whole new route. So these are not the original stations I had planned."

Davis wanted to start a cosmetology school, and never lost focus of that goal.

"There really hasn’t been a privately owned beauty school in Odessa for a long time," Davis said. "I really don’t know how long, but it’s been a long time. The next privately owned school is in Lubbock and I always thought that we need to give people a choice."

In 2020, Davis took her idea of a beauty academy to the Odessa Business Challenge.

"So we started right when COVID hit, and we had to change to online and we built our business plan and found our location,"  Davis said. "And in June 2020, I got word that I was one of the final eight. I got to pitch my idea to the judges, and they were blown away by my idea, maybe by me I don’t know, but they decided it was a good thing to have in Odessa."

Despite the good idea, getting it implemented proved challenging during the pandemic.

"My contractors caught COVID, so the building took very long," Davis said. "It’s just one thing after another, then from the city inspection it was delays, delays, delays. That’s why the whole thing took one and a half years."

A little grit and a whole lot of perseverance. The Amenti Beauty Academy is set to open to the public next month.