Construction workers say the Thomason Drive road project could take up to a year. 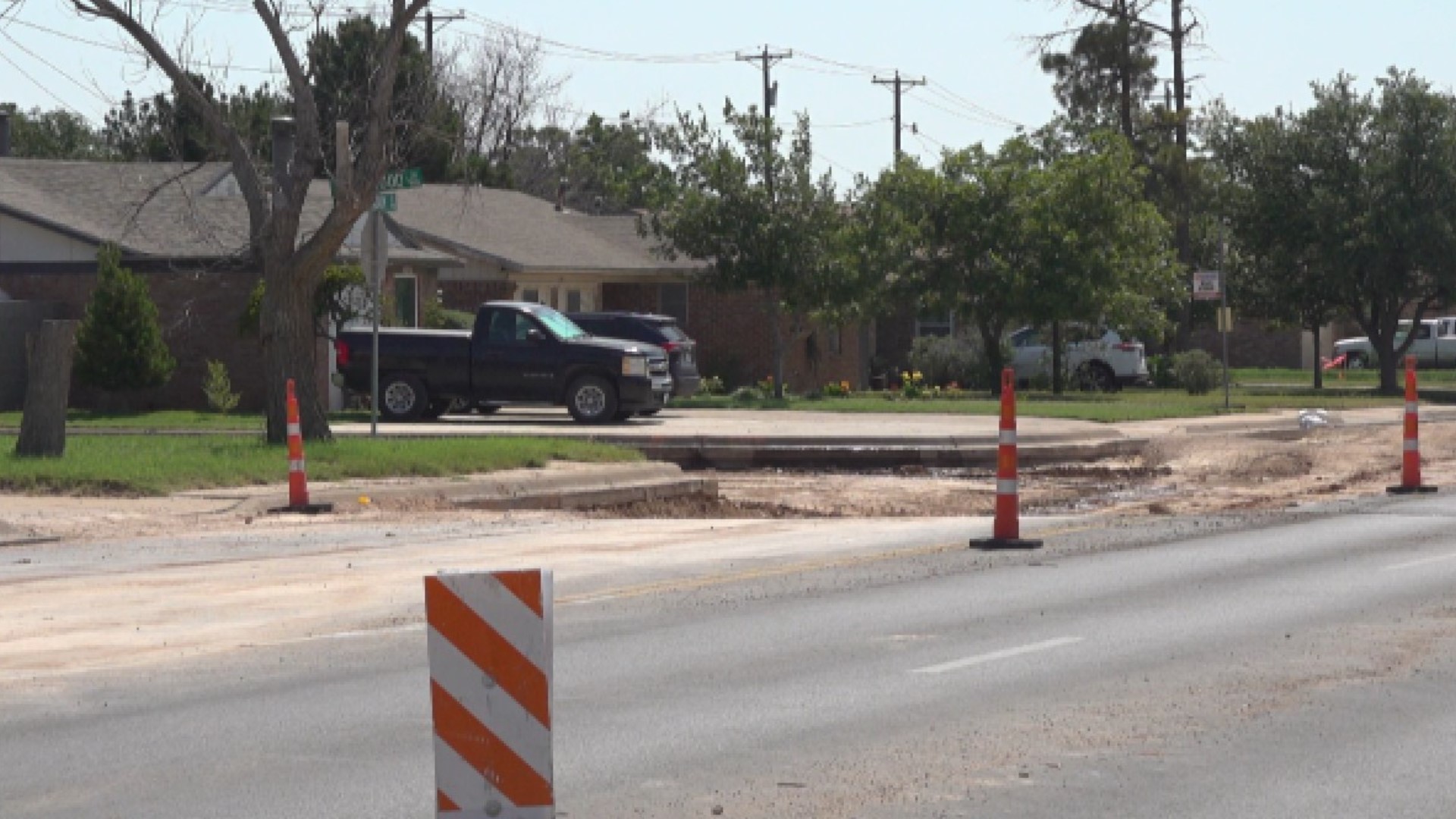 MIDLAND, Texas — Road work is proving to be a hazard and a real headache for people living along Anetta Drive.

"So, this was the street that they were working on," Pam Keel, a resident impacted by construction, said.

Wednesday morning Keel woke up to a massive hole in front of her driveway.

"We couldn't access our driveway or garage at all," Keel said. "They had caution tape across it so we couldn't get into the driveway."

All she was told was that there would be road work, not that her family wouldn't be able to leave the driveway.

"If we had known, we would've gotten the cars out sooner and we would've prepared for where can we park them and safely and make different arrangements for how to get around," Keel said.

There is a similar story a few blocks away on Thomason, though these neighbors had zero notice.

"Nothing at all," Joe Bejil, another resident impacted by construction said. "Nothing in writing or anything. We just had the construction workers out here and then it began."

Bejil hasn't been able to access his driveway for a month.

Though he'll tell you he's one of the lucky ones. He found a way around the construction.

"We actually have access over here on the side that my wife can drive out through the alley, and I asked them to put mounds of dirt back over here in the hole so I could drive out with my truck," Bejil said.

Neighbors are calling it a new kind of road rage.

"I just, I hope it doesn't happen to anybody else, that they communicate clearly what's going to happen and what we need to prepare for," Keel said.