The suspect's attorney tells NewsWest 9, "we believe and maintain that this was a stop based on racial profiling and there was no traffic violation." 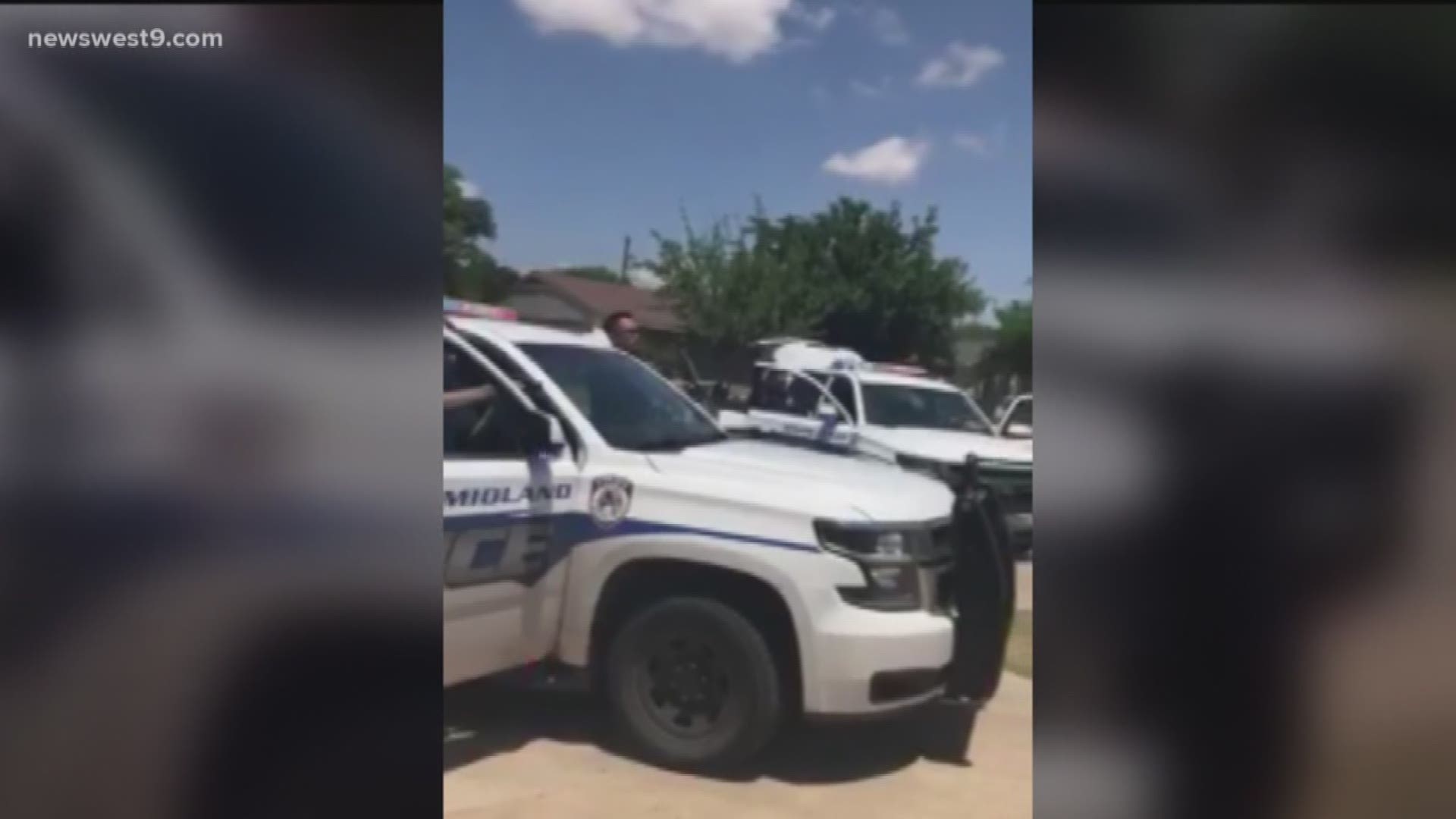 MIDLAND, Texas — A video circulating online over the weekend shows Midland Police officers trying to arrest 21-year-old Tye Anders and drawing their guns on him after they say he failed to stop at a stop sign.

In the video sent to us by Anders, you can see the dramatic altercation that took place Saturday afternoon.

In the background police can be heard telling Anders to listen to them with guns drawn. Meanwhile, family and friends of the young man are shouting at police to not shoot him.

Police did not shoot, but they did end up arresting Anders for evading. He was taken to Midland County Jail and has since been released on bond.

In a statement to NewsWest 9, Midland Police tell us Anders failed to stop at a stop sign and then continued in his vehicle until he arrived at his grandmother’s home on Pine Street.

Police tells us officers directed Anders to exit his vehicle but the suspect refused to cooperate and refused to exit the vehicle.

“Upon exiting the vehicle, officers advised the subject to walk towards them to be detained, the subject then stopped and laid on the ground," MPD said.

It was then when police say an elderly female, Anders' 90-year old grandma, walked towards Anders and stood next to him.

After officers approached him to begin detainment, his grandma appeared to fall on top of him.

Since the altercation, Anders has hired a civil rights attorney out of Dallas, Justin Moore. Moore tells us a different story then police.

"We believe and maintain that this was a stop based on racial profiling and there was no traffic violation," Moore said on the phone.

Moore says Anders was put in handcuffs and placed in the back of the arresting officer’s squad car, where he was then assaulted by another officer, multiple times in the face.

In a statement Moore writes, “Racial profiling and pretext stops have been at pandemic levels in this country for generations. This incident falls within this age-old trend of following black men and arresting them for fabricated reasons.”

Moore tells us he will be holding a press conference Tuesday to share more of Anders side of the story.

We also know Anders has had one previous encounter with police. In January, he was convicted for possessing less than 2 oz. of marijuana, which is a Class B Misdemeanor.

Stay tuned to NewsWest 9 as we continue to follow this story and bring you the latest information as it develops.