The MISD school board called a special meeting Thursday to discuss selections to the citizens' committee. 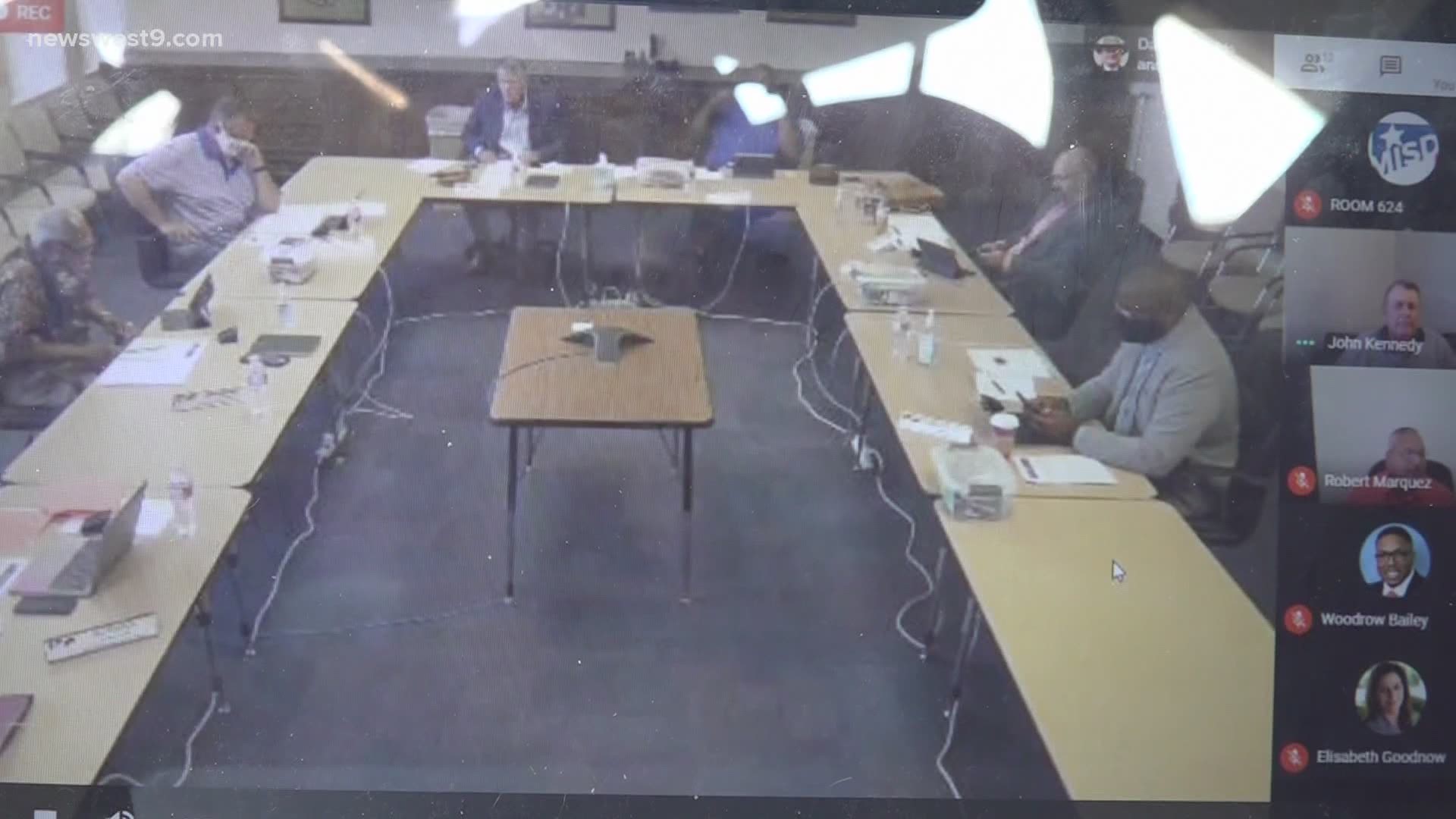 MIDLAND, Texas — The last time the MISD school board met, they decided to vote in favor of changing the names of Robert E. Lee High School and Robert E. Lee Freshmen.

At the special board meeting on August 6, each board member needed to help create a selection committee.

"Each of the seven trustees, we were to turn in our two appointments from each of our single-member districts so that we can ensure there’s representation from the entire district. Then at tonight‘s meeting, we'll be selecting to at-large members and a co-chairman," President of the Board of Trustees, Rick Davis said.

Davis also mentions that the committee will have about three months to put forth recommended names. The committee has a deadline of October 27.

"We’ve asked them to come back to us with one recommendation, at least one but no more than three by October 27 which is our October board meeting. How quickly they do that is up to them. They can come sooner, but we’ve asked that to be the outside deadline," Davis said.

NewsWest 9
Tune into Newswest 9 Thursday night at 10 p.m. to see your suggestions and ideas for the name change of Robert E. Lee High School.

However, even though not everyone can be on the selection committee, Davis is thankful for everyone who was willing to be a part of this committee.

Davis was unable to comment on the financial impact that the name change would have.

However, he did say that he would have a better idea once the committee decided on a new name for the school.