The district said the teacher has been fired. 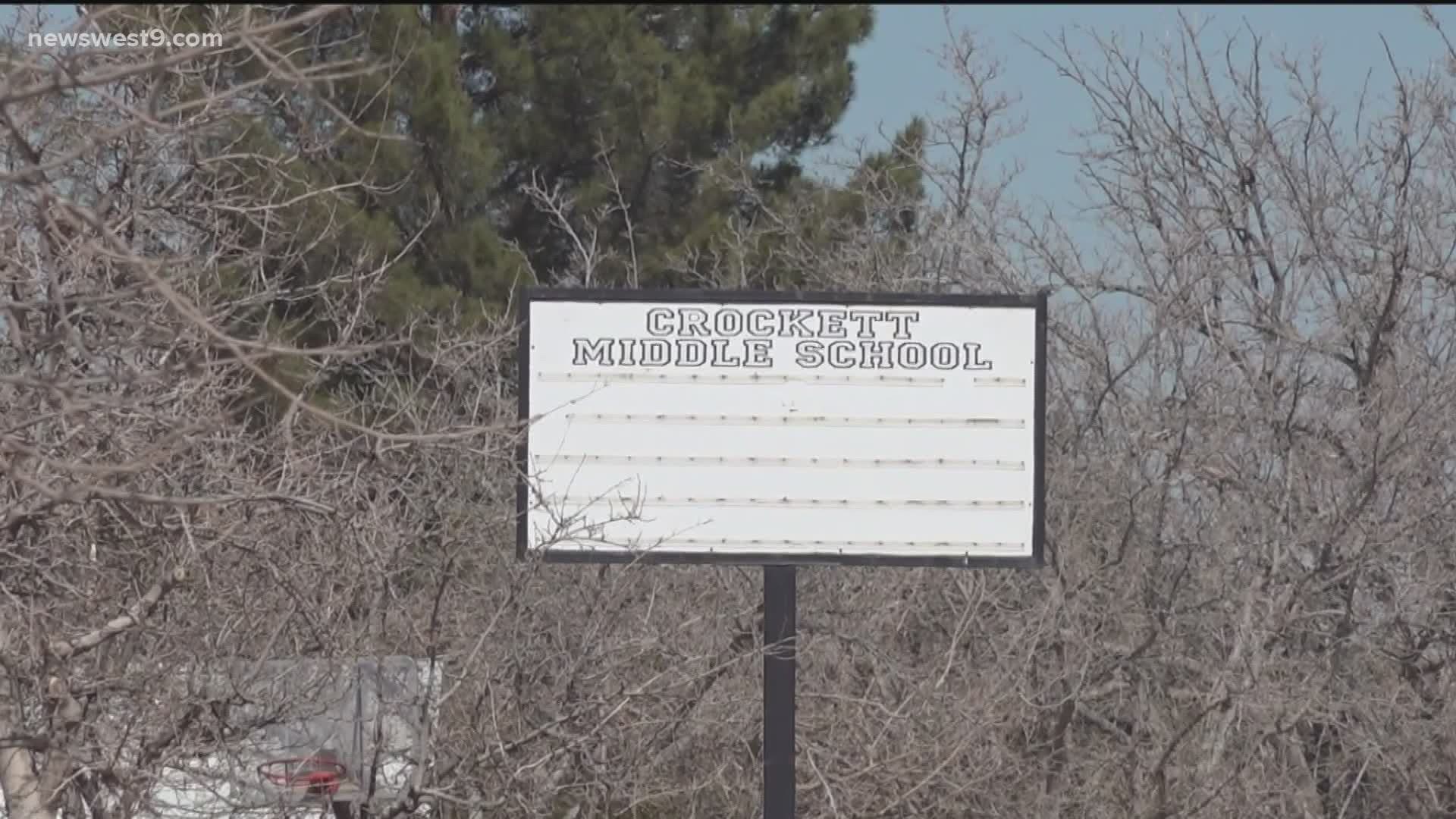 PECOS, Texas — A Pecos teacher has been arrested for an inappropriate relationship with a student.

According to Pecos Barstow Toyah ISD, a Crockett Middle School teacher had been involved in inappropriate communication and behavior with a high school student.

PBTISD says administration and police immediately began an investigation and the teacher was initially placed on leave.

As a result of the investigation, the teacher, who has not been named by the district, was fired and arrested.

In a press release issued by the district, officials said it expects the highest standard of professionalism from employees, and allegations like this are taken seriously.

"We appreciate the thoroughness and immediate efforts of our administrators and the PBTISD Police Department," the press release said.