Neighbors say over the past three weeks, this is the fourth time Big Spring Police have been called to the house. 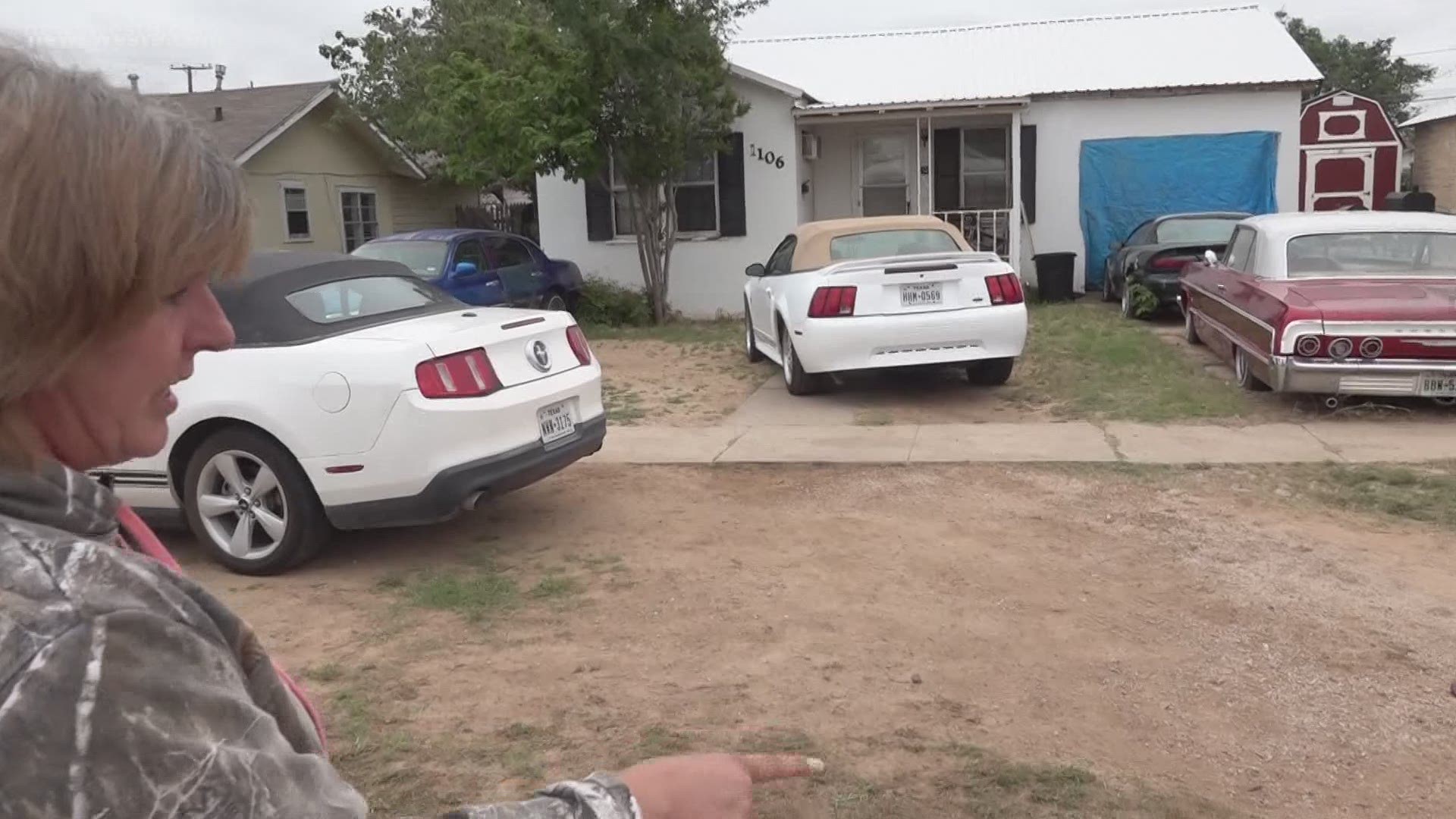 BIG SPRING, Texas — A Big Spring man is dead after a dog attacked him just before sunrise on Tuesday near E 13th Street.

Neighbors tell NewsWest 9 the man was dragged up and down the sidewalk before police arrived.

The victim, 46-year-old John Henry, was transferred to Scenic Mountain Medical Center where he later died. Police say an autopsy has been scheduled to determine his exact manner of death.

FATAL DOG ATTACK: 46-year-old John Henry, is dead after a Pitbull mix attacked him just before sunrise off E 13th St in Big Spring. Neighbors tell us he was dragged up and down the sidewalk before police arrived. @newswest9 1/3 pic.twitter.com/Bi7hmty5Tl

One neighbor was bitten by the dog as he tried to pull the dog off Henry.

“They were all around him just trying to get the dog off him," Traci Myrick, a witness, said. "I just felt so helpless because I couldn’t do anything.”

Myrick, who lives right across the street from where the attack happened, woke up to screaming and her dogs barking, she quickly called 911.

“They had sticks, they had a tire even all throwing it at the dog," Myrick said. "The dog would stop a little bit and then go back to the man."

Myrick, a former dispatch worker, was on the phone with 911 the whole attack.

"I told dispatch we’re going to need an ambulance because you could tell the guy was in pain by the way he was sounding.”

As for who owns the dog, neighbors tell us it is a resident who is living in an abandoned house on the block.

This is not the first time the people living in the abandoned house have caused problems for the neighborhood.

Myrick worries an attack like this one could happen again.

“They do have another Pitbull puppy and it was a Pitbull that did this," Myrick said. "I just think that in general people who think it’s okay to let their dogs run around, it’s not because you don’t know what your dog is going to do when it is away from your home."