The pair said these messages are a reminder for neighbors that they have people to lean on when times get tough. 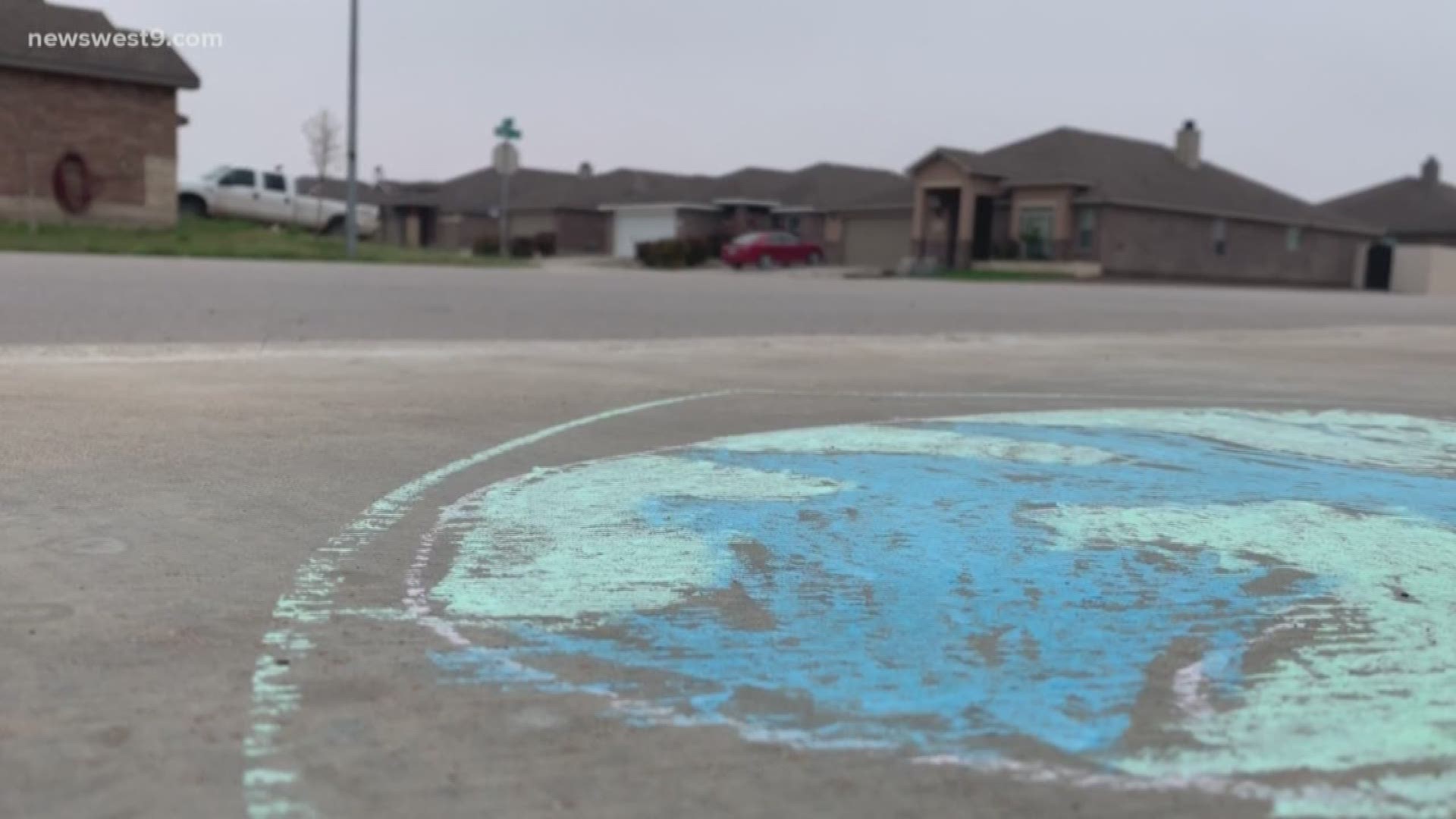 ODESSA, Texas — An Odessa mom and her son are spreading the love around their North Odessa neighborhood with chalk.

They picked a popular sidewalk in their neighborhood to decorate with inspiring and encouraging messages.

"We saw it on social media and thought it would be a great thing to do in our neighborhood and town so I shared it on my personal Facebook page and my neighborhood page and tried to encourage people to come out and write messages or draw pictures," said Kristi Thompson.

With schools and activities canceled it gives children a chance to get out of their house.

"It was already fun getting out of the house and then when I got there it was kind of difficult to know what to do but then I just started drawing," said Landon Thompson.

Kristi said these messages are a reminder for neighbors that they have people to lean on when times get tough.

The pair said it would be "amazing" to see the trend catch on in other neighborhoods around Midland and Odessa.

Midland ISD serving a side of knowledge with their sack lunches

Coronavirus in pets is different from COVID-19