Over 60 restaurants across the nation held a fundraiser to benefit the victims of the Midland-Odessa shooting. 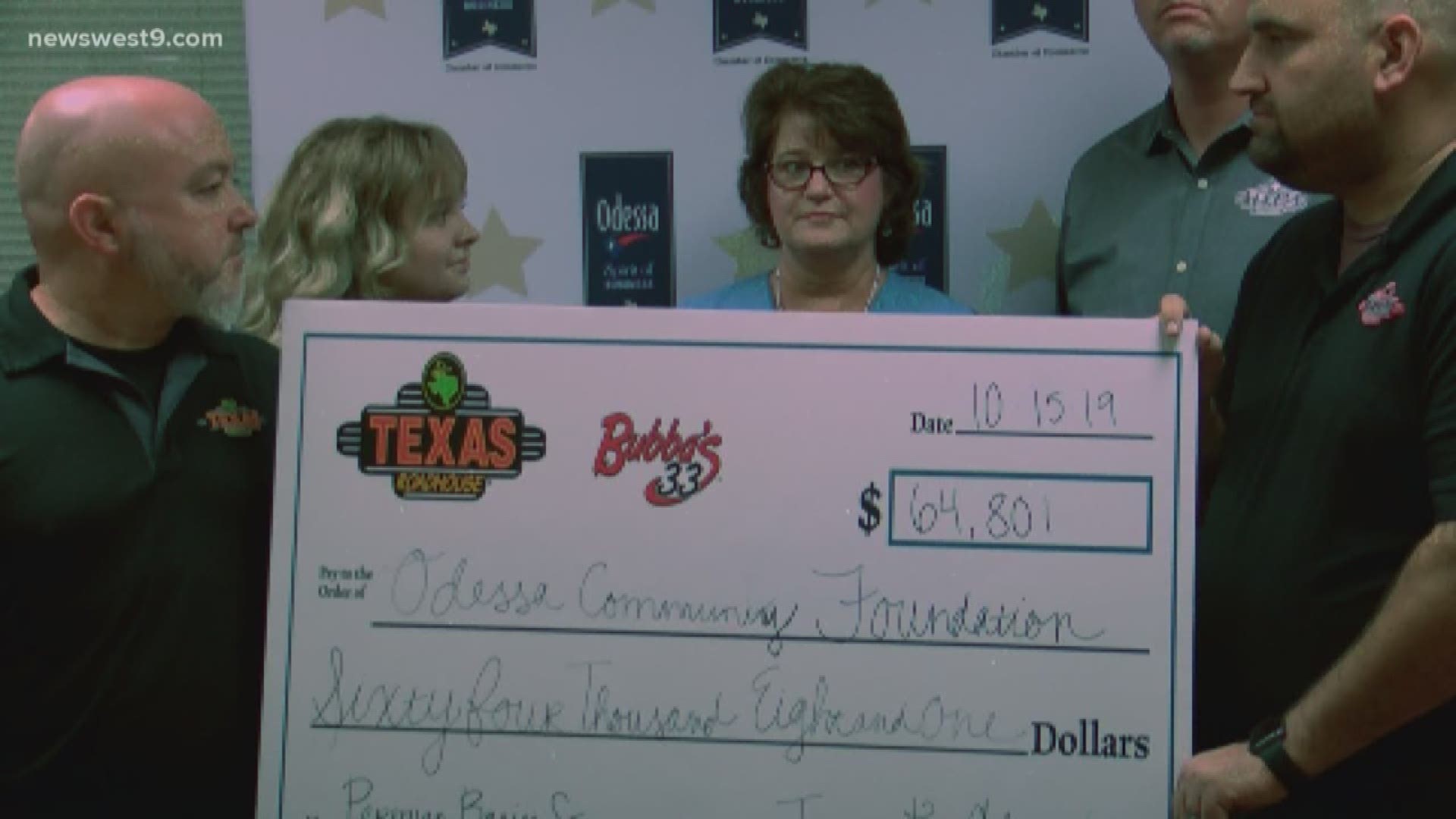 TEXAS, USA — Texas Roadhouse and Bubba's 33 restaurants raised $64,000 for the victims of the Midland-Odessa mass shooting.

After the events of August 31, the restaurants joined forces to hold a fundraiser. Over 60 restaurant locations participated, including those in Texas, Arizona, New Mexico and Oklahoma.

100% of the proceeds will go to the Odessa Community Foundation, which in turn will go directly to the victims of the shooting.