"People from all over the world have been touched by Amelia singing the National Anthem," said Amy Bubenik, Amelia's mother. 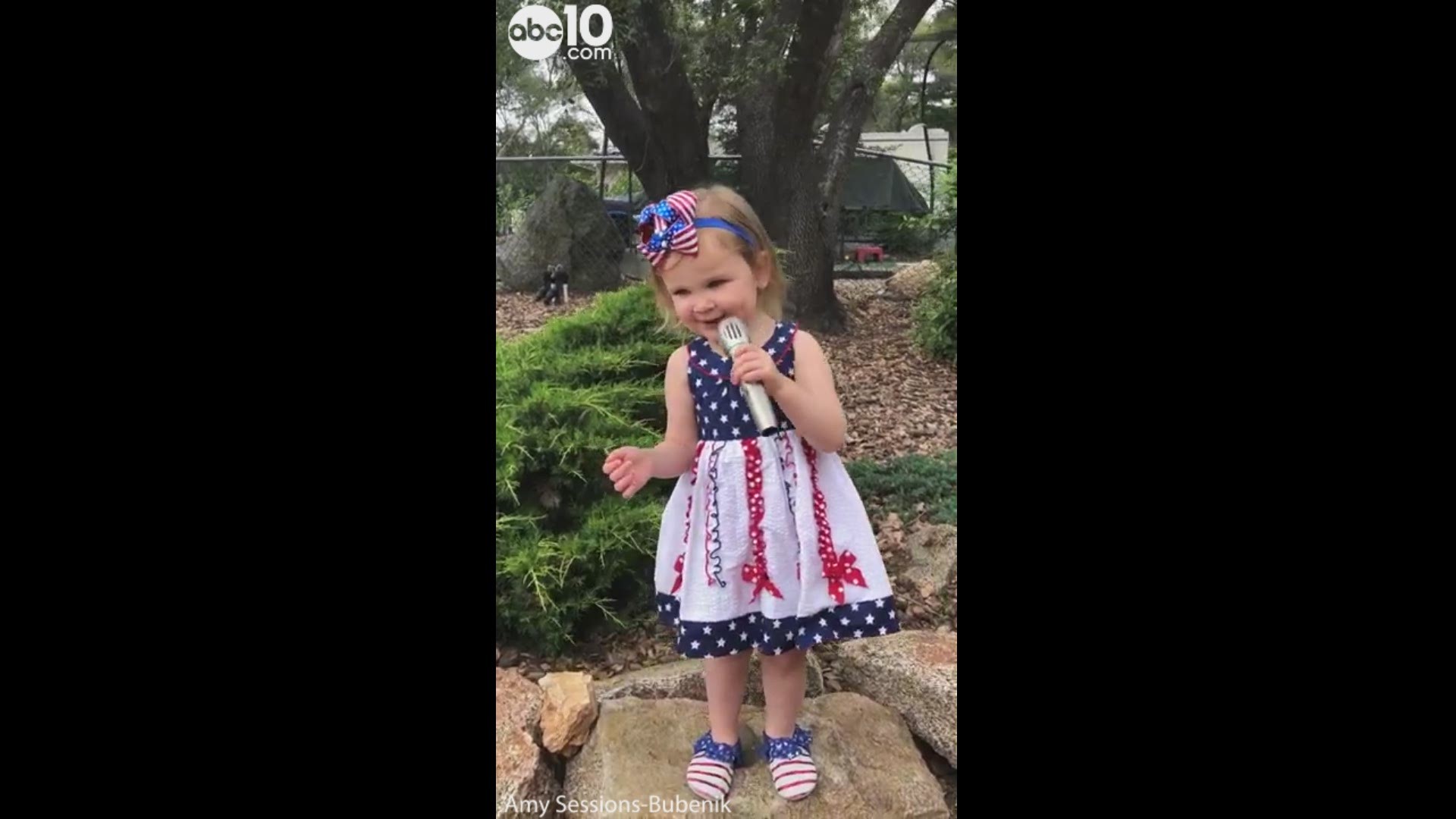 Amelia Bubenik, 2, gained internet fame with her rendition of the National Anthem in honor of Memorial Day.

Her mom, Amy Bubenik, said she noticed Amelia's ability to carry a tune and hit the correct note.

"She loves to sing and often makes up her own songs that actually sound good," Amy said.

She taught Amelia the "Star Spangled Banner" at the suggestion of her own mother.

"We had already noticed last year that she would stop everything she was doing when the National Anthem came on TV for sporting events and televised July Fourth events, and she would try to sing along," Amy said. "I began teaching her two lines a day and within about two weeks she knew the entire song and could sing it on her own."

Amy said she intended for the video she shot of her daughter singing the National Anthem to be shared among close friends for Independence Day, but with Memorial Day coming up, she thought that was as great a time to share it as any.

"I dressed her up in her 'National Anthem' dress, as she calls it, bow, shoes and gave her an old wireless mic that wasn’t hooked up," Amy said. "She belted out the entire thing! It gave me chills as much as probably anyone else who heard it."

Amy said she shared the video on her Facebook page and soon her friends began sharing it.

"I shared it with our local news page ABC10 and it went viral from there," she said.

The video has been shared over 465,000 times on Facebook and more than 54,000 people have commented on the video. Amy said people from all over the world have been touched by Amelia singing the National Anthem.

"One of my favorite comments was from a man in the Democratic Republic of the Congo. He wrote (as translated) 'understood now why America is a superpower,'" she said. "That was incredible to read. How does a baby singing a song provoke a comment like that?"

Amy said Amelia has been a true delight since birth. 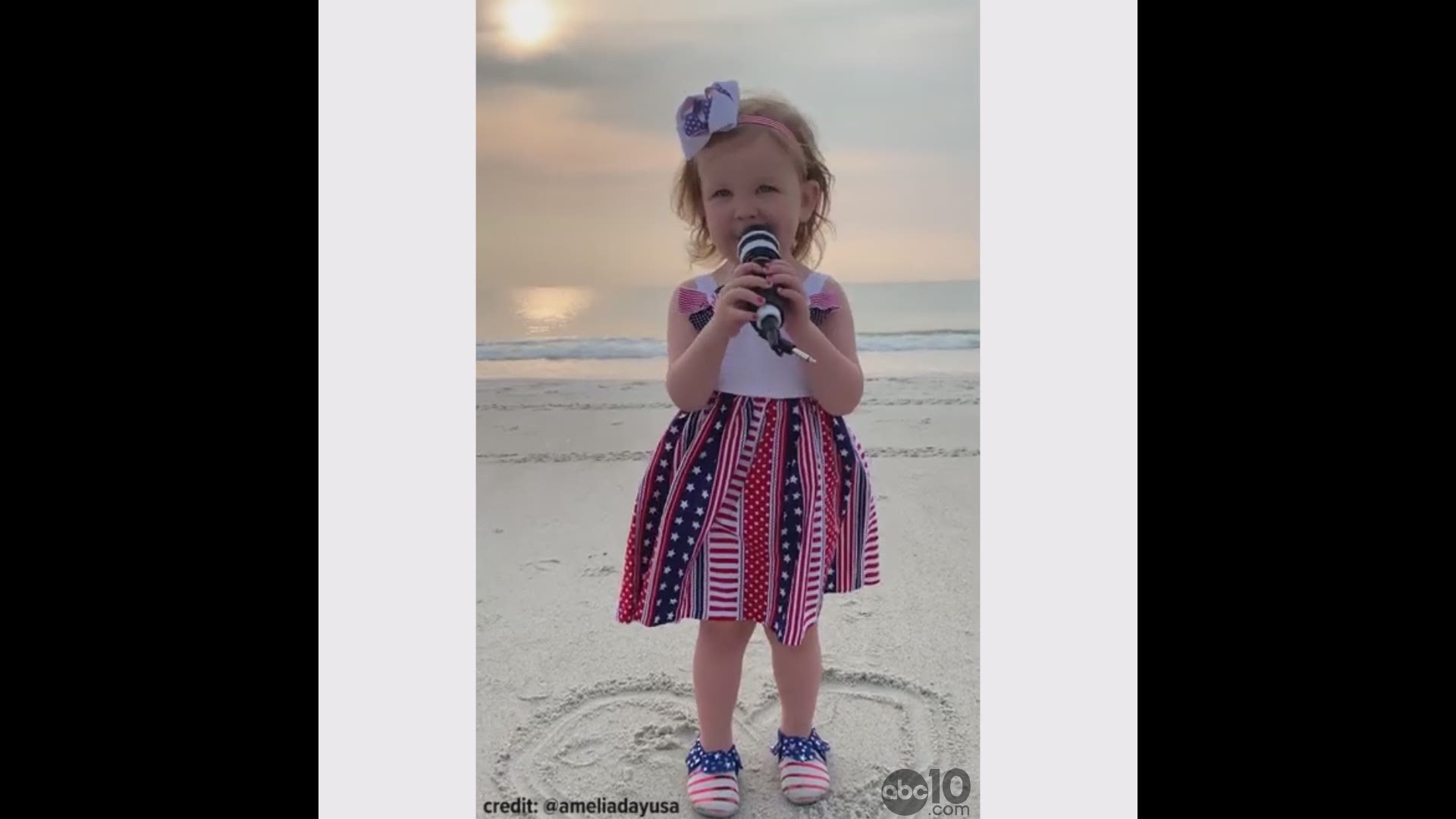 "We love our great country and teach our children the value of being American," Amy said. "We stand behind our military and we feel that, without those who sacrifice, we would not have the freedoms that we have. They deserve our thanks, our prayers and our honor."

This Fourth of July, Amelia is celebrating with her family on the beach in Florida.

WATCH ALSO: A 'safe and sane' guide to using fireworks | Need to know