Groups advocate for and against MISD Bond proposal 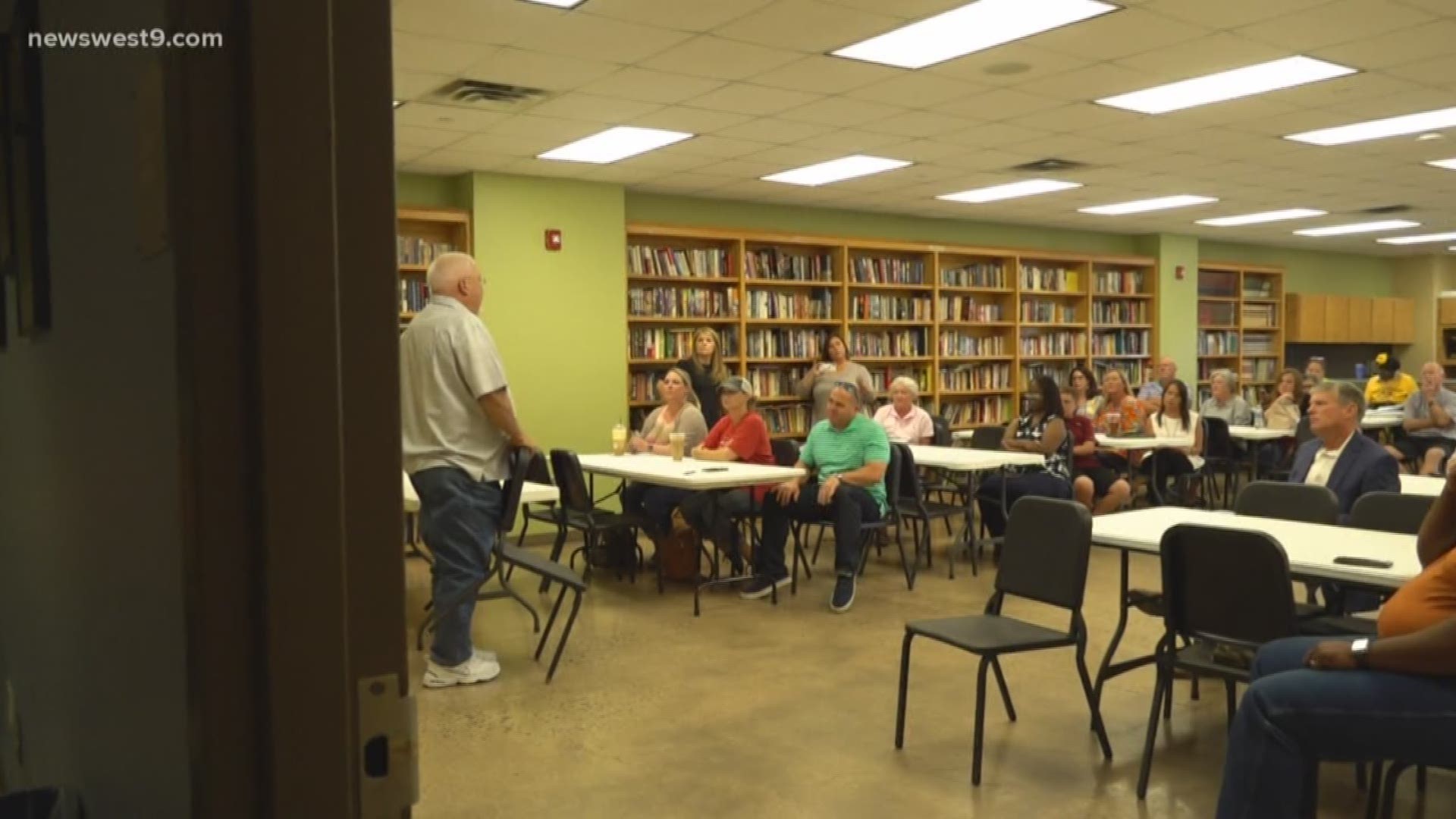 MIDLAND, Texas — Midland ISD is riddled with challenges throughout its secondary campuses. The district is operating with fewer teachers while more students are enrolling in the district.

According to district data, Midland and Lee high schools are operating over capacity. The facilities are designed to hold 2,200 students; as of Friday, Midland High has 2,324 students enrolled while Lee High has 2,305.

In part one of a NewsWest 9 special report, our cameras took viewers into a Midland High AP Economics class with nearly 50 students. We found that is the case in dozens of secondary campuses across the district in core and elective classes.

One reason behind large classes is the fact that the district has fewer teachers – 144 less to be exact. 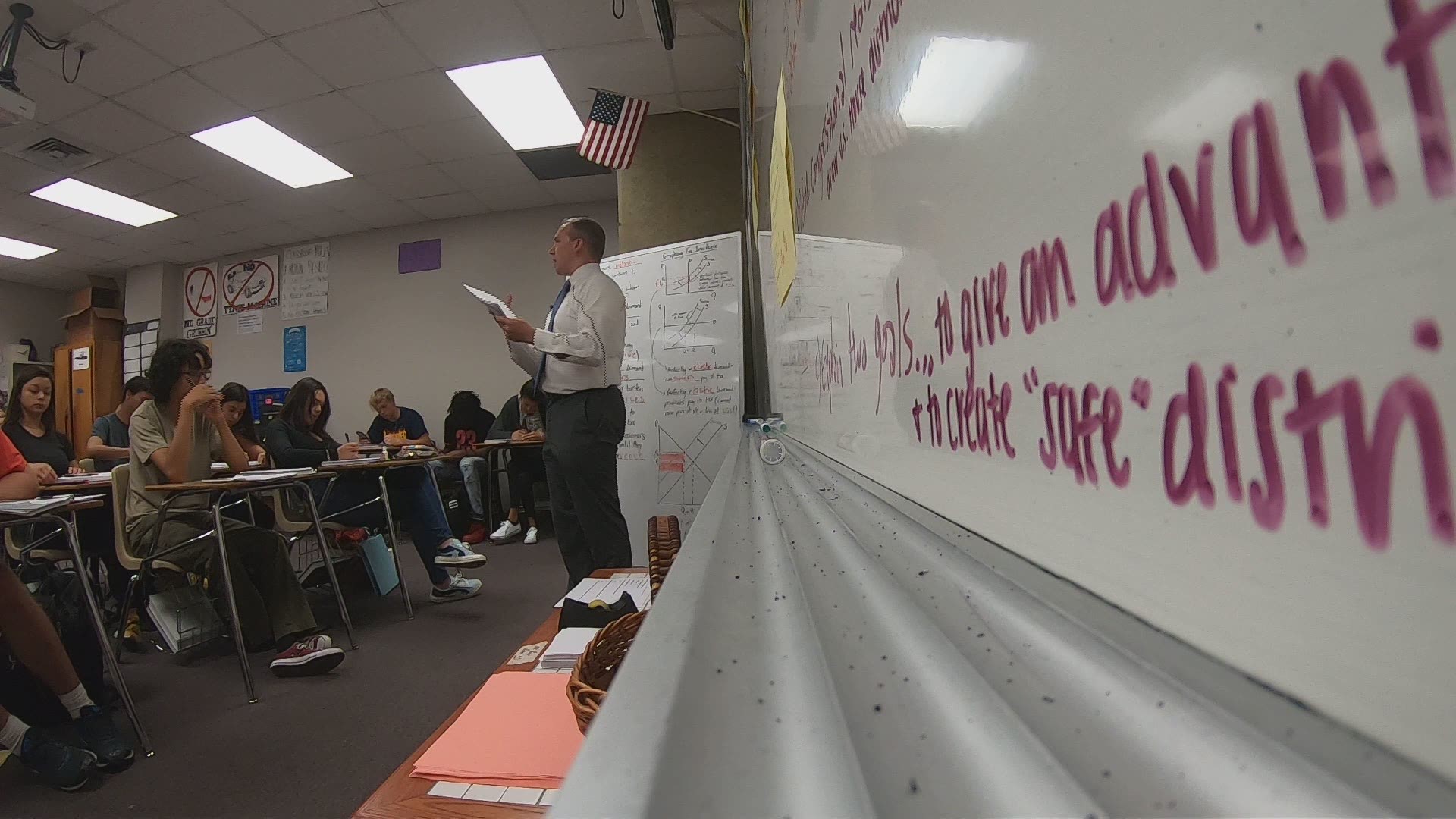 For more than a year, stakeholders across Midland have held a number of town halls and information sessions to inform the public on Midland ISD’s needs and more recently, the bond proposal.

Whether for or against, the meetings are held so that Midlanders can get their questions answered.

NewsWest 9 sat in on a townhall meeting held by a group advocating for a better bond for Midland.

“Everyone involved in this is for a bond. We want to see change. We understand there’s overcrowding issues in some of the campuses. We also understand that there’s significant secondary issues, but we feel there’s other ways for it to be addressed,” Kenye Kay Butts said.

One of the issues the group has with the bond package is that they feel the proposal and those who came up with it, do not accurately represent Midland.

“We would like to see a bigger committee with more input and do more research within the community and go with them, not the MISD board,” Butts said. “Let’s make this a better bond for Midland by listening to Midlanders.”

The official bond committee, made up of 39 people representing areas of Midland, met and took input from the community for a year and a half. The group says that’s not enough.

“No one is saying it’ll take years to come up with another plan. There are already great points that have been proposed. We take that and we get more community involvement to formulate something that will meet all of our needs,” Butts said. “We also feel like teacher retention is a big issue and they really aren’t addressing that. We also aren’t talking about other issues like failing academics within MISD.”

By design, a bond proposal addresses brick and mortar issues or adding more resources like, technology or security measures. It does not address issues like teacher retention and academics. Advocates with Better Bond for Midland say the district should focus on those two issues before new schools can be built.

On the other side of the issue, We Choose Our Future believes despite the district’s challenges, now is the time to pass a school bond.

“A school bond is a way a community can support students and teachers,” Christine Foreman, PAC co-chair with We Choose Our Future said.

Foreman and volunteers have been going door-to-door on the weekends advocating for the bond.

She says based off of feedback the bond committee gathered, making big changes is what Midlanders would like to see.

“That’s what the new Midland wants – we’re ready to grow, we’re ready to change, we’re ready to provide those things for our students,” she said. “When people look at Midland, they see overcrowded, outdated facilities – that’s not their first choice for where they want to bring their kids.”

If voters do not pass the bond, district leaders say they will continue operating as is and continue efforts to recruit and retain teachers.

If enrollment continues to rise, the district will increase its use of portable classrooms. There are 76 portable classrooms being used for junior high, freshman and senior high schools – putting 2,000 secondary students to attend class in a portable.