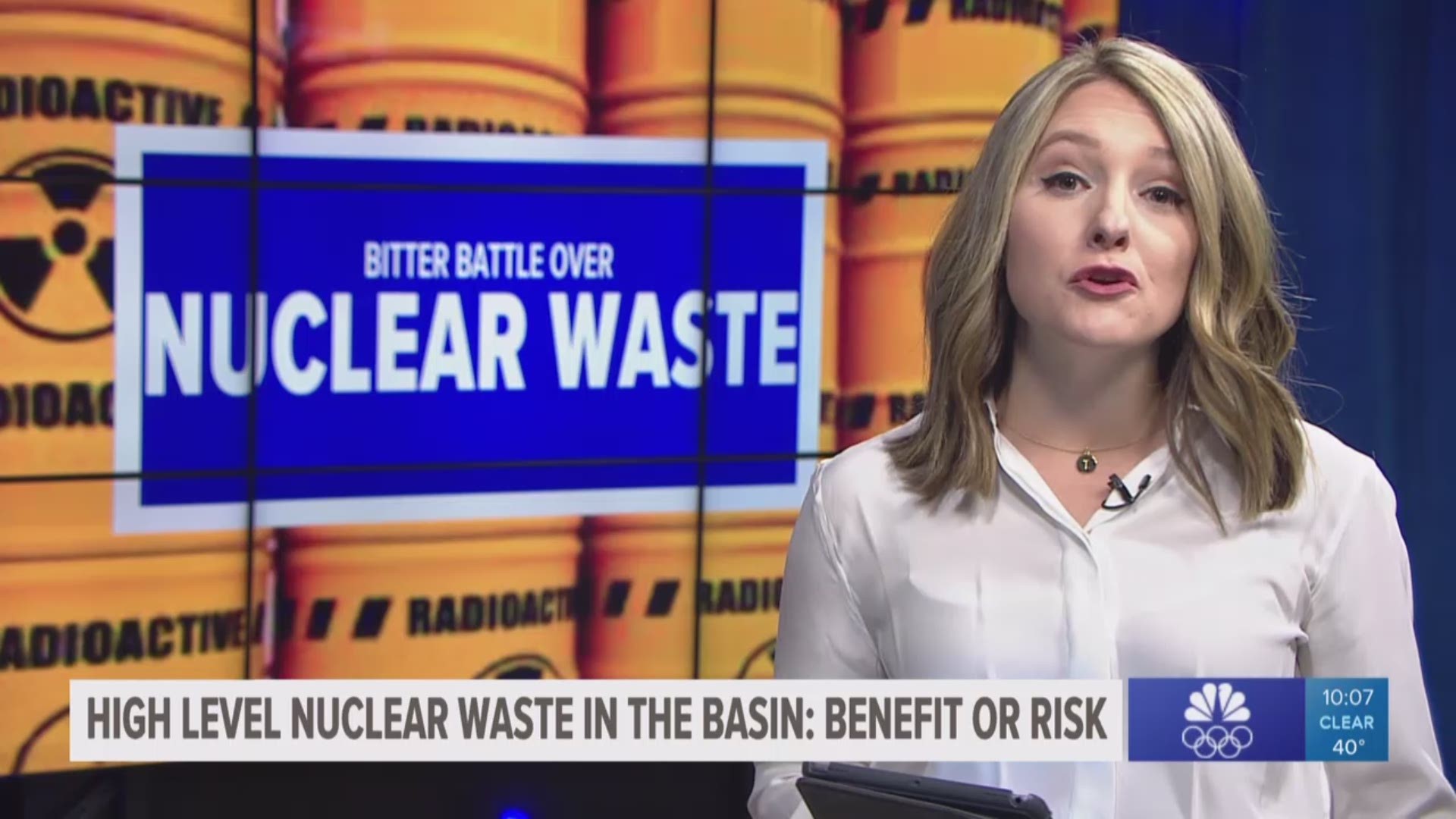 ANDREWS COUNTY, Texas — In Andrews County, Waste Control Specialists (WCS) is in the process of applying for a permit from the Nuclear Regulatory Commission (NRC) to become an interim storage site for 40,000 metric tons of high level nuclear waste.

The term of the permit is 40 years.

However, in Midland Fasken Oil and Ranch and the Permian Basin Land and Royalty Owners (PBLRO) organization oppose the application and are appealing to the NRC.

Tommy Taylor is the Director of Oil and Gas operations at Fasken, and he says the Permian Basin and it's oil fields are the wrong place to bring this type of industry.

To hear the entirety of his concerns and the response of WCS watch the video below. 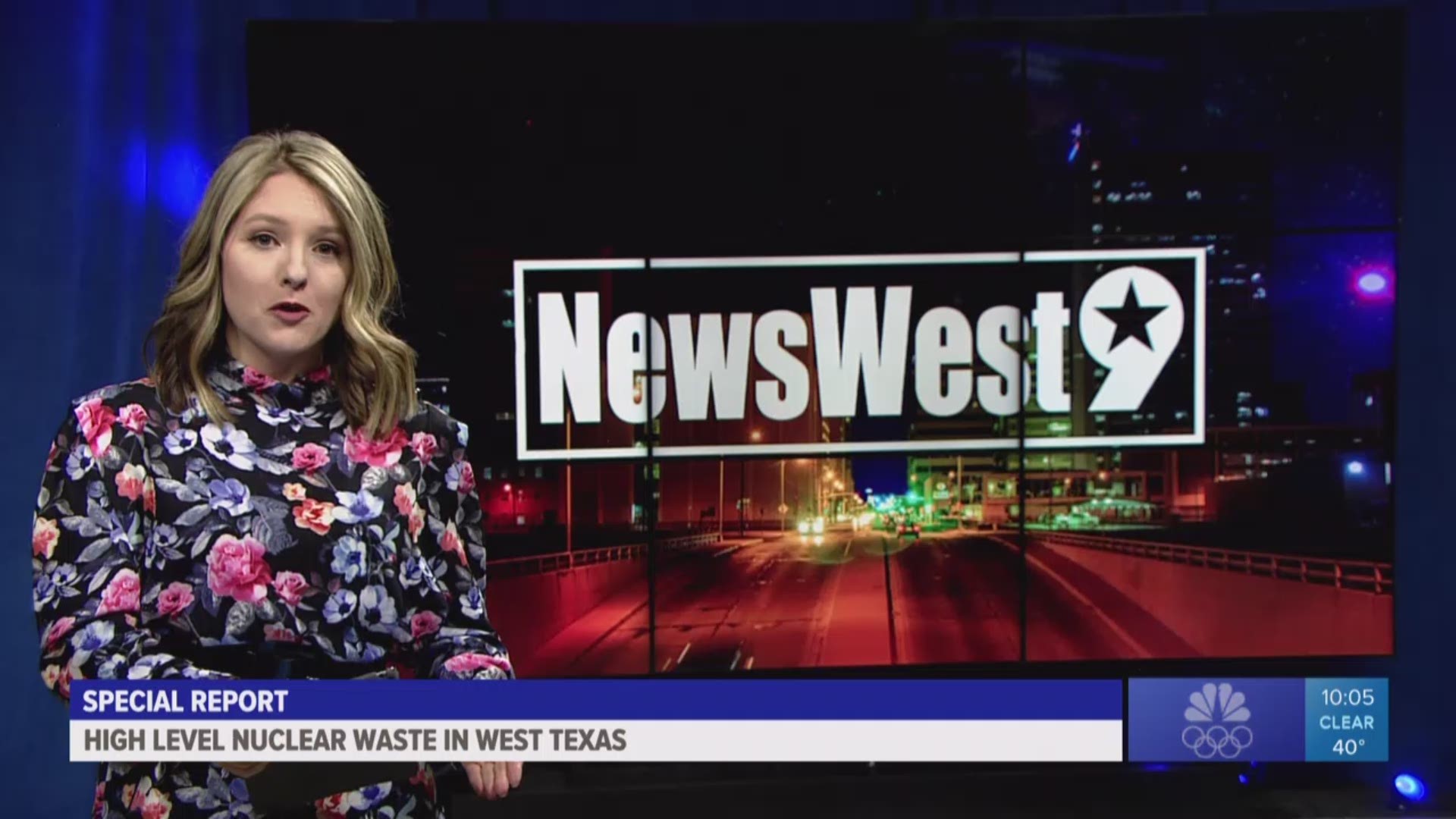 "Why would you put it in the middle of the world's biggest oil field? It defies common sense," said Taylor.

If granted, WCS would build an above ground high level nuclear storage facility, that would be equipped to take the sum of waste in 8 phases.

The high level nuclear waste that would be stored at the WCS facility would be spent fuel rods. This is what's left over after uranium pellets have been placed into metal tubes and then used to generate electricity at a nuclear power plant through fission.

After the fuel is no longer efficient it is placed in a cooling pool for at least two years.

The NRC states that this material is thermally hot, radioactive and potentially harmful.

If a location is chosen to serve as a interim storage site, the spent fuel rods would be removed from their cooling pool and placed in fortified transportation casks and shipped by rail to their new location.

At WCS, representatives say if approved as a interim storage site the spent fuel rods would be placed into robust stainless steel containers fortified by concrete that could withstand natural disasters and explosions.

Representatives like Elicia Sanchez say the science involved in the process of shipping and storing high level waste is so advanced and has so many safeguards that there are no "pathways" to an exposure incident.

Taylor disagrees. "They design these things to be intrinsically safe with a lot of safeguards but yet if you look over time we've had some very serious accidents-Chernobyl, Fukishima, 3 Mile Island," said Taylor.

In an effort to gather public support for their opposition to the WCS application, Fasken and PBLRO have started the website ProtectTheBasin.com. The website offers information, updates on their opposition actions and public hearings. There is also a petition that is available.

Meanwhile Sanchez says the public is invited to WCS so they can be transparent about what they are looking to accomplish and offer informational tours. You can find more info at WCSTexas.com

To see what the Andrews County judge and nuclear experts have to say on this topic, watch this video.

As of November 15, Taylor says his team is waiting to hear back from the NRC on contentions they've submitted to about the WCS application.

If those contentions are not granted, Taylor says his team will appeal to the Nuclear Regulatory Commissioners and take their fight all the way to an appeals court in Washington D.C if need be.