Andrew Smith, 33, started with DPS in 2010 and was a Highway Patrol Sergeant in Falfurrias, officials said. 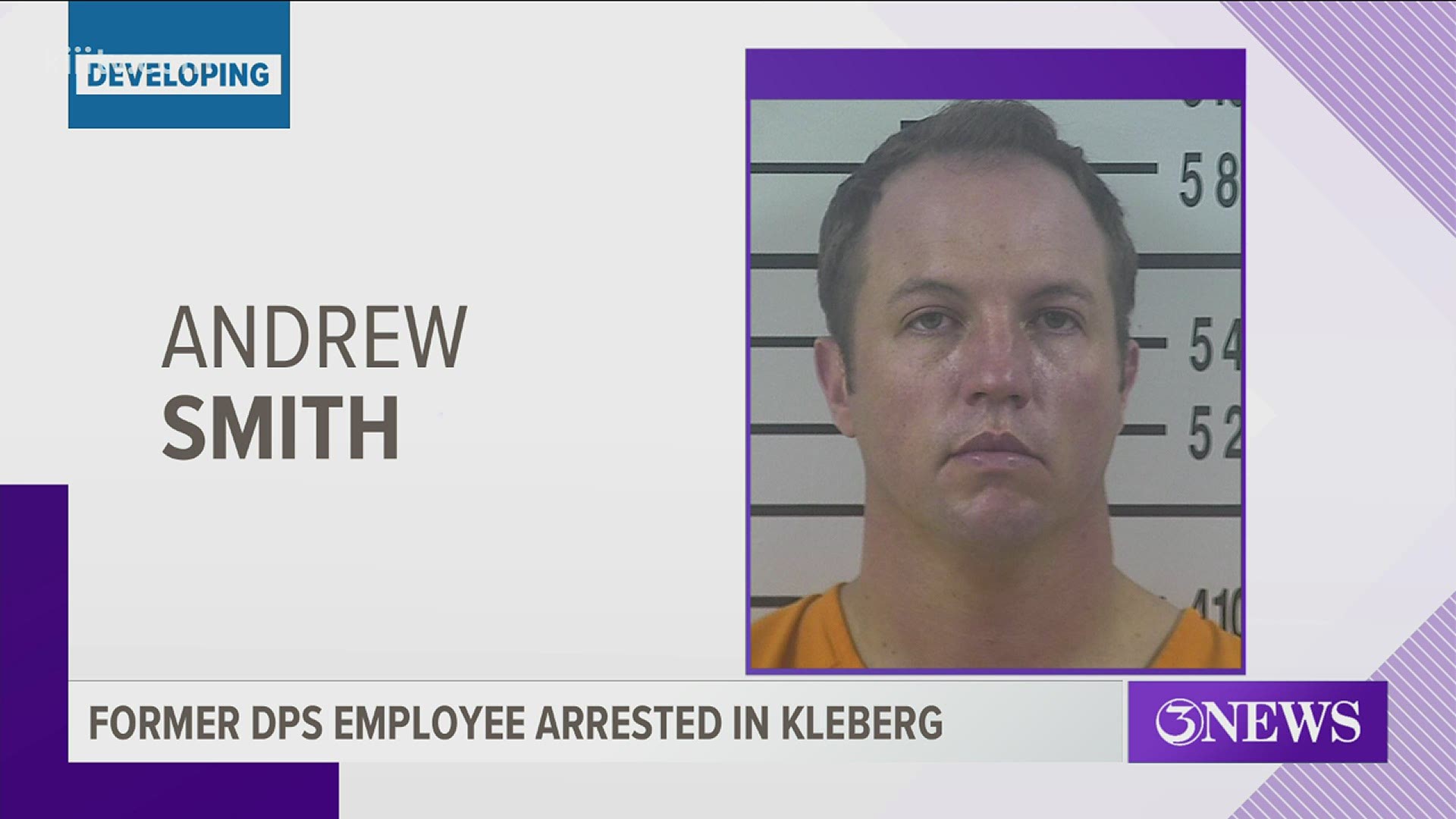 KLEBERG COUNTY, Texas — Texas Rangers arrested a Department of Public Safety Highway Patrol sergeant Tuesday on charges of indecency with a child, a press release from the DPS said.

Andrew Smith, 33, who was about to be suspended from his position, resigned early Tuesday before being arrested, DPS officials said.

Officials said the charge stems from an investigation that was initiated after a juvenile made an outcry on Jan. 8 regarding the alleged off-duty assault.

The subsequent investigation by the Kleberg County Sheriff’s Office, Texas Rangers, and Kleberg County District Attorney’s Office resulted in an arrest warrant being issued for Smith.

Smith was booked into the Kleberg County Jail on the charge of Indecency with a Child – Sexual Contact, a second-degree felony. The investigation remains ongoing.

Smith, 33, started with DPS in 2010 and was a Highway Patrol Sergeant in Falfurrias.

For the latest updates on coronavirus in the Coastal Bend, click here.