Answers coming about the first day of school in ECISD

Typically by now, parents would know things like who their child's teacher is, but this year is anything but typical and parents have some questions. 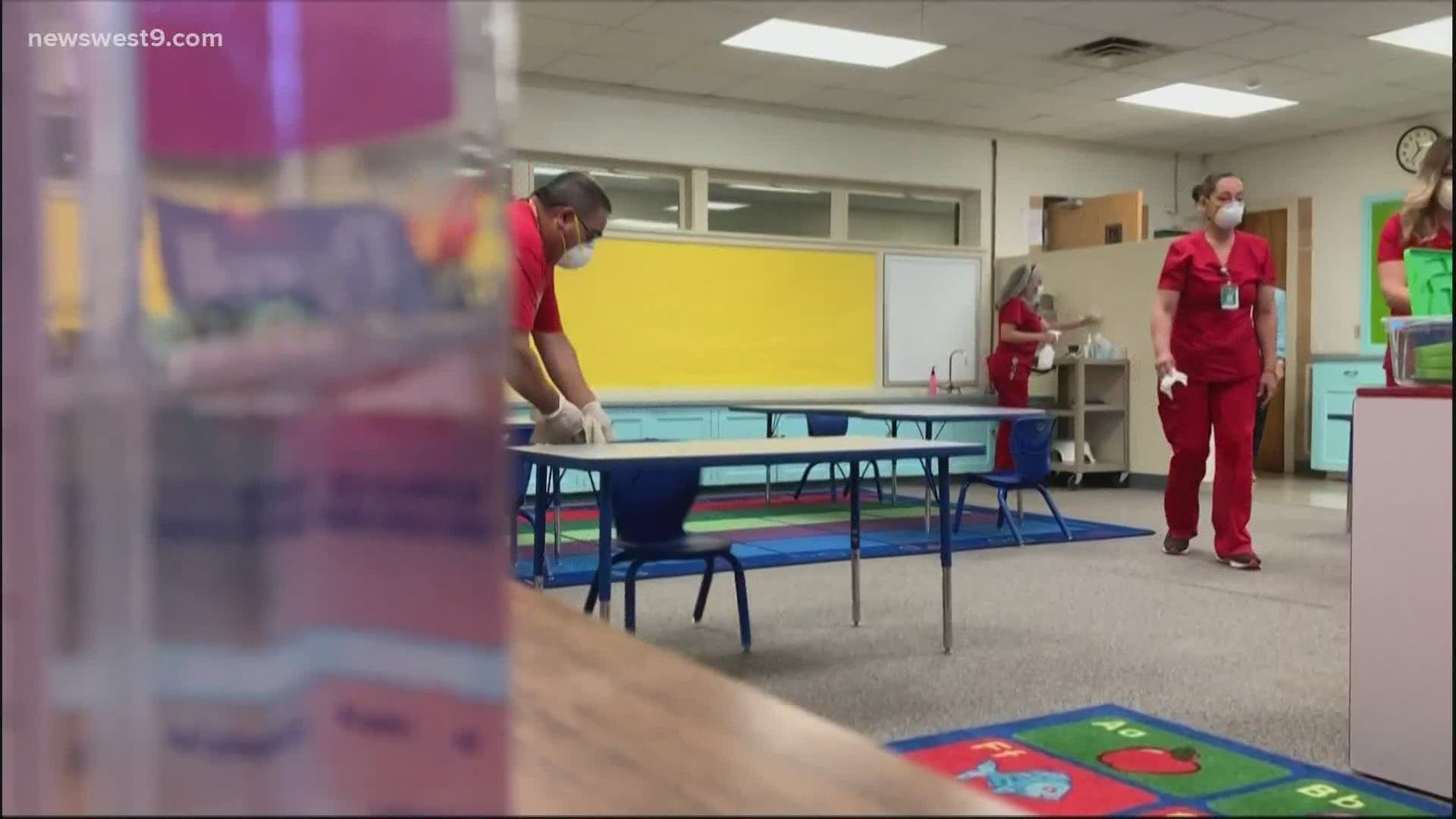 Typically by now, parents would know things like who their child's teacher is, but this year is anything but typical and parents have some questions.

"This is a school year nobody anywhere has ever experienced and so really everything is brand new," said Mike Adkins, ECISD Director of Communications.

With all the uncertainty surrounding COVID-19, there has been a delay in things like school registration and getting information to parents.

"We were gathering as much information as quickly as we could based on what we were able to do according to the guidelines," said Adkins.

Guidelines set by the TEA didn't allow districts to require parents to make decisions about the upcoming school year until two weeks before the first day, which delayed some of the back to school processes.

The district promises more answers are coming before the first day of school by way of a phone call to parents.

"It wasn't until Monday that our schools were able to get that information and start building class schedules, assigned teachers, and getting login information assigned and receive all of the different devices that they're getting," said Adkins.

Adkins said the district is aware that parents are stressed and want answers.

"It's very different and it's coming at different times now. Normally by now schools have already made a lot of these connections, they even have some back to school things planned and on the schedule for parents. Normally schedules are set, teachers are assigned, and its very normal but this is anything but normal," said Adkins.

There will be administrators and teachers that work through the weekend to make sure everything gets finished before the first day of school.