The deputies found 144 lbs of Marijuana in the vehicle. 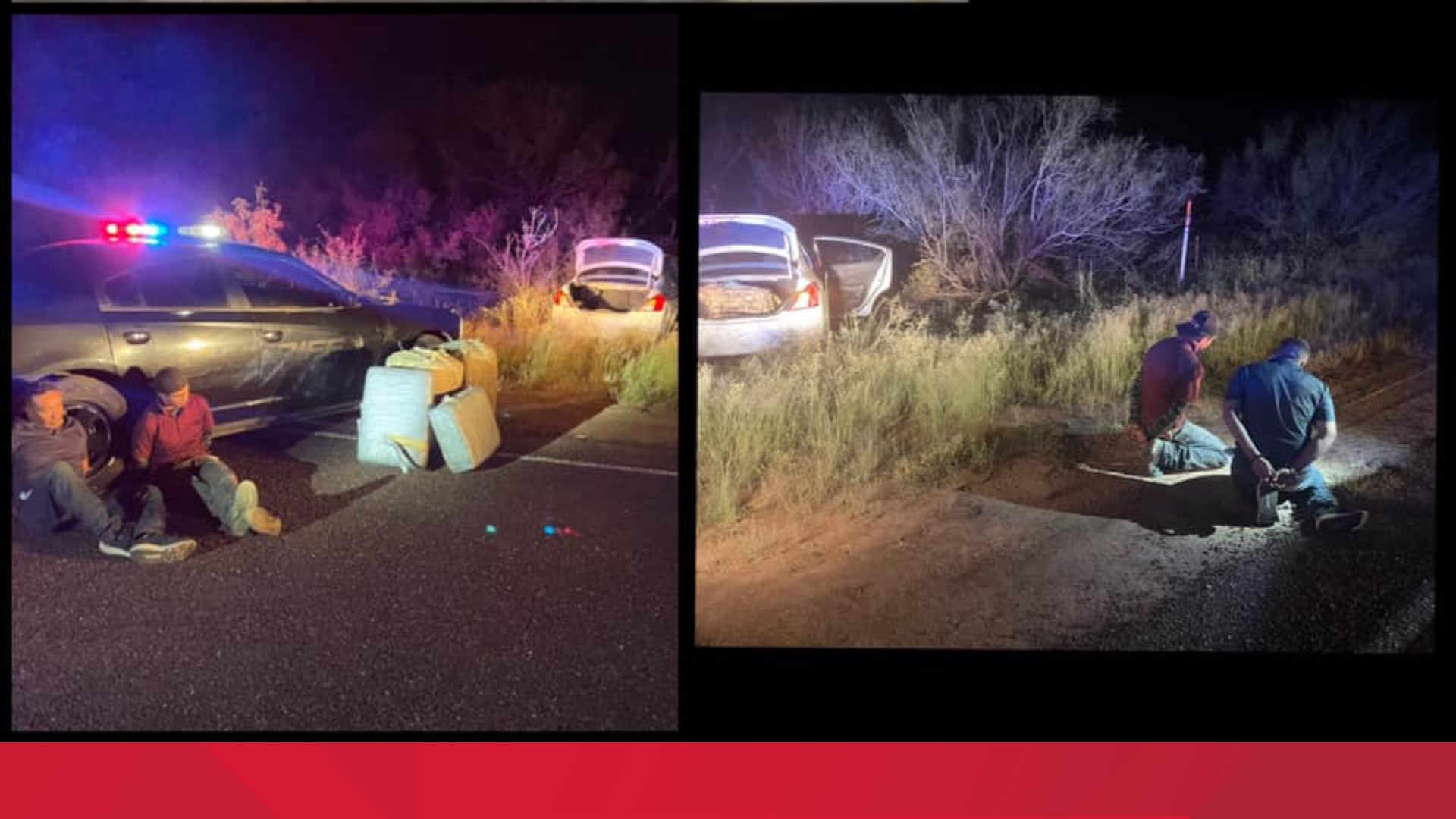 Initial investigations revealed that a vehicle was seen picking up a person carrying large backpacks near Interstate 10.

Deputies followed the vehicle until it went thru a fence and was stopped. The suspects attempted to go into the desert to escape the deputies, but failed to do so.

144 pounds of marijuana was found in the vehicle and confiscated.