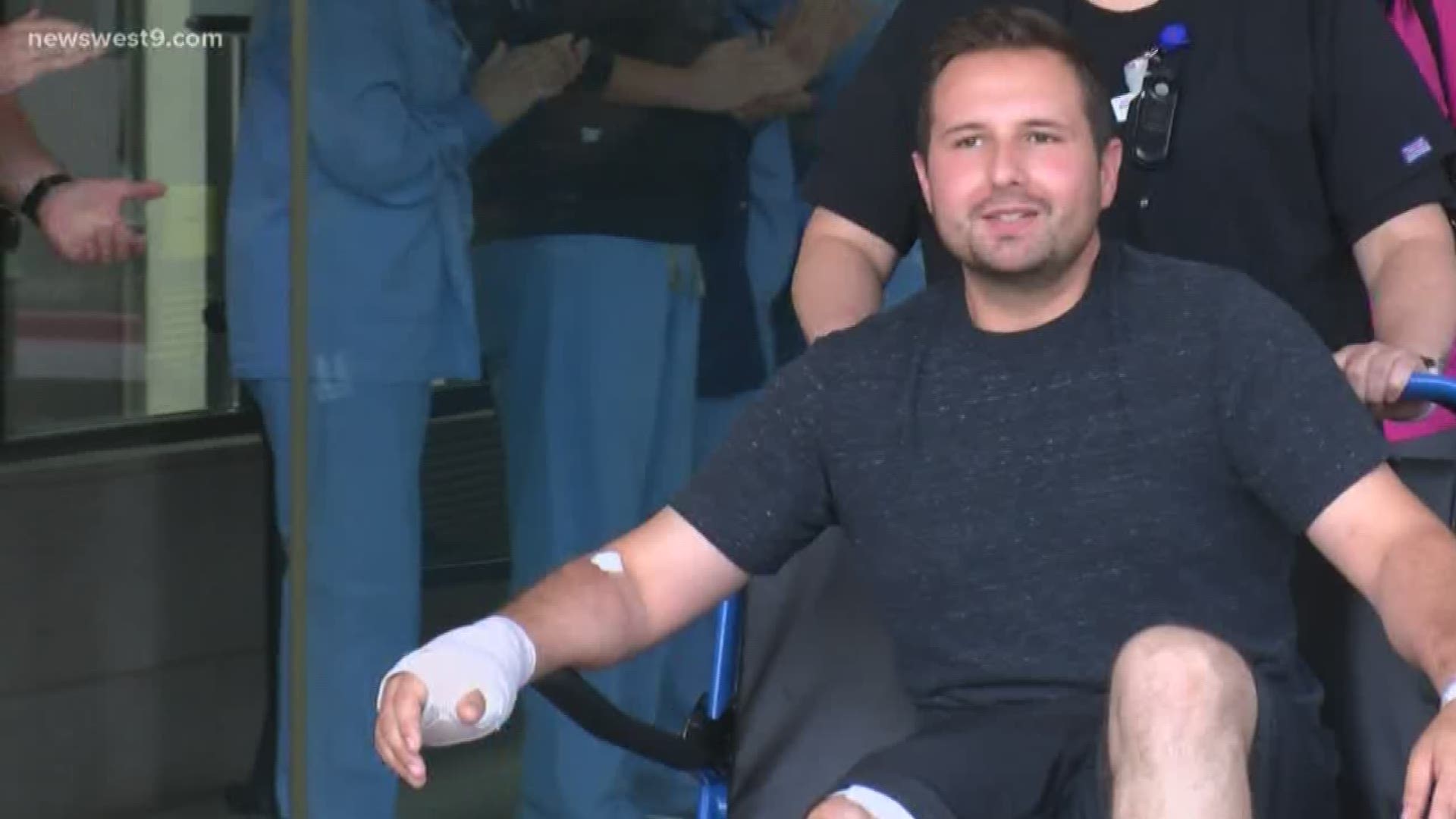 ODESSA, Texas — Officer James Santana was one of the two people released from the Medical Center Hospital on September 4.

At the start of the day the hospital still had 10 victims from the mass shooting that left seven dead and dozens injured. Though with the departure of the two victims through out Tuesday, the hospital was down to just eight victims.

Of those victims, as of Tuesday night, six were in fair condition and two were in serious condition, after one patient was upgraded from critical to serious.

During Officer James Santana's release he was met with a crowd of fellow officers, nurses, doctors, hospital staff, and community members.

Santana was shot in the leg and injured in the hand on Saturday during the final gun battle police had with the shooter in the parking lot of Cinergy.

He was given a round of applause as he made his way out the doors of the hospital into the breezeway.

Family and a load of gifts followed the officer into the van that came to pick him up.

As of right now there is no timetable for when Officer Santana will be able to resume his duty at the Odessa Police Department.

RELATED: "I could tell there was a lot of hate" | Victim recounts escape from Odessa shooter

RELATED: "My heart is broken" | Community mourns the victims of the Midland-Odessa shooting