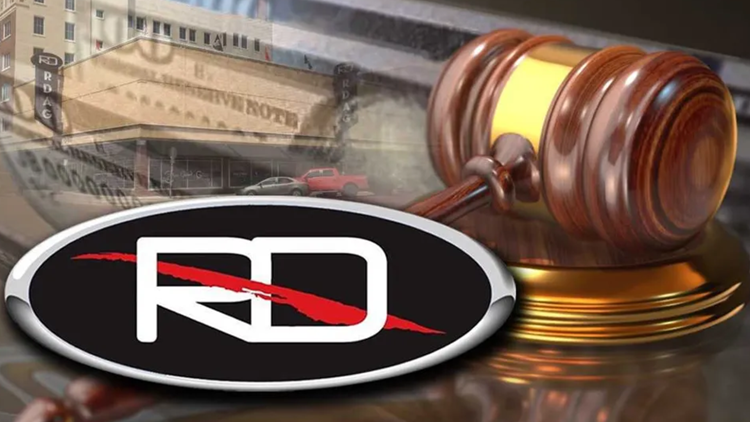 LUBBOCK, Texas — A federal bankruptcy court will hear arguments in an "adversary proceeding" between the Reagor-Dykes Auto Group and Vista Bank, one of its primary creditors. This is a separate lawsuit filed within the case, challenging the auto group's debt claiming Vista Bank took part in fraud.

In court filings Wednesday, attorneys for the Reagor-Dykes estate claim Vista Bank "benefited from and actively facilitated the fraud" that ultimately lead to the Auto Group's bankruptcy. And, according to Reagor-Dykes' attorneys, Vista Bank was able to nearly double its size in two years because "Vista Bank was willing to do things that other banks would not", claiming it coordinated with former Reagor-Dykes CFO Shane Smith.

Vista Bank's legal team rejected the claims, stating it "refuses to be extorted by the criminals who ran Reagor-Dykes".

Reagor-Dykes seeks to recover "multiple millions of fraudulent transfers" from Vista Bank. It seeks to disallow Vista Bank's claimed lien against a $2 million certificate of deposit. Reagor-Dykes also wants to recover some money that was transferred from its Vista Bank accounts.

The proceeding is set to begin July 29.

Read more on the Reagor-Dykes lawsuit on FOX34.com.