Mysterious Ohio high school football team plays in Canton on ESPN: Why is there no information about the school? 3News digs for answers 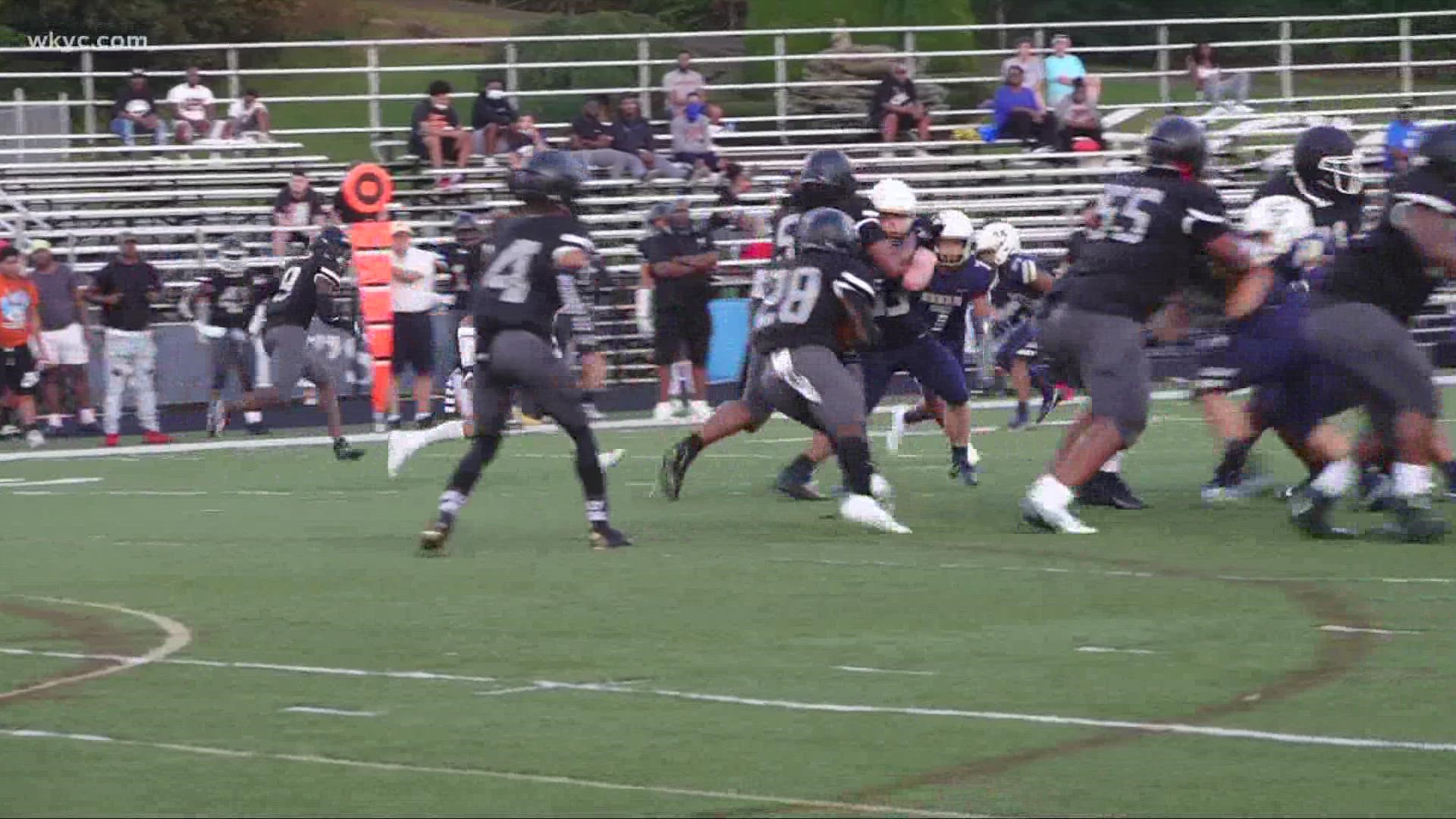 CLEVELAND — Sports fans are buzzing about a football game involving an Ohio high school team that is leaving unanswered questions about its legitimacy.

“Bishop Sycamore told us they had a number of division one prospects on their roster. To be honest, a lot of that we could not verify,” one commentator could be heard saying during the game.

Florida’s IMG Academy would go on to shut out Bishop Sycamore, 58-0.

It also appears that the same Bishop Sycamore squad had just played on Friday night in western Pennsylvania against Sto-Rox, losing 19-7.

ESPN released a statement saying quote "we regret that this happened and have discussed it with Paragon, which secured the matchup and handles the majority of our high school event scheduling. They have ensured us that they will take steps to prevent this kind of situation from happening moving forward."

Bishop Sycamore is a school allegedly from the Columbus, Ohio area. The Ohio High School Athletic Association said the school is not within their membership, therefore, they do not follow the association's rules.

According to 3News’ search, the school's website offered almost no information about where the school is, what kind of school it is or any contacts. The only content provided on the website was about the football team. The team's social media accounts showed the same.

3News went digging to find out who schedules the teams and who vets them.

The Hall of Fame Village told 3News it isn’t in charge of team selections, or the vetting process.

In a final attempt to get some answers, 3News reached out to Paragon and is still waiting for a response.