The job market and the broader economy have been slowed in recent weeks by the delta variant. 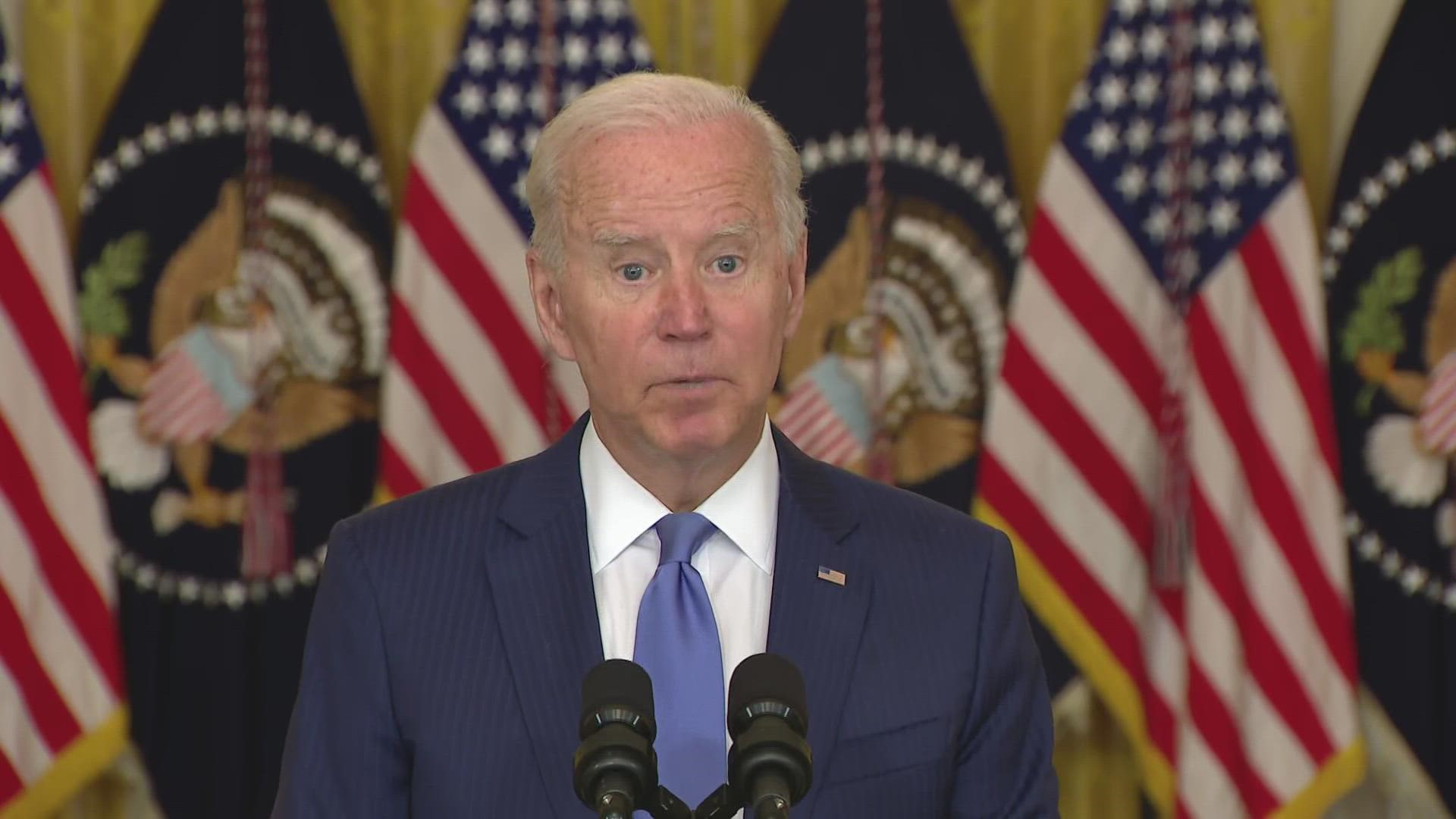 WASHINGTON — The number of Americans seeking unemployment benefits moved up last week to 332,000 from a pandemic low, a sign that worsening COVID infections may have slightly increased layoffs.

Applications for jobless aid rose from 312,000 the week before, the Labor Department said Thursday. Jobless claims, which generally track the pace of layoffs, have fallen steadily for two months as many employers, struggling to fill jobs, have held onto their workers. Two weeks ago, jobless claims reached their lowest level since March 2020.

The increase was small and may be temporary. The four-week average of jobless claims, which smooths out fluctuations in the weekly data, dropped for the fifth straight week to just below 336,000, the lowest since the pandemic began.

Separately, the Commerce Department reported that retail sales unexpectedly rose 0.7% last month, a sign that Americans kept spending despite the rise in coronavirus cases. But how they spent continues to be altered by the pandemic. Online shopping jumped in August but spending at restaurant, bars and other businesses that rely on crowds, appear to have gone into a holding pattern.

Unemployment aid applications jumped 4,000 in Louisiana, evidence that Hurricane Ida led to widespread job losses in that state. Ida will likely nick the economy's growth in the current July-September quarter, though repairs and rebuilding efforts are expected to make up for some of that in the coming months.

Still, Ida shut down oil refineries in Louisiana and Mississippi about two weeks ago and left more than 1 million homes and businesses without electricity. But Ida's impact was limited: Applications for jobless aid fell slightly in Mississippi.

The job market and the broader economy have been slowed in recent weeks by the delta variant, which has discouraged many Americans from traveling, staying in hotels and eating out. Earlier this month, the government reported that employers added just 235,000 jobs in August after having added roughly a million people in both June and July.

Hiring in August plummeted in industries that require face-to-face contact with the public, notably restaurants, hotels and retailers. Still, some jobs were added in other areas, and the unemployment rate actually dropped to 5.2% from 5.4%.

The steady fall in weekly applications for unemployment benefits coincides with a scaling-back of aid for jobless Americans. Last week, more than 8 million people lost all their unemployment benefits with the expiration of two federal programs that covered gig workers and people who have been jobless for more than six months. Those emergency programs were created in March 2020, when the pandemic first tore through the economy.