There have been 31 incidents during 2019 in United States in which a shooter has killed 3 or more people. 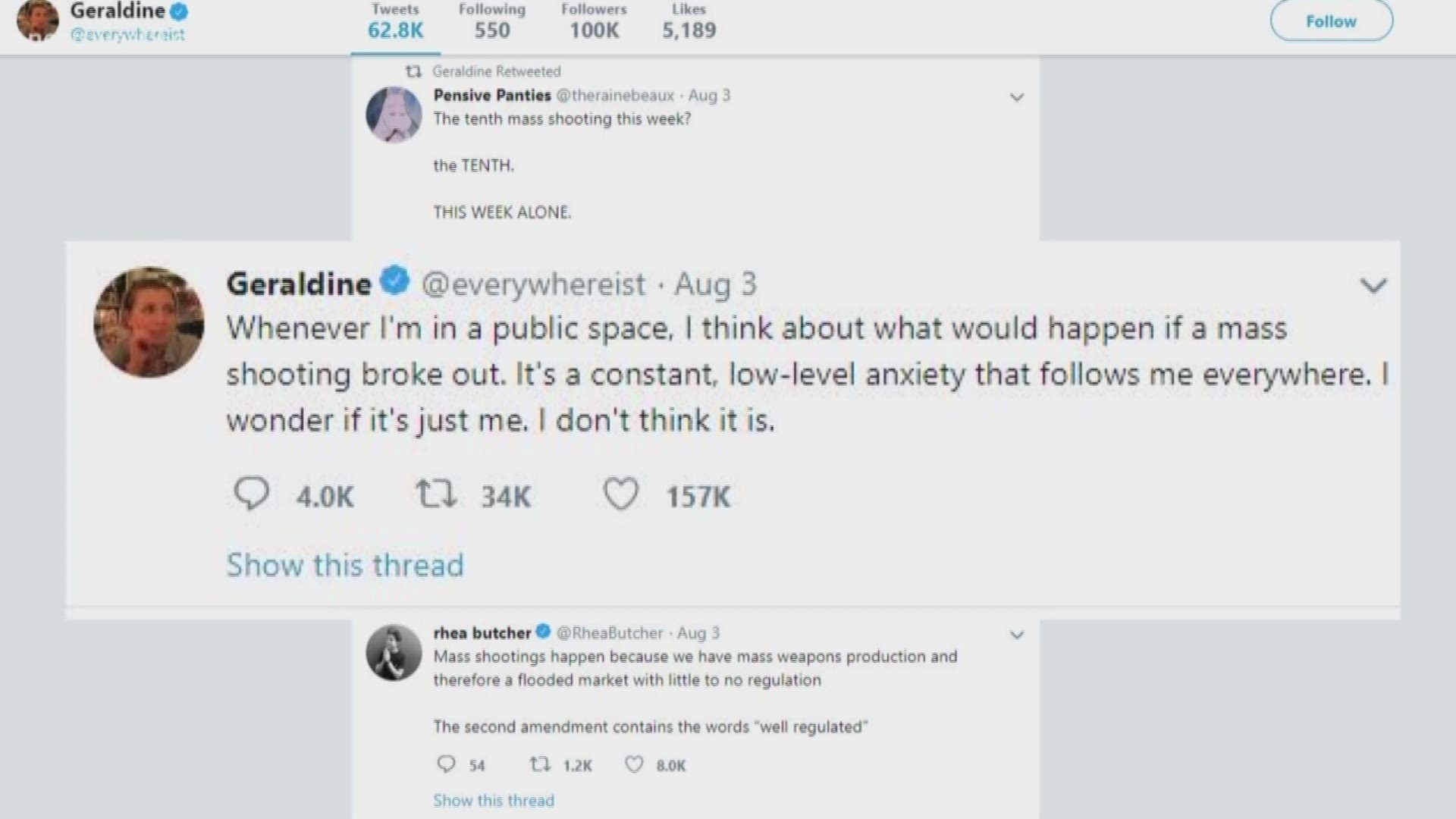 MIDLAND, Texas — From the massacre of 22 people at a Walmart in El Paso, to the nine killed outside of a bar in Dayton and three more at a garlic festival in California-there have been 31 incidents this year in the United States in which a shooter has killed three or more people.

This troubling trend is leaving some people to confess to a constant unsteadiness on social media.

This tweet from August 3rd was liked more than 157,000 times. A response to that tweet receiving more than 1500 more likes.

Is constantly calculating exit strategies or watching over your back just the new normal?

Tall city therapist Lewis Busbee doesn't think it has to be.

"I recommend having open communication with your friends and family, talking about these things, if you hold it all within yourself and you start to worry of course you're going to form an anxiety disorder," said Busbee.

Busbee says he has seen an uptick in people here in Midland struggling with mass shooting anxiety.

"I think anytime you have a lot of violence, a lot of social media presence you're going to increase the presence of anxiety and some fear," said Busbee.

"Most times people have anxiety or panic attacks is because they're thinking about something in the past or in the future that doesn't exist," said Busbee.

For some people, they can recognize this on their own and incorporate techniques to reduce their anxiousness. While Busbee recommends those who can't or feel too introverted to seek a therapist's help.