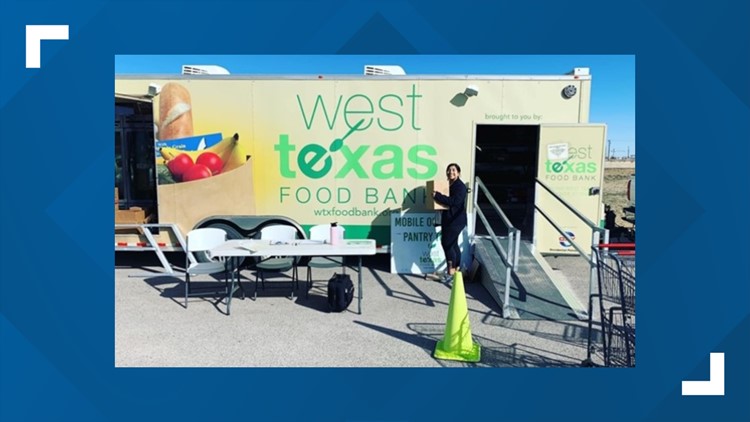 ODESSA, Texas — The West Texas Food Bank now has a new fleet of trucks cruising the roads of the 19 counties they service.

The fleet's wrap design is intentional.

The trucks are covered in fruits and vegetables as a reminder of the West Texas's Food Bank's goal to put more fresh produce on the table.

“We’re so proud of our new trucks, you’ll see them out on the street and they’re beautifully wrapped," said Craig Stoker the director of marketing and communication for the West Texas Food Bank.

The new fleet cost money, but not at any expense to the Food Bank.

A partnership with Occidental will allow the West Texas Food Bank to save money over the next two years while putting the new fleet to use.

“New trucks are always going to make it more fuel-efficient for us, it's going to allow us to take cold loads further and it's going to offset the transportation and maintenance costs," said Stoker.

The money that the Food Bank saves will tie back to the fleet's design in a way that benefits the community.

“So it's putting money back in our pockets that we can go out and continue to serve and bring fresh produce to the Permian Basin," said Stoker.

In addition to serving our community in case of a natural disaster in Texas, the fleet will be able to respond and help other communities within the state.

“We’ll be able to load up and head down into the impacted areas, set up shop and it's just like a little mobile grocery store," said Stoker. “Since there hasn’t been a disaster in Texas so far we’re putting it to good use we’re out in the communities we’ve added new sites. We’re out multiple times a week and we’re serving hundreds of families."

The new fleet will serve hundreds of families spread over 34,000 square miles in West Texas.