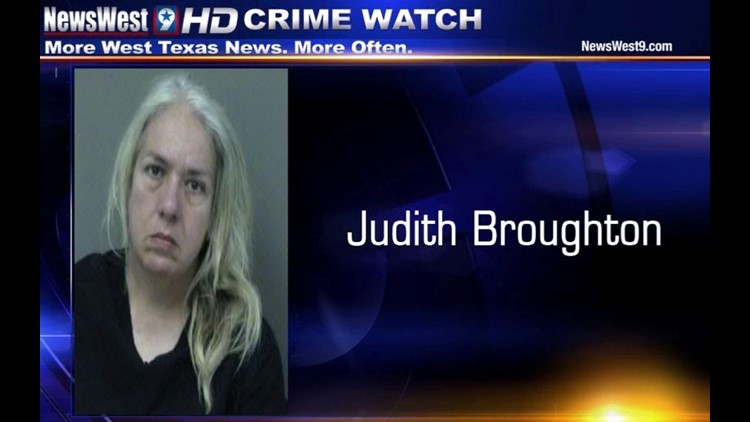 49-year-old Judith Broughton was sentenced in October to 10 years in prison after she plead guilty to hiding her father's body and cashing in his Social Security benefits for over 20 years.
Author:
Published: 2:48 AM CST November 6, 2014
Updated: 8:52 PM CDT July 11, 2018
by Kim PowellNewsWest 9

49-year-old Judith Broughton was sentenced in October to 10 years in prison after she plead guilty to hiding her father's body and cashing in his Social Security benefits for over 20 years. However,

there's always been something missing, her mother, Mary Broughton.

That led police to her house in Terlingua where they did in fact find a body in her kitchen underneath the floor, decomposing in a blue tarp.

Broughton also told authorities that her mother had passed away on December 29th of last year. She had still been collecting her mother's Social Security benefits until May when police found her father's mummified body in a storage unit in Kentucky.

Officials say Mary Broughton had been missing since March, and had checked the house several times before for any sign of her, but the house is so full of trash that there was no sign of a grave.

"And actually cadaver dogs have actually hit that spot on the floor but directly underneath that floor were dead dogs. And that's what's laying on top of the graves right now is dead dogs and there were some dead cats. The house is a total ruin," Sheriff Dodson said.

Now the body has not been positively identified but police do believe it is her mother. Forensic investigators from Lubbock will be coming on Friday to complete the investigation.