DPS has confirmed the identities of those who died. 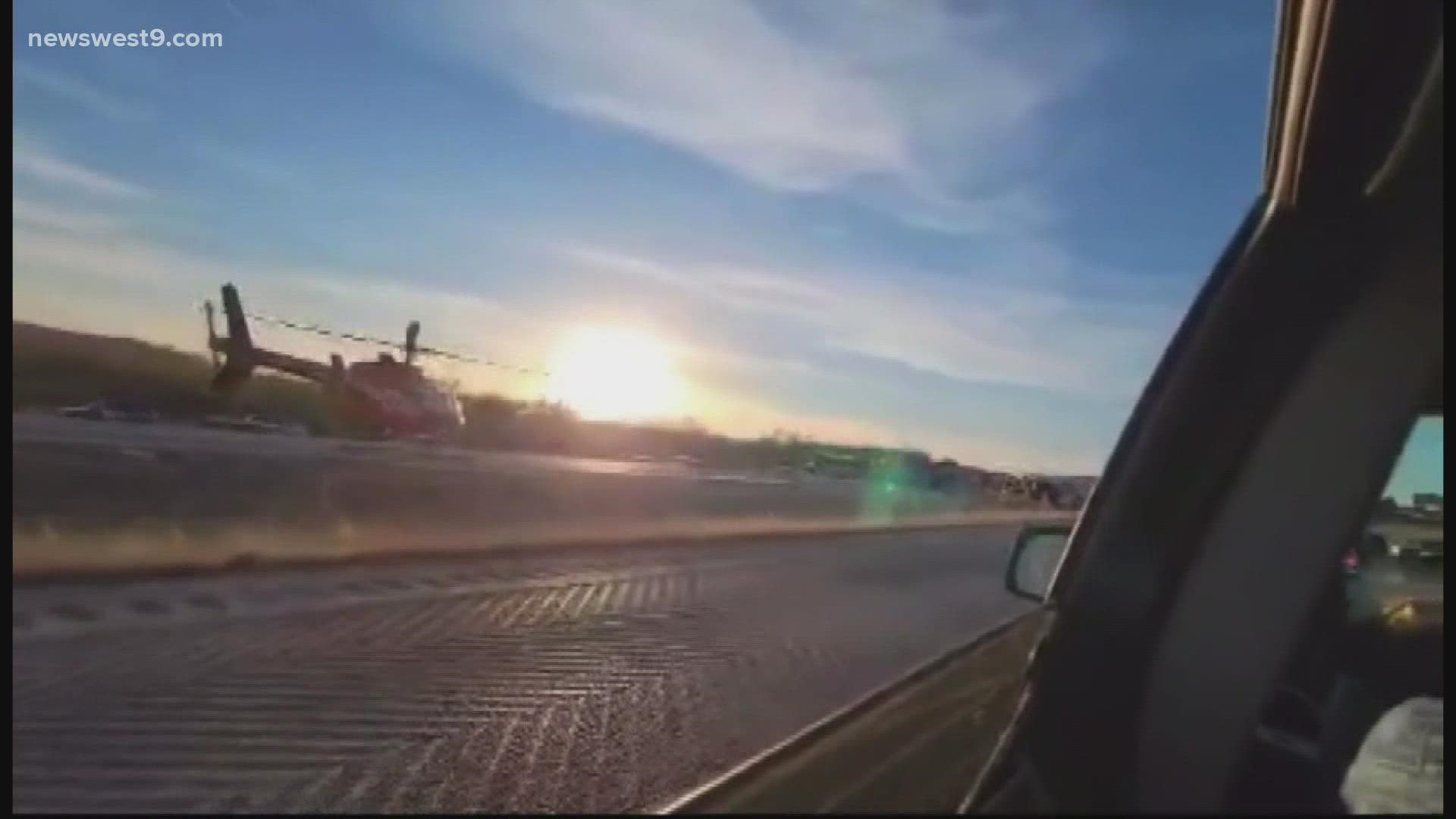 BIG SPRING, Texas — UPDATE: The three people killed in the Andrews ISD bus crash have been identified by Texas DPS.

59-year-old Nathan Haile of Midland, 69-year-old Marc Boswell of Andrews and 53-year-old Darin Johns of Andrews are the names of the victims killed in the fatal crash.

For more information on the victims and the DPS investigation, click the related story below.

According to DPS, an Andrews ISD bus was involved in a crash with a Ford F350 just before 5 p.m.

DPS says the truck was going westbound in the eastbound lanes of I-20 when it crashed into the bus around mile marker 179.

According to Andrews ISD, the members of the marching band were on board the bus at the time of the crash. DPS said there were 25 students and three adults.

The truck hit the first bus head-on before colliding with a second AISD bus, causing minor damages. A third charter bus also carrying students was traveling behind the first two but did not get hit.

Sgt. Baker with Texas DPS tells NewsWest 9 that 3 people have died. One of those killed was the driver of the truck, while the others were two of three adults on the charter bus.

The identities of those 3 have not been released at this time to ensure proper notification of next of kin.

DPS reports one adult on the bus died on scene. Another adult later died, after they were airlifted from the scene with two students. The students are in critical condition but are stable.

Another adult and 11 students were taken to a local hospital to be treated for non-life-threatening injuries.

DPS said the truck caught on fire after striking the bus. A spokesperson said they do not believe the bus was ever on fire, but the investigation is still ongoing.

Students who did not go to the hospital were taken to the Big Spring Athletics Training Center, according to the Howard County Sheriff's Office. Community members dropped of truckfuls of water and snacks for the students.

"Administrators are working to serve the needs of our students and their families," said Andrews ISD in a statement.

The Andrews ISD superintendent said they would have counseling services available for the students in the coming weeks.

This is all the information we have on the accident at this time. NewsWest 9 will update this story as more details become available.

#BREAKING An Andrews ISD school crashed on I-20 near Big Spring this afternoon. Big Spring’s mayor tells us students...