The oil company says they expect to reduce their workforce across the company. 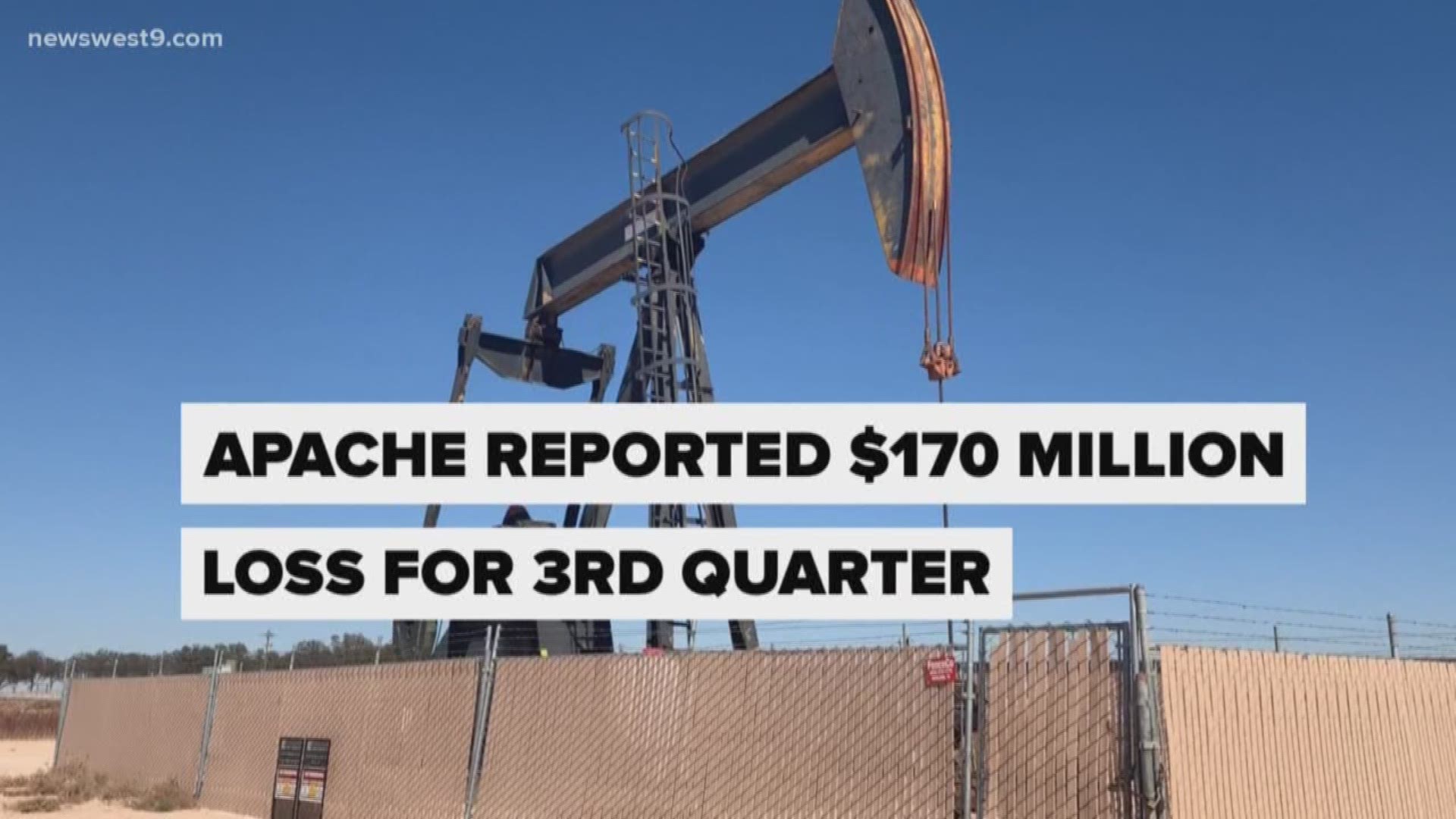 MIDLAND, Texas — Apache Corporation says they plan on reducing staff across the company.

There’s no official word yet about how many employees in Midland will be affected by the 10 to 15 percent overall reduction.

According to the Houston Chronicle, Apache plans to cut its 2020 capital spending by $250 million to $500 million. By saving an extra $150 million a year, the company would have to cut jobs.

When asked if Apache would close their Midland office, the company told NewsWest 9 that they would not comment on "rumors."

On Wednesday, Apache announced a loss of $170 million for the third quarter of 2019. This comes as a result of deteriorating natural gas liquids in Alpine High reserves and a drop in gas prices.

However, Apache says the third quarter results are not connected to the reduction in staff across the company.

The company said their decision to redesign its structure is a proactive plan to remain competitive in the long haul.