It was a busy day for weather in Central Texas May 12. 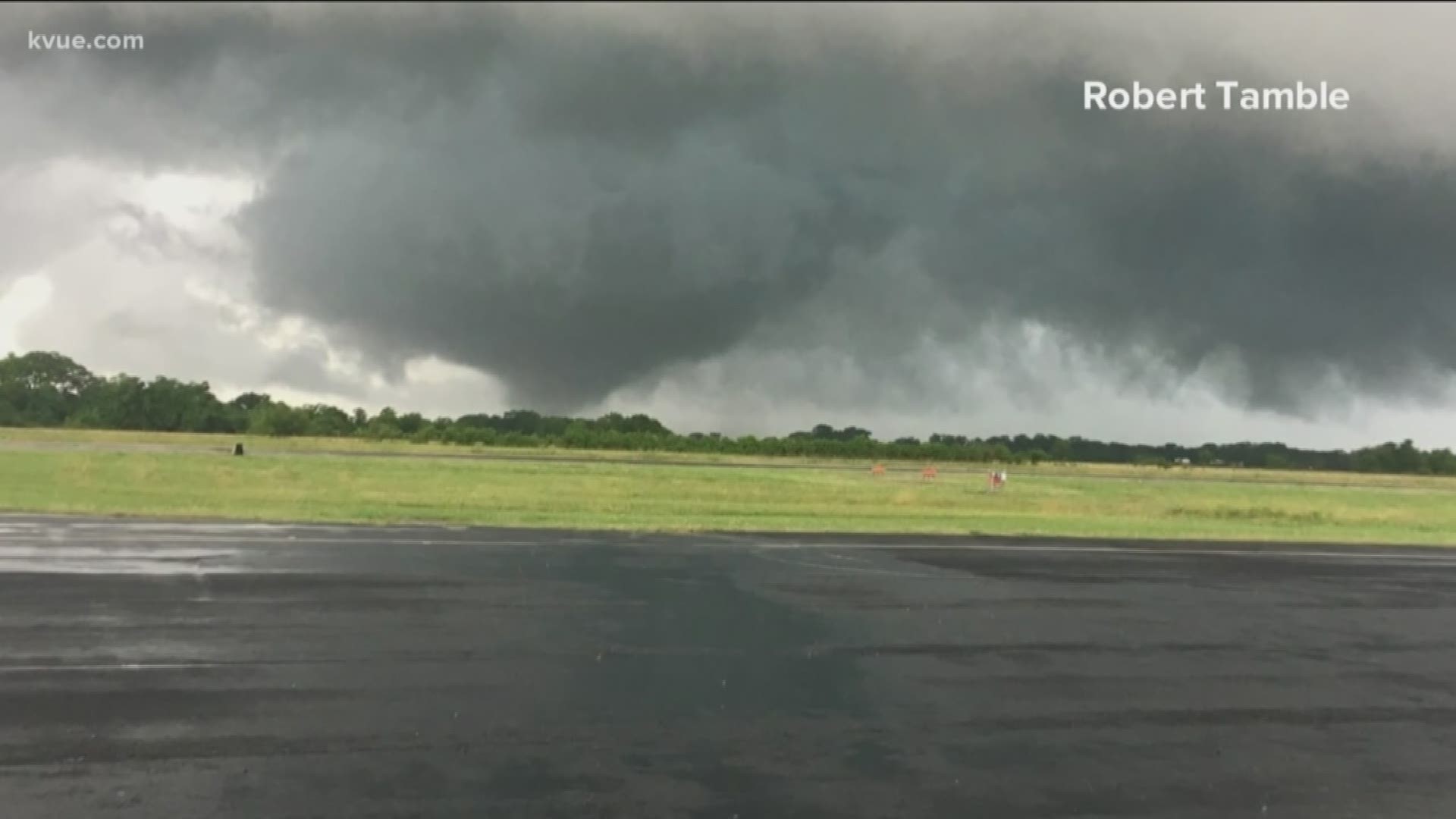 The tornado in Caldwell County was going NE at 30 mph at 9:48 a.m. on May 12. The second tornado near Upton, Texas, just northwest of Smithville, Texas, was reported by the National Weather Service at 11:03 a.m.

On Wednesday, the National Weather Service confirmed the two tornadoes were both EF-0 with winds of 80 mph to 85 mph.

No injuries were reported.

There was also a tornado watch in place for Travis and Hays County. A tornado watch is not a threat of a tornado but means the weather conditions are favorable for the development of severe thunderstorms that are capable of producing tornadoes.

There was also a flood advisory issued for Travis, Hays and Comal counties until 2:15 p.m. Tuesday.

A video of the second confirmed tornado in Upton, Texas, was shared on Twitter. The tornado reportedly touched down off of FM 2571.

Here is more video of the tornado near Smithville sent to KVUE Chief Meteorologist Albert Ramon by Derek Crunk:

Be sure to download the KVUE app to get the latest updates straight to your phone.

Bar owners, tattoo artists to protest at Capitol over their exclusion from Gov. Abbott's reopen orders

'Everything that I thought might happen is happening now': Austin nurse describes current fight against COVID-19

Elon Musk says Tesla to move headquarters to Texas 'immediately', is it Austin?