That white stuff that fell last night? It was a rare West Texas precipitation type.

Was it hail? Was it sleet? It wasn't either. It was something more uncommon to West Texas: graupel. 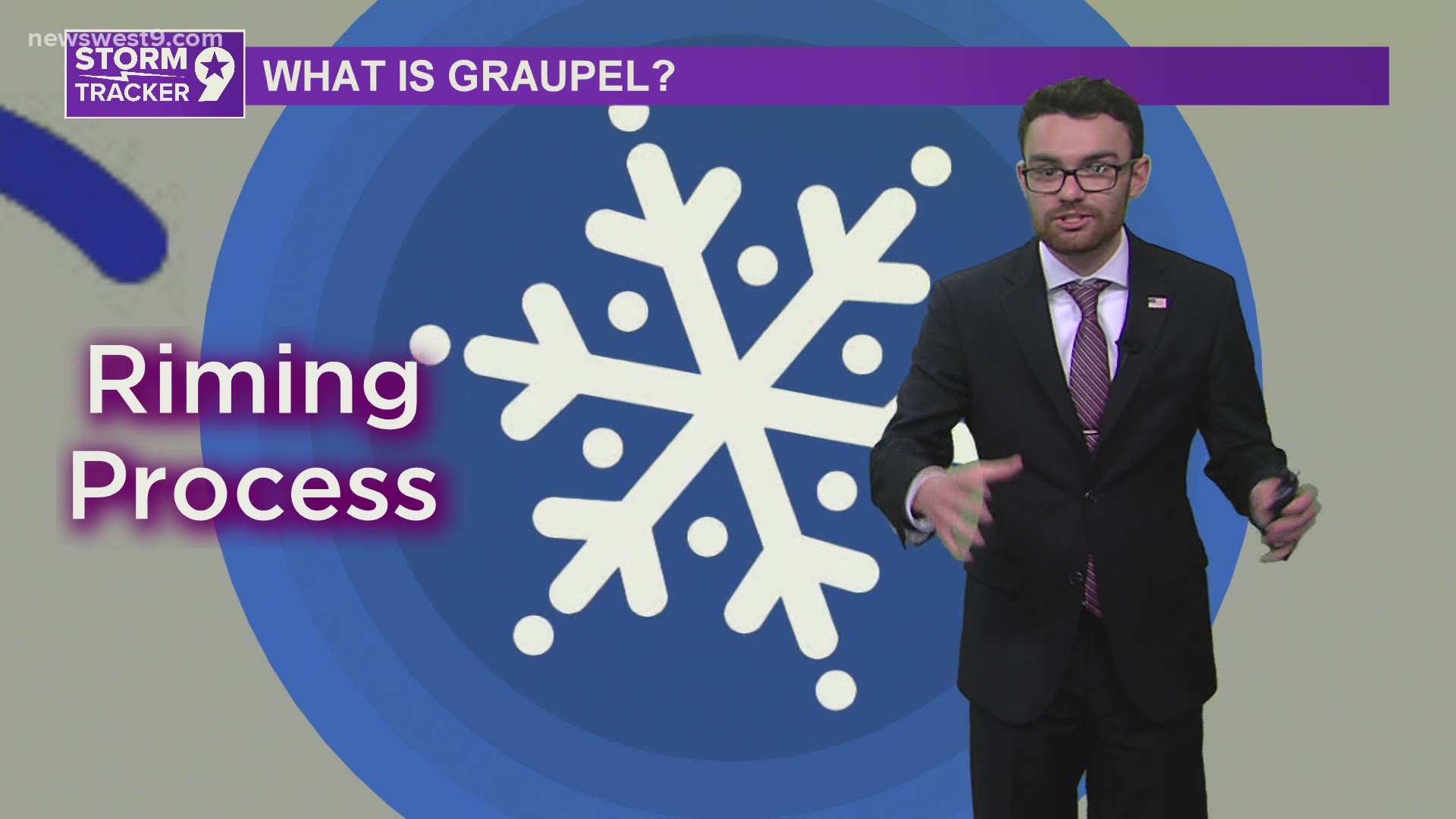 If you were up late last Sunday night, you probably heard a rumble of thunder or two. You probably felt a few raindrops. You may have even seen something that looks like hail.

In fact, I got dozens of messages and emails about hail falling from the sky in Midland and Odessa around 10:30 last night. However, hail it was not. The precipitation we saw last night is more common in northern climates. Graupel fell over the Tall City last night.

Unless you lived in a colder climate for a few years, you've probably never seen it or even heard of this before. Graupel – pronounced like gra-pull – is common in all thunderstorms, but it almost always melts before it hits the ground.

It forms when snowflakes at the top of thunderstorm clouds fall through a layer of supercooled water droplets. Supercooled droplets are below 32 degrees but still in the liquid water form. These supercooled droplets accrete – or stick – to the snowflake and begin to form a ball of soft ice around it. If these don't melt before they reach the ground, they can look like dippin' dots or Styrofoam pellets. They might make a slight *tink* noise if they hit your car or window, unlike hail which is a solid thud.

Graupel often signals the beginning of spring since they form in thunderstorms but need cooler weather in order to reach the ground before melting. Considering March 1st is the start of meteorological spring, I'd say Mother Nature was right on time with this graupel display.