While Central Texas is not in the direct path, local impacts are expected. 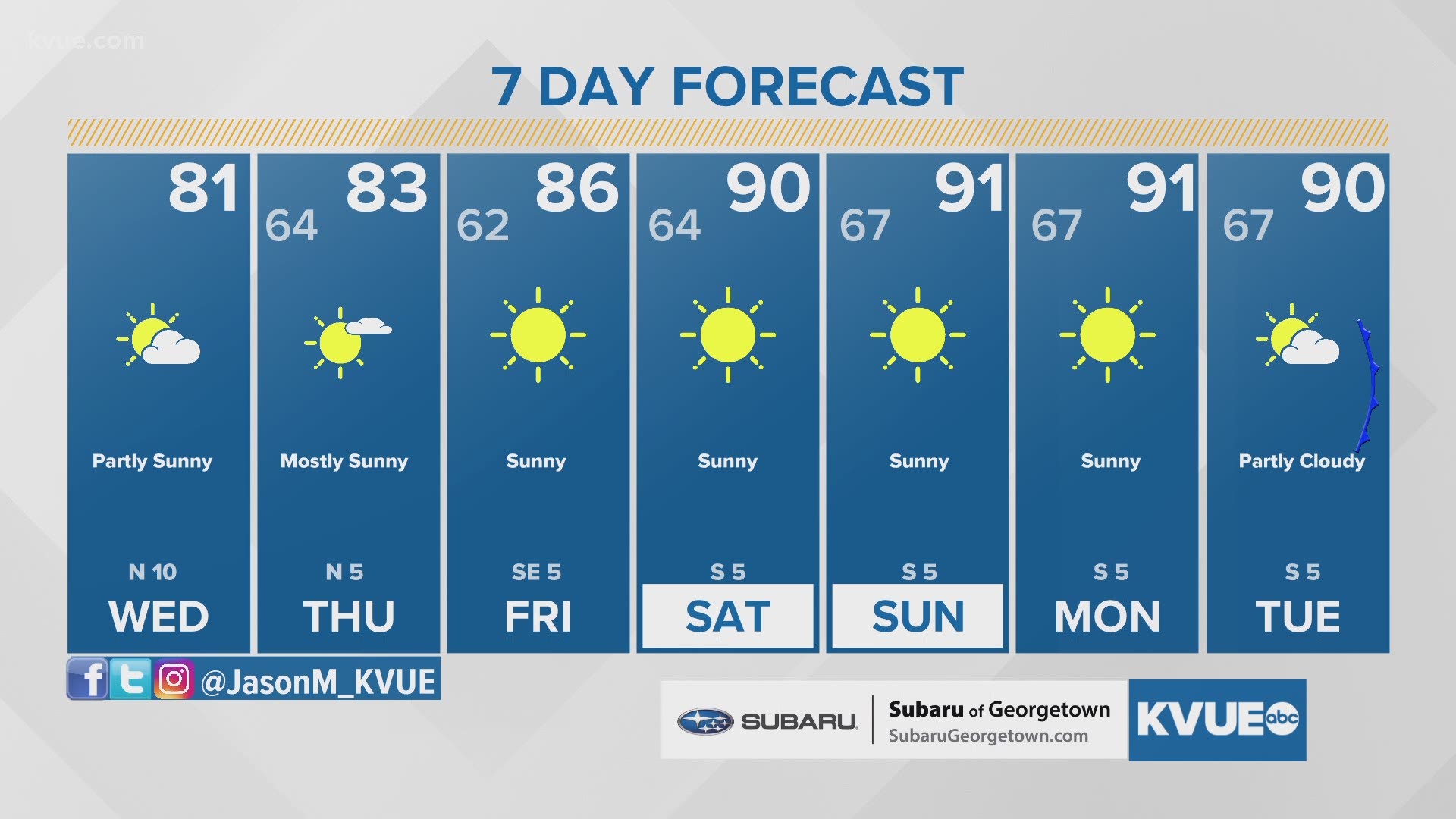 Beta's latest forecast track shows that it's expected to stall along or just inland from the coast during the 12- to 24-hour period. A weak trough to the west will finally help nudge Beta east-northeastward on Tuesday afternoon.

The sharp turn to the northeast keeps the highest rainfall totals southeast of Austin.

The Interstate 35 corridor counties and west can expect less than one inch of rain with locally higher totals. Areas southeast and east of I-35 could see upward of two inches of rain.

The latest Beta track keeps the KVUE viewing area on the left-hand side of the track. This lowers the severe weather threat for Austin and Central Texas. Areas in southeast Texas will have to watch for heavy rain, strong winds and tornadic activity in the next day.

KVUE's viewing area is out of the flash Flood Watch.

In Austin and the rest of Central Texas, you can expect:

3. Cloud cover and rain keeps temperatures in the 70s on Tuesday.

Young Houston doctor fighting for her life against COVID-19 dies

Trump: Supreme Court pick to be announced by Friday or Saturday