ERCOT is warning Texans outages will continue possibly through Tuesday. 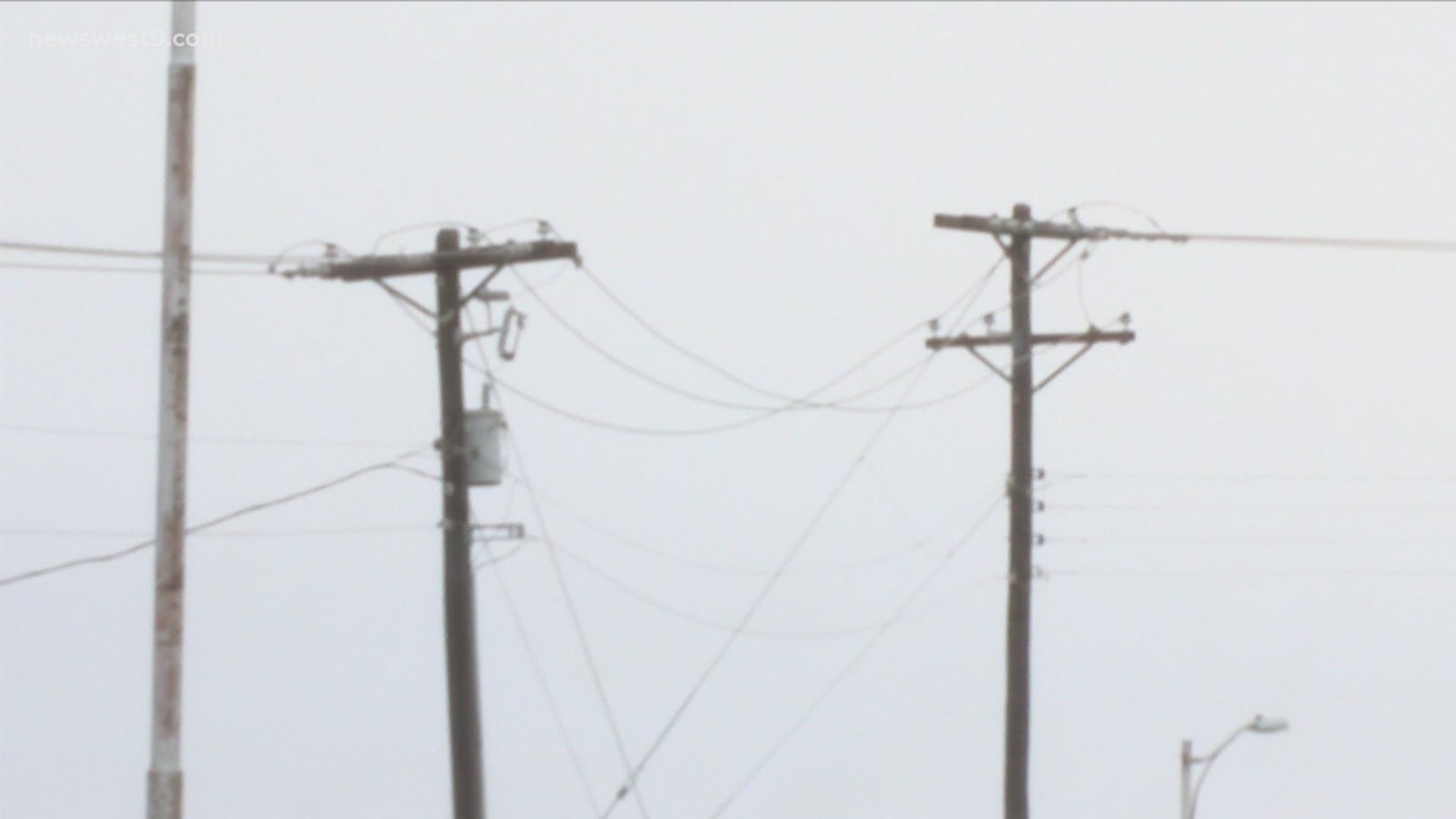 TEXAS, USA — Over two million homes and businesses are currently without power across Texas due to the severe winter weather.

Included in these blackouts are over 60,000 West Texans.

Oncor is reporting over 40,000 people in Midland alone are without power, with no currently estimated time of restoration.

Overnight ERCOT declared the highest level of energy emergency and began rolling blackouts through Texas in an attempt to relieve the immense pressure on the power grid due to the weather.

However, Monday morning ERCOT saw these blackouts, which were supposed to last anywhere from 15-45 minutes, were not sufficient to keep the grid from overloading. Blackouts may now be extended for several hours.

ERCOT as well as energy providers like Oncor are working to try and restore power across Texas as numerous grid providers are offline due to the cold temperatures.

Blackouts will continue until there is enough power generation for all of Texas, which could last into Tuesday.

People who still have power are asked to preserve it if possible.

If your power is out, here are some tips to stay warm.