"I am asking you to continue to have patience and understanding as the infrastructure in Texas is not built for this type of weather," the mayor said. 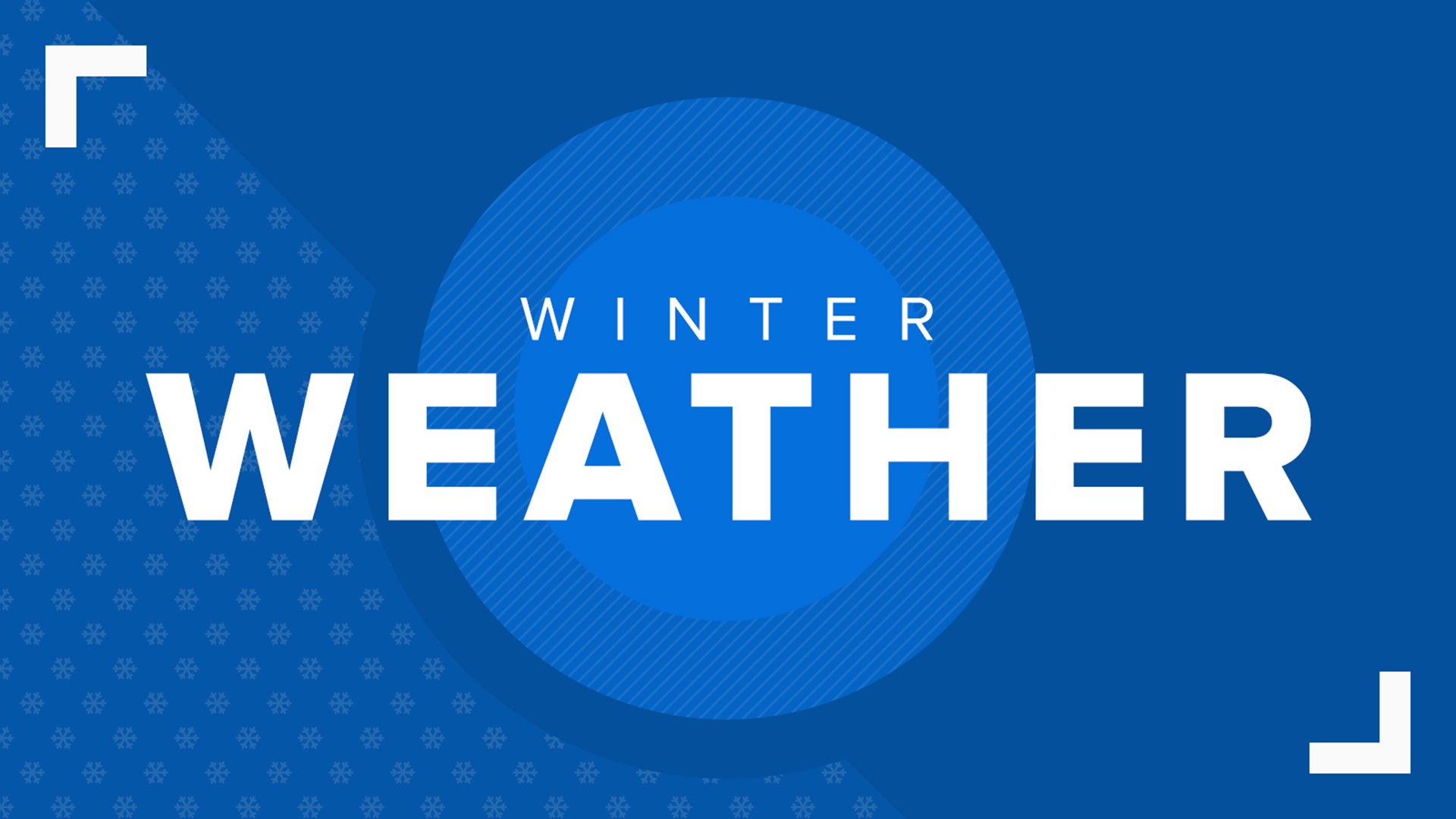 The city reached out to TDEM and H-E-B a couple of times for water, but Lofton said no one is moving supplies due to weather.

"If you are able to safely do so, please turn off your water valve," she said in a release. "Doing this may prevent your home or business's water lines from rupturing when water service is restored. It will also aid in replenishing our city's elevated water tanks."

The advice was also recommended to Thornton residents. When water is restored, you will need to BOIL it until cleared by TCEQ.

Lofton said the Fire Chief and Emergency Management Official made a request to the State Operations Center (SOC) for bottled water. He was informed that the request will likely not be filled immediately due to countless cities, large and small, experiencing the same issue.

Update 2/16: The Marlin Water Plant has reported a 10" pipe burst. The plant is currently down, according to the city.

Crews are trying to make repairs but needed supplies are not available at local vendors due to other cities that have had the same issue at their plants and supplies are currently depleted. Water personnel are trying to locate the supplies they need and make arrangements to get the parts here.

"I cannot emphasize enough how difficult it has been for these workers to try to operate our water plant in subfreezing and freezing temperatures. They are fighting a force of nature that apparently, is difficult to win. Their tenacious spirit keeps them pushing to get water to all of the citizens of Marlin despite insurmountable odds. As previously stated, most cities in Texas are dealing with this same issue because the infrastructure is not built to deal with it. Governor Abbott issued a State of Emergency due to Texas' inability to withstand the temperatures we are experiencing," Hon. Mayor Carolyn Lofton said.

Even though the Marlin Water Plant is up and running, some homes in the area aren't getting water due to the cold temperatures, Mayor Carolyn Lofton announced Tuesday.

"The issues is that the temperature is so cold that the water that they are trying to filter is thicker making it more difficult to filter," Lofton said.

The mayor says the plant is having to run heaters in order to keep operations going and once the temperatures rise, the plant will be able to produce more water.

"I am asking you to continue to have patience and understanding as the infrastructure in Texas is not built for this type of weather," she said.

Lofton urges residents to conserve water in case of emergencies.

"Water personnel have been working around the clock with little sleep and little food in order to get where we are. A huge thank you is due to these individuals for their dedication and commitment to the citizens here as they brave the cold and frostbite to make sure Marlinites have this needed resource," she said.

Regarding roads, the mayor said TXDOT was able to clear the downtown area for some ease of travel, but inner streets remain impassable.

"Their equipment is receiving significant damage trying to clear the ice and snow from the roads with constant repairs having to be made throughout the day," she said. "Again, this weather is unprecedented for us and there is no way any of us could have prepared for what we are experiencing."

Lofton is urging residents to expect conditions to worsen as another Winter Storm Warning is in effect until Thursday.

"We are expecting another round of snow and ice tomorrow which will compound or worsen our current situation," she said.

Loften later spoke with the South Regional Manager for ONCOR. That manager explained that because of the condition of the grid, they have been unable to roll the grid to restore power to homes that went out on Sunday, according to Loften. The majority of the grid is not rolling as it should be. T

According to the South Regional Manager for ONCOR, if the entire grid goes down, the entire state will go dark and each grid would have to be brought back online one at a time throughout Texas, Loften said. I

ONCOR hopes to restore electricity to all homes as the present load on the grid should be relieved.

"I know that this is disappointing for many of you and is certainly beyond our control. However, he emphasized the fact that certain parts of Texas are not equipped to handle these types of temperatures which is causing excessive stress to our electrical grid," Loften said. "Based on what happens to the weather tomorrow, more homes will lose power in order to spare the grid for restoration after the storm ends. I encourage those of you who do not have electricity or have been without since Sunday to please seek a warming shelter or relocate to a home that has electricity if possible."

Loten said that if you are able, please check on the elderly and disabled and assist them to seek warmth and shelter.

Loten said, "Last night, I took in several families in need. I am willing to do so again. If you identify any individual who is elderly, disabled, or a family in need of warmth, please bring them to City Hall or my house until we both reach capacity. Please continue to pray for our Community, our State, and our Nation as we navigate through this emergency situation."