The city's all-time heat record of 107 degrees was broken on Saturday. Then again on Sunday and once more on Monday, which reached 116 degrees. 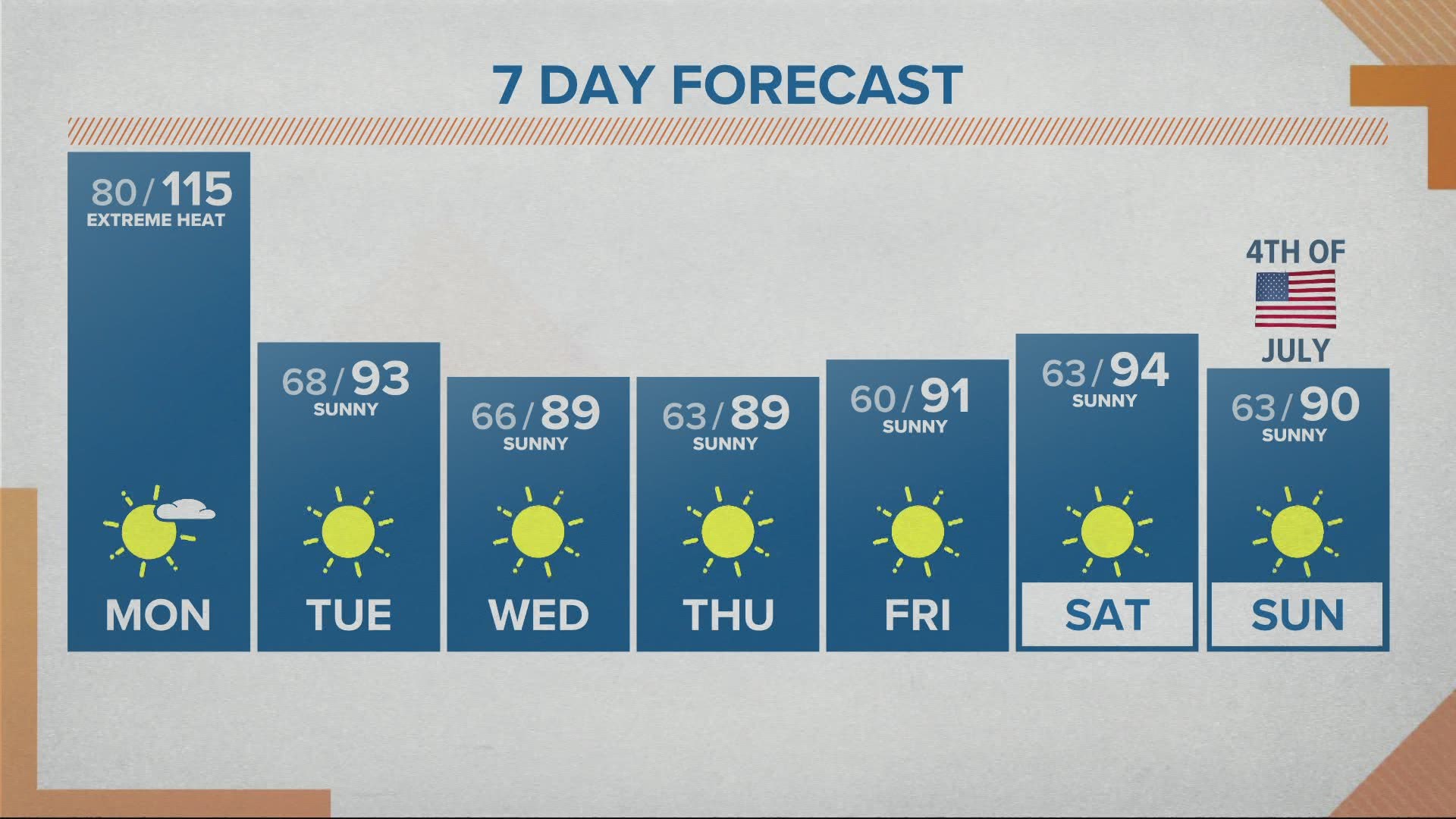 PORTLAND, Ore. — Portland hit a record-breaking temperature of 116 degrees shortly after 5 p.m. on Monday, according to the National Weather Service. But it has been a weekend of record-breaking heat for the city and the entire Pacific Northwest.

The city saw 112 degrees Sunday afternoon, according to the National Weather Service, setting the previous all-time record high for the city. It broke the city's all-time June record of 102 degrees.

The previous all-time high record was 112 degrees, reached Sunday afternoon, which beat the 108 reported on Saturday. But before this weekend, the record was 107 degrees. The Portland International Airport (PDX) reached 107 degrees once in July 1965 and twice in August 1981.

The National Weather Service issued an Excessive Heat Warning for most inland areas for Saturday, Sunday and Monday. Parts of eastern Oregon will be under the heat warning starting Monday through Friday of next week.

Portland could be headed for the worst heat wave since 2009, with the possibility of 11 straight days of temperatures reaching above 90 degrees.

Several cooling centers will be open through the weekend in Oregon and Washington due to the extreme weather. KGW has created a list of places where people can escape the heat. Call 211 to learn more.

Multnomah County has shared several ways to keep children safe in the heat.

Here are more stories related to the weekend heat wave:

RELATED: What is the 'heat dome' headed for the Northwest?

RELATED: Record heat wave could prove to be dangerous for Portland's homeless 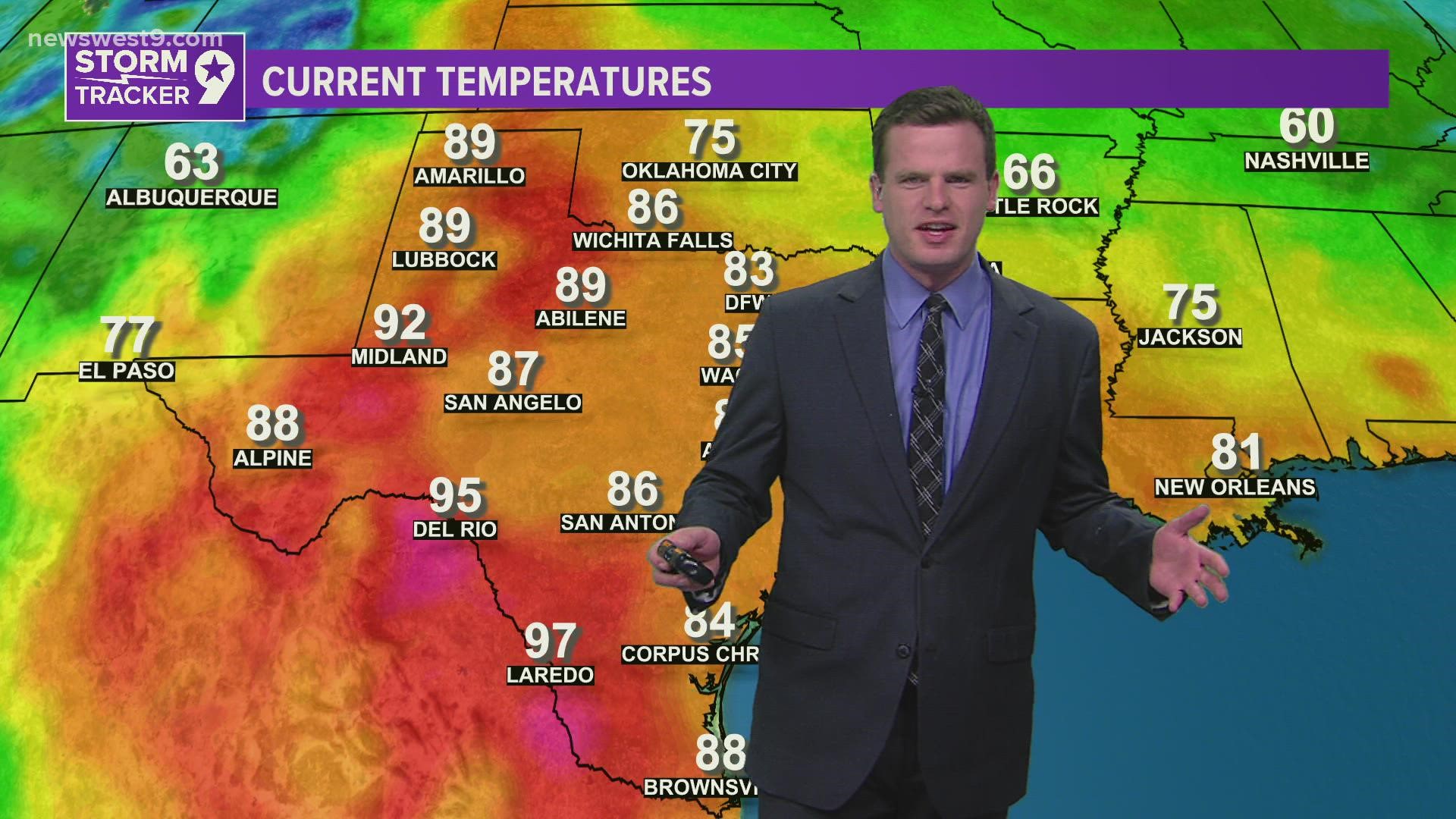