Yes, it’ll be freezing outside. But it’s worth heading out for this. 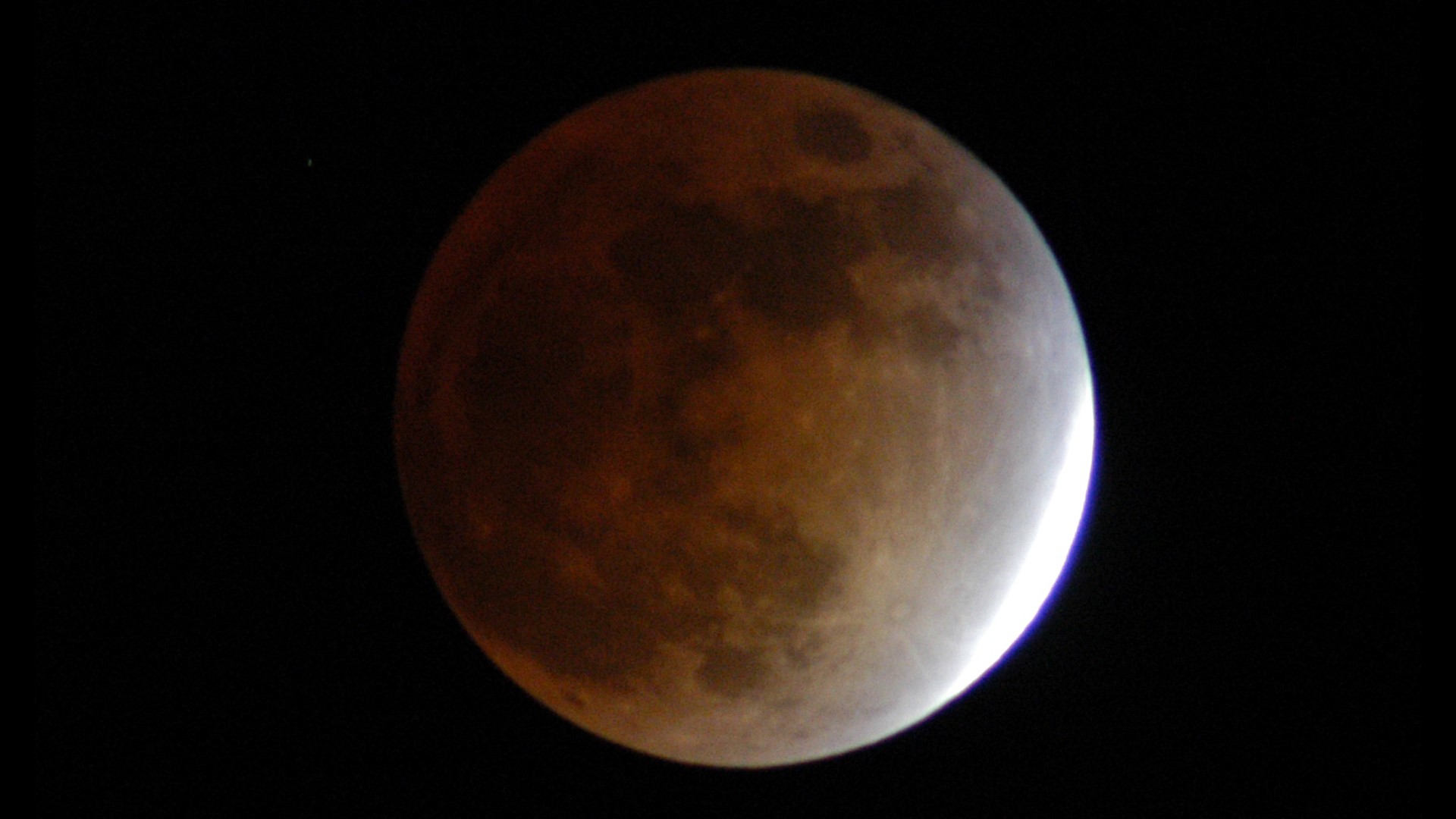 MIDLAND, Texas — If you can, set your alarm early. Overnight Thursday, an historic astronomical event will take place: A nearly full partial lunar eclipse, with 97 percent of the moon in the darkest part of Earth’s shadow.

And get this! Because the moon is one day away from its furthest point from the Earth, it’ll be the longest partial lunar eclipse in 581 years, and the longest one until February of 2669!

So, let’s talk about what is going to happen in our West Texas skies overnight.

The sun, the Earth, and the moon will all line up almost perfectly, resulting in the moon passing through Earth’s shadow.

If you at home are the sun, and I’m the Earth, you’ll see that I’m blocking your light, and casting a shadow behind me. The moon moving through the Earth’s shadow is what will cause this astronomical phenomenon tonight.

Around midnight, the moon will start moving through the lightest part of Earth’s shadow. If you’re watching the moon with your naked eyes, you really won’t notice much of a difference until almost 1 in the morning, once roughly 70 percent of the moon is now in Earth’s shadow.

At 1:18 a.m., the moon will begin to enter the darkest part of Earth’s shadow where no sunlight shines. This is when the partial lunar eclipse officially begins. Over the next hour and a half, as the moon moves more and more into the shadow.

At 3:02 a.m., the moon will be at its darkest, as 97.4% of the moon is in Earth’s shadow. That 97% will appear a reddish hue, the combination of all the sunrises and sunsets occurring on Earth at that moment as sunlight passes through the Earth’s atmosphere and is bent onto the moon.

As for the southern part of the moon, that 3% that is not in the umbra and still receiving some sunlight will be a bright white.

By 5 a.m., the moon will be more than half out of Earth’s shadow, and only 20 minutes later will look once again like the bright November moon that we’re used to.

I know it’s hard to get up in the middle of the night, and I know it’ll be chilly, but trust me, it’ll be worth your time to look up at our beautiful West Texas skies.

And all that darkness means you’ll be able to see more stars in the sky as the moon passes behind the earth.