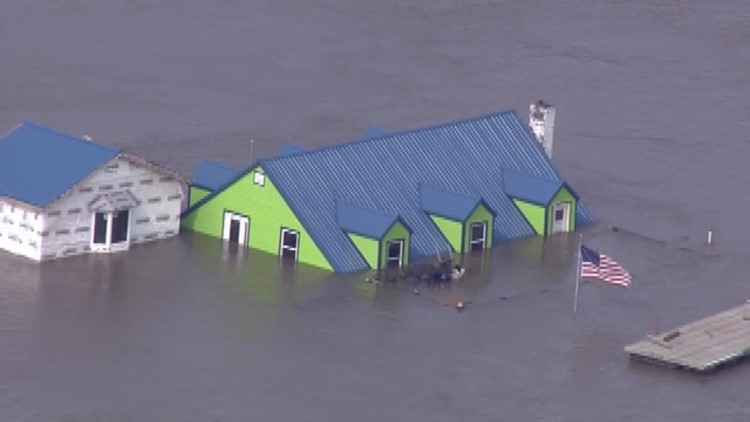 Photo by: 5 On Your Side
Flooding in Portage des Sioux, Missouri.

JEFFFERSON CITY, Mo. (AP) — More than half of Missouri's counties have been approved for federal aid to fix public infrastructure and remove debris following the most recent round of flooding and tornadoes.

Gov. Mike Parson announced Monday that the Federal Emergency Management Agency has approved public assistance for governments and nonprofits in 68 counties affected by flooding and storms between April 29 and July 5.

Preliminary assessments have identified $49 million in public costs — mostly to state and local roads and bridges, buildings and utilities.

State Emergency Management Agency spokeswoman Caty Eisterhold says the state hopes to conduct damage assessment in an additional 22 counties that could be added to the federal disaster declaration.

Federal public assistance also was approved earlier this year for flooding that occurred in March and April.

RELATED: Why many homeowners are on the hook for big repair bills following Monday's rain