Know The Signs: How to tell the difference between Heat Exhaustion and Heat Stroke

With temperatures in the triple digits for the next several days, it's important to know the difference between heat exhaustion and heat stroke 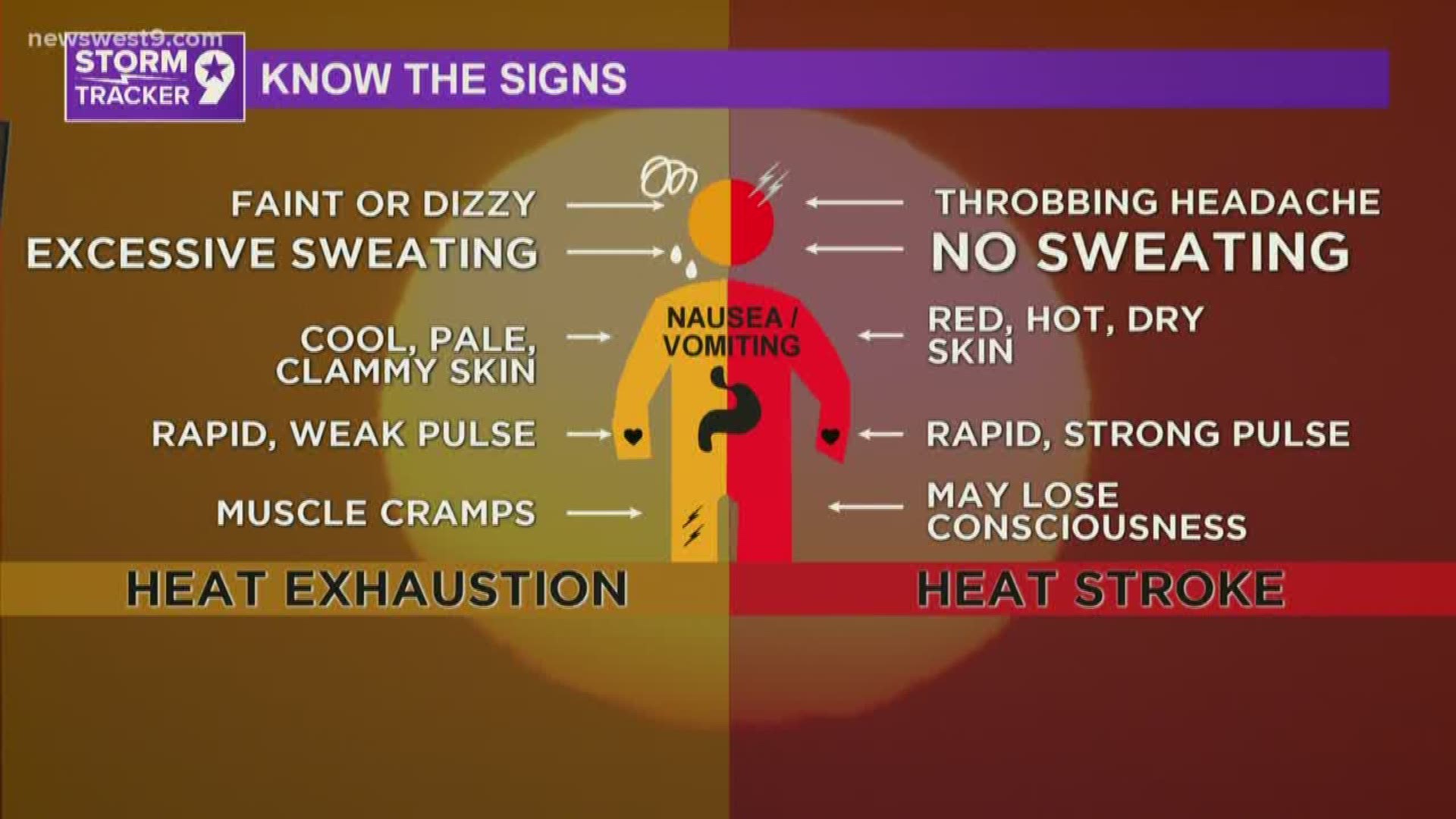 MIDLAND, Texas — Much of Texas is preparing for an extended period of hot temperatures.

While West Texas is no stranger to triple digits, a run of 10 days in a row seeing 100°+ is a rare feat.

In fact, it's only happened nine times at Midland International Airport since records begin in 1930. Two of those nine times was in the record-breaking summer of 2011.

Over the next seven days, we're expecting temperatures to soar to near record-breaking values, with highs pushing 110° area-wide by Monday and Tuesday.

Along the Rio Grande, temperatures of 110-115° will be possible through the weekend and especially at the start of next week.

Excessive heat lasting this long can really wear down on you, so it's important to be able to recognize the signs of heat exhaustion and heat stroke.

If you notice someone with signs of heat exhaustion, get them into a cool room, even a cool shower if you can. Most importantly, get them plenty of water!

The key to identifying heat stroke is often the lack of sweating! Heat stroke can be life-threatening and requires immediate medical attention.

If someone is suffering from heat stroke, dial 9-1-1!

Unfortunately, escaping the heat is going to be difficult. The National Weather Service in Fort Worth is warning of heat indices of 105-110° lasting at least through July 15.

In the Concho Valley, the NWS San Angelo office warns of temperatures hitting or exceeding 110° on Monday and Tuesday.

For the record, the all time hottest temperature ever measured in San Angelo is 111°.

As temperatures soar, it's important to take frequent breaks from the sun, drink plenty of water, and protect yourself while outside with sunscreen and a hat.