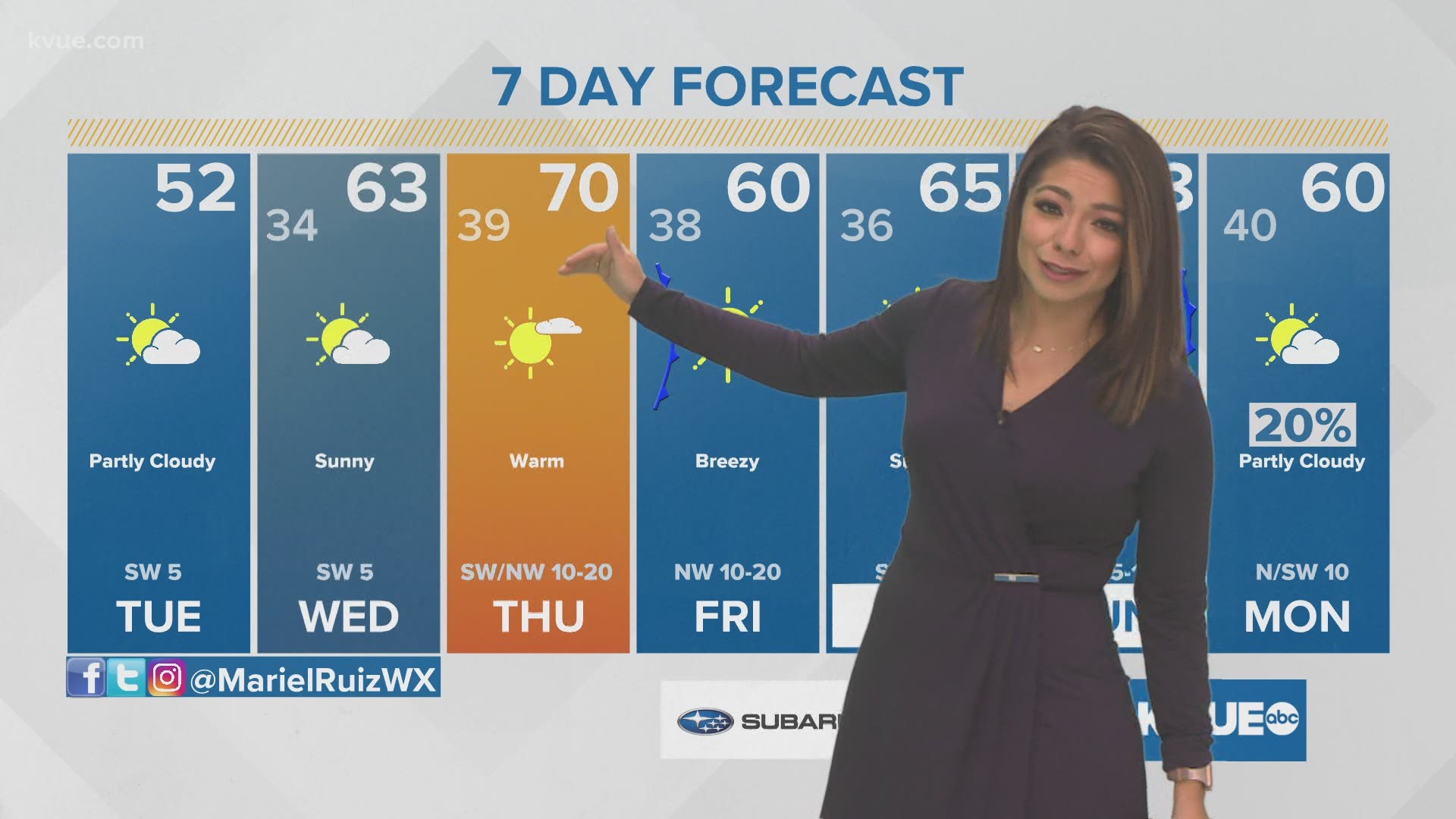 AUSTIN, Texas — You've heard of snow, sleet and freezing rain, but are you familiar with freezing fog?

The National Weather Service issued a special weather statement Monday afternoon stating that freezing fog could pose a threat to those out on the roads Monday night and Tuesday morning in Burnet, Williamson and Lee counties.

Freezing fog forms when fog develops near the earth's surface while temperatures on the ground are at or below freezing. Typical fog consists of small liquid droplets that can impair drivers due to its impact on visibility.

In freezing fog, these droplets can freeze on surfaces such as roadways and vehicles, causing black ice to sometimes develop.

Drivers should take extreme caution when trying to commute under these conditions. They should make sure to drive slowly around areas that could contain black ice, use low-beam headlights and leave extra space between themselves and other drivers.

On Monday morning in Austin-Travis County, officials said there were several multi-car pileups on highways because of Sunday's snow. Williamson County officials said they want to avoid car crashes so they're asking residents to stay off the roads if possible.

City of Georgetown officials said its crews will be working Monday night to treat bridges and overpasses through Tuesday.

If you want to look at road conditions, the Texas Department of Transportation has a map on its website.

When snow falls, you create snowmen. Here are the snowmen of Austin

Here's a look at Austin-area snowfall totals from Sunday