A Monday cooldown is possible, but not a guarantee. It all depends on an approaching cold front. 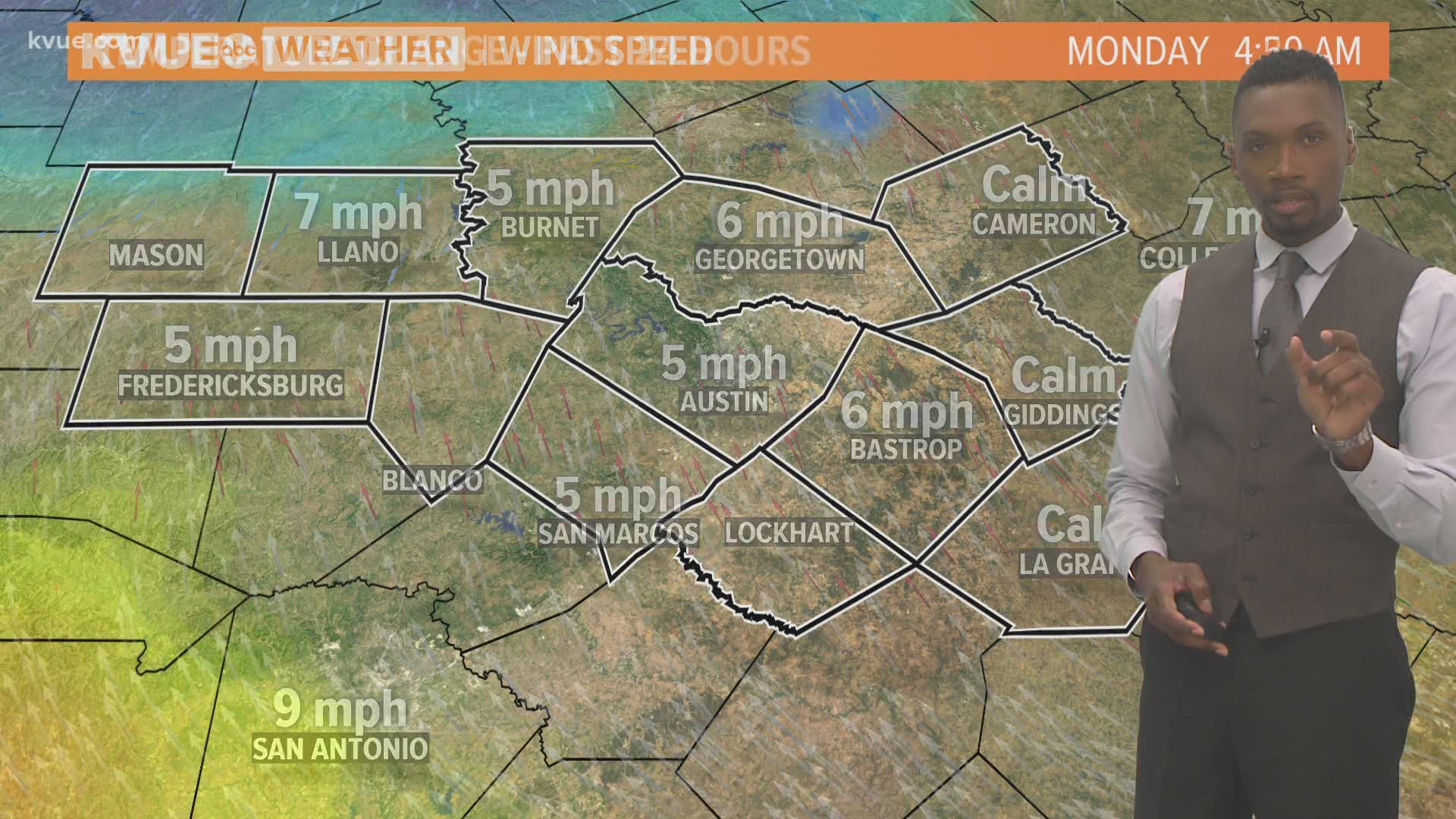 After nearly record-breaking heat on Sunday, an approaching cold front will bring the possibility of cooler weather to begin the upcoming week.

This cooldown is not a sure bet, though, and the forecast all depends on whether the front moves through or stalls to the north.

Behind this cold front, temperatures across the Texas Panhandle plummeted into the 40s Sunday afternoon.

Meanwhile, here in Central Texas, temperatures soared into the 90s.

The official high at Camp Mabry was 93 degrees. This number is 12 degrees above the average for this date and fell just a single degree short of the daily record.

Close...but no records today for Austin. A cold front will bring a cool down tomorrow, but it's a still a low confidence forecast. I'm leaning towards highs in the 70s for Austin tomorrow, but if the front gets stuck to the north we're still looking at mid-upper 80s! #atxwx pic.twitter.com/5zzrbIQPLg

So what about this potential cooldown?

Well, the forecast remains a tricky one. Most of the computer models through this weekend have indicated that the approaching front will lose steam just to the north and will struggle to provide that much of a cooldown. A stalled front to the north would likely mean afternoon highs in the mid-to-upper-80s for most of the KVUE area with a southerly breeze.

However, the NAM model, which typically performs well with these types of cold fronts, continues to show this front moving through and providing a more substantial cooldown. This has created a big spread in the temperature guidance for Monday and, accordingly, a very difficult forecast that all depends on the placement of the front.

At this point, forecast confidence for Monday remains fairly low but, for now, we'll lean toward the cooler solution of the NAM model due to its high performance in these setups.

Accordingly, the latest forecast calls for a high of 77 Monday in Austin. It's possible that this could take place early in the day with the front moving through by about mid-morning, according to the NAM model. If this solution is in fact correct, then temperatures would likely be in the 60s and 70s for much of the KVUE area by Monday afternoon behind the front.

But there would also be a substantial temperature gradient during the afternoon hours with 80s possible southeast of Austin and 60s across the Hill Country. Monday will likely feature a mostly cloudy sky with the front moving through, and few showers or some light drizzle will be possible, especially during the morning hours.

As stated above, this remains a fickle forecast. If the front gets snagged to the north, then highs could easily be in the upper 80s to near 90 degrees. Again, at the moment we will side with the cooler solution of the NAM model, but other models still suggest the cooler air could stay north of Austin.

Regardless of a cooldown on Monday, expect highs in the mid-to-upper-80s for the rest of the upcoming week as a southerly or southeasterly flow is quickly reestablished.

Small rain chances are in the forecast for Monday through Wednesday, but widespread rain is not expected. The next cold front looks to roll through around Friday. This could provide a cool-down for the beginning of next weekend.

The extended forecast can be found below:

Austin woman drives to San Antonio to take her family to the polls, support them during the voting process

John Henderson, the oldest living Longhorn letterman, has died at 107