'Miracle on the Hudson' moved to storage

The Carolinas Aviation Museum closed to the public on July 14 to move out of its rented hangar at Charlotte Douglas. 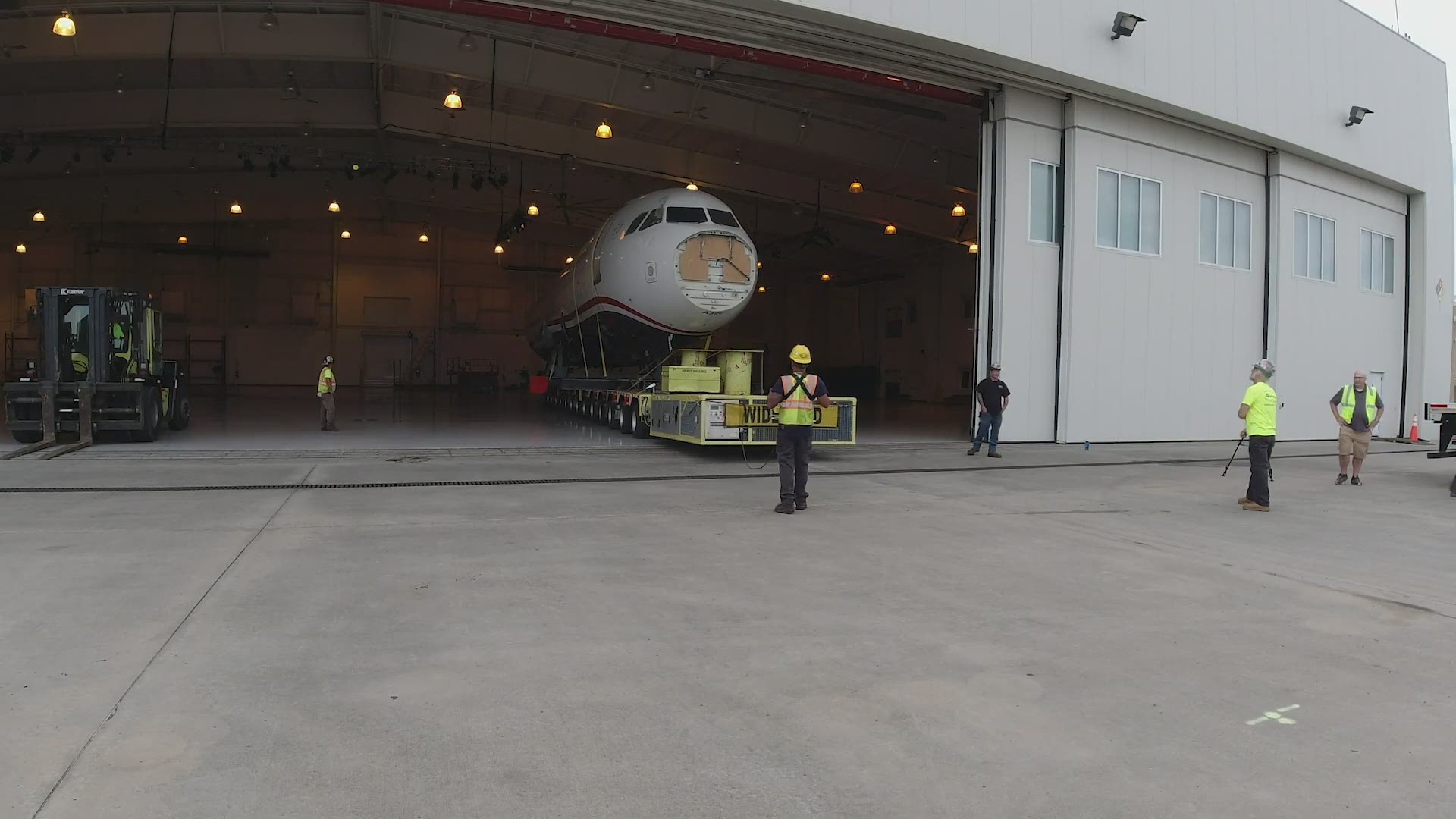 CHARLOTTE, N.C. — The "Miracle on the Hudson" was moved to storage at the original Charlotte Douglas airport hangar on Tuesday.

US Airways Flight 1549 had been the centerpiece of the Carolinas Aviation Museum's collection since 2011.

In 2009, the Airbus A-320 was brought down in the Hudson River by Captain Chesley Burnett "Sully" Sullenberger III after a bird strike. There were no casualties on the flight from New York City that was bound for Charlotte.

The museum closed to the public on July 14 to move out of its rented hangar at Charlotte Douglas and make room for corporate aircraft owned by Honeywell that is moving its headquarters to the Queen City.

Along with Flight 1549, the museum was home to about 50 other aircraft including vintage fighter jets and passenger planes that will be moved and stored.

It's expected to take more than two years to find a new location and build a new facility.

RELATED: 'I knew I had to say goodbye' | Miracle on the Hudson passengers reflect as Carolinas Aviation Museum closes

RELATED: Aviation Museum, home to Miracle on the Hudson, to close for more than two years

RELATED: Miracle on the Hudson plane going into storage