The next of kin has not been notified so their identities have not been released. 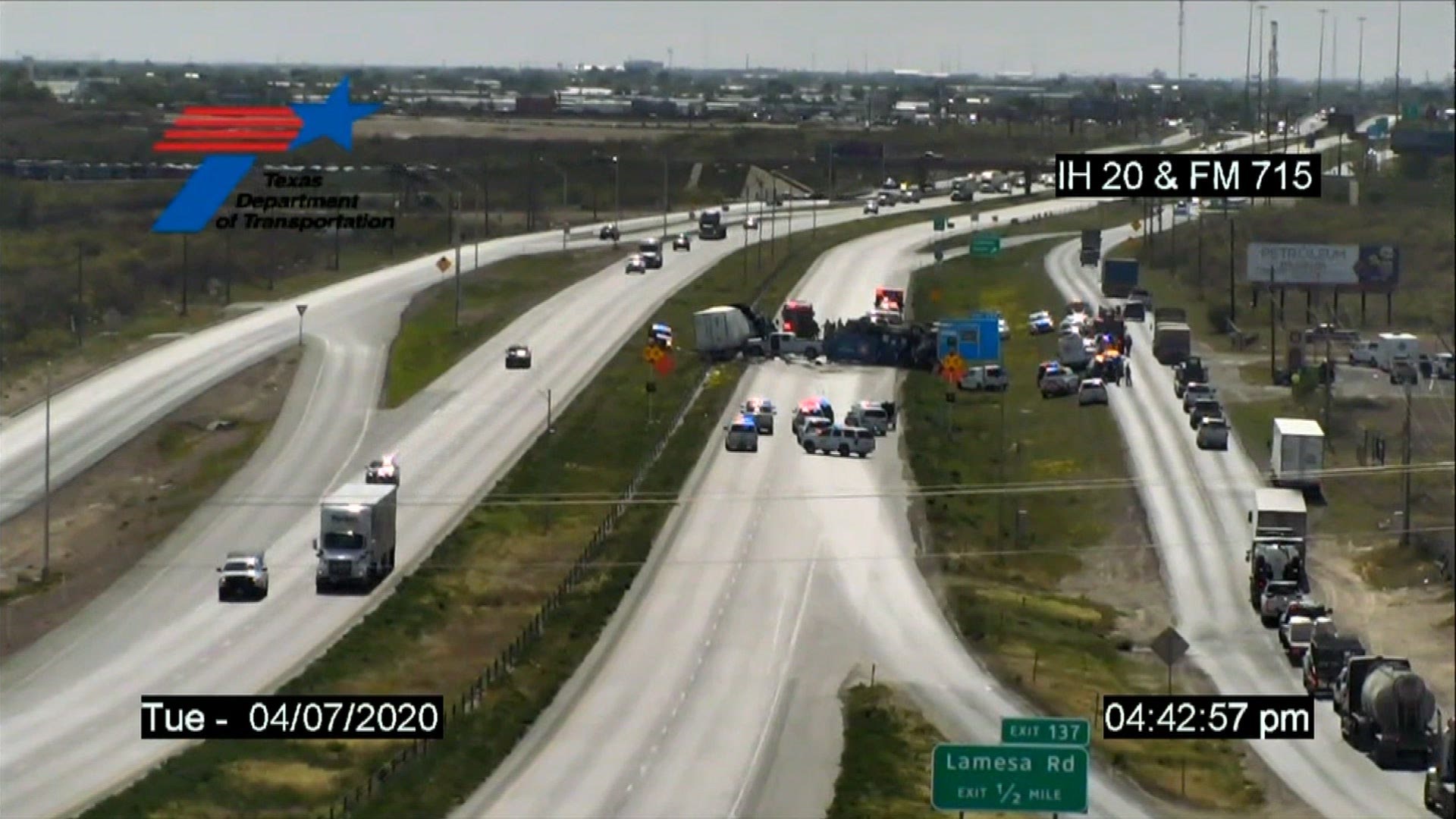 MIDLAND COUNTY, Texas — TxDOT is warning drivers about a deadly crash on westbound I-20 near mile marker 137 that forced lane closures Tuesday.

The closure will impact I-20 near State Highway 158. TxDOT says they will also be closing the westbound FM 715 on-ramp.

Investigators found an F-250 truck was traveling westbound in the outside lane at a slow speed due to a traffic jam that had occurred near the Lamesa overpass. A garbage truck was following behind it also at a slow speed.

A Kenworth truck tractor was also traveling in the westbound outside lane approaching the slowly-moving traffic.

Police say the driver attempted to make a left-hand lane change to avoid running into the other cars and also used his horn. However the 18-wheeler crashed into the garbage truck's back left corner, pushing it into the F-250.

This caused the garbage truck to flip sideways and roll onto its top where it came to rest on the westbound shoulder.

Both drivers of the garbage truck and the F-250 were seen walking around near the accident and appear to be uninjured.

The driver and passenger of the 18-wheeler were pronounced dead at the scene by a Midland Justice of the Peace.

Investigation is still ongoing. TxDOT anticipates the lanes will reopen around 7 p.m.

Driver of 18-wheeler involved in deadly crash on I-20 arrested, charged with manslaughter