1 killed in crash on Highway 349 in Martin County

At least one person has been killed, though next of kin has not been notified. 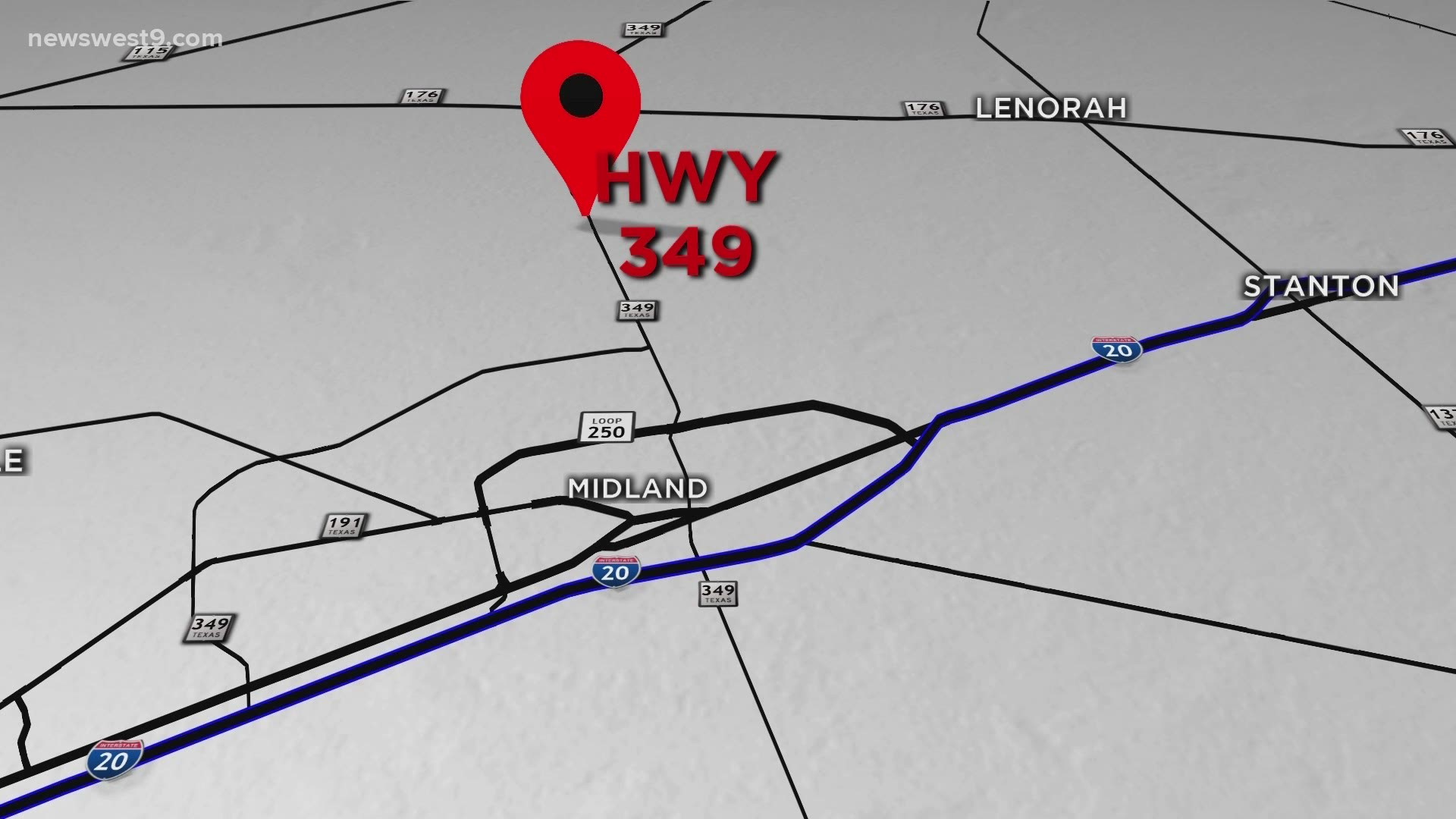 MARTIN COUNTY, Texas — One person is dead following a crash on Highway 349 is blocking traffic around 6 p.m. Tuesday night.

DPS reported the crash was between a passenger car and an 18-wheeler.

According to the preliminary crash report, John R. Lunn, 24, of Mendenhall, Mississippi was traveling north on SH 349.

An 18-wheeler, being driven by Harvey Loya, 23, of Odessa, was reportedly exiting a private drive onto the highway.

Lunn was pronounced dead at the scene and next of kin has been notified.

The other driver was not injured.