Pedestrian killed after being struck on WCR 150 in Midland Co.

DPS says the woman was standing in the road and it was still dark. 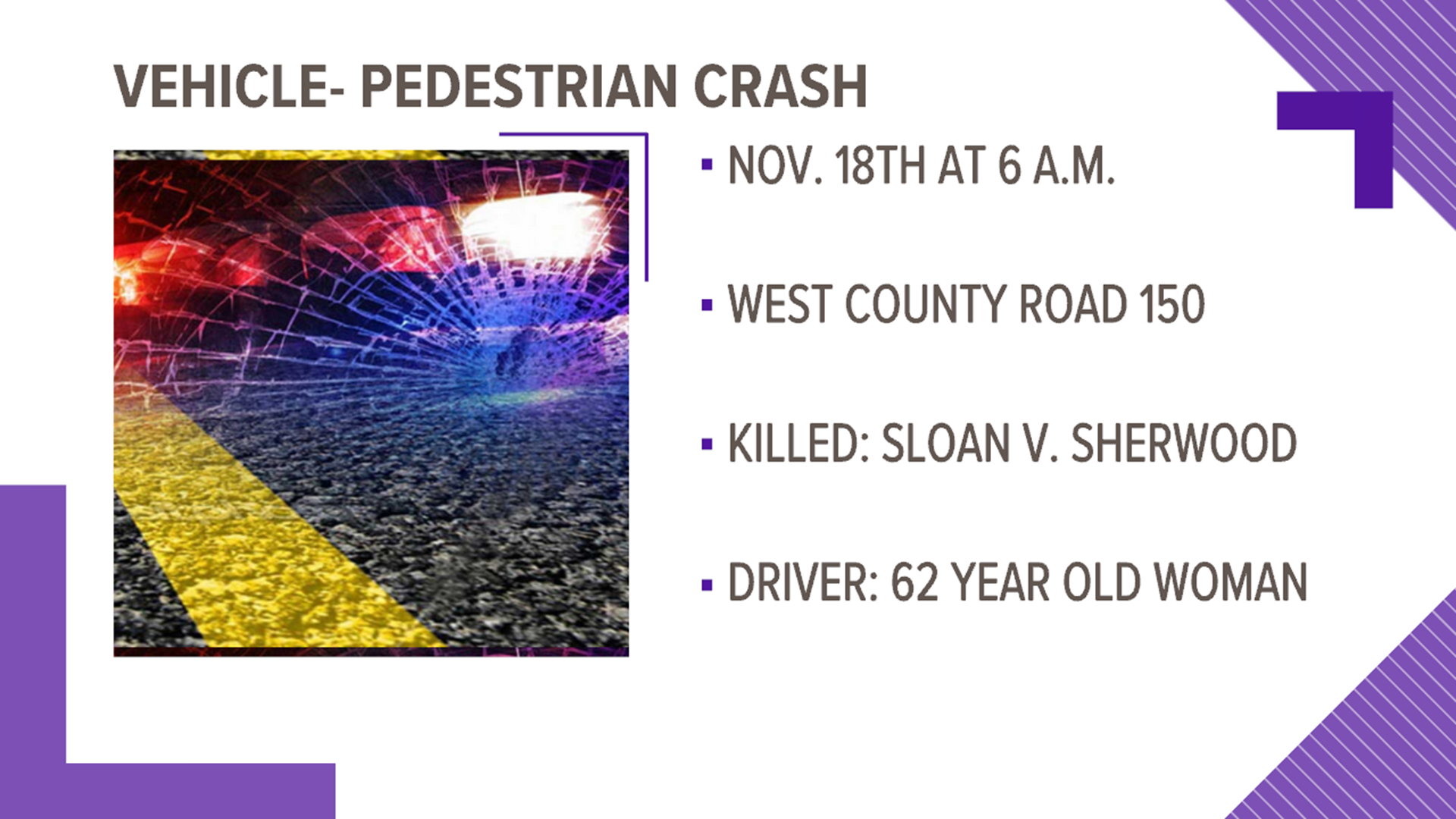 Sloan Sherwood, 28, was reportedly standing in the roadway of WCR 150 when the man's Jeep struck her.

According to DPS, the road did not have any lighting and it was still dark at the time of the crash.

Sherwood was pronounced dead at the scene. The driver of the vehicle was not injured.

The investigation is still ongoing and no further details are available at this time.