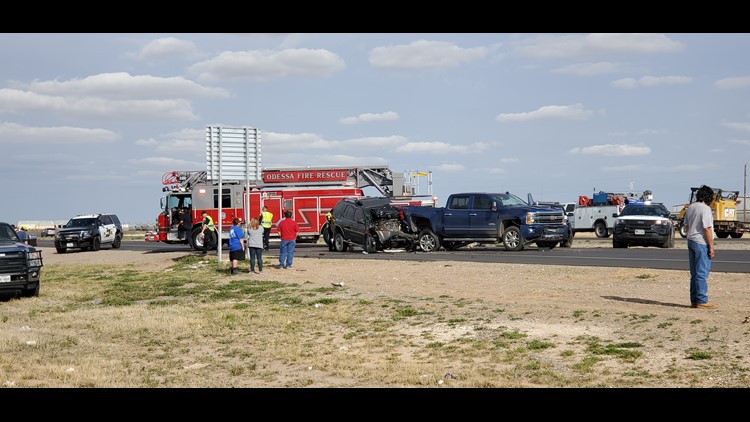 ODESSA, TX (KWES) - One person is dead following a multiple vehicle accident on Highway 80 near the intersection with Faudree Road Thursday.

At approximately 4:46 p.m, Odessa Police were called to the scene of a major crash involving four vehicles.

According to police, Maria Renteria, 40, was driving a white Nissan Armada westbound in the 14,000 block of West Highway 80 with with Raul Martinez, 57, and his passenger Rodolfo Jimenez, 52, directly behind in a blue Ford F-150

Behind Martinez was Lou Ellen Bradley, 44, in a blue Chevrolet Silverado, with Larry Bradley, 52, and Jeramey Bradley, 22 in the passenger seats.

Besi Liseh Ortez Pena, 15, of Honduras, was driving a black Nissan Xterra directly behind the Silverado.

Ortez Pena was pronounced dead on scene and next of kin have been notified.

There were no reports of any other injuries and the investigation continues.