One crash has the eastbound lanes between JBS Parkway and Grant shut down at this time. 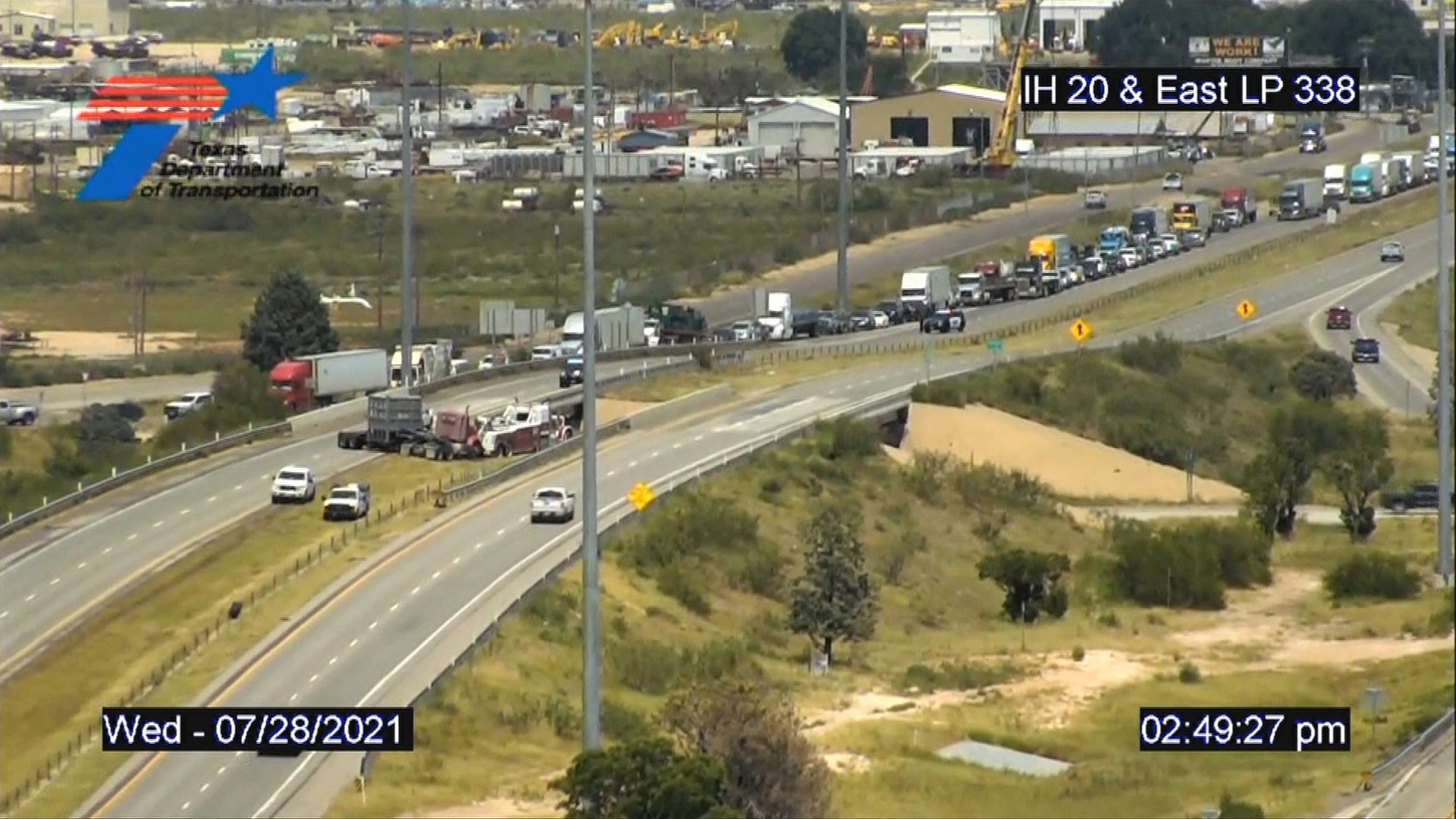 ODESSA, Texas — UPDATE: All scenes are clear, according to an Odessa Police Department spokesperson.

Odessa Police are warning drivers about multiple crashes along I-20.

As of 1:20 p.m. eastbound lanes of the Interstate are shut down between JBS Parkway and Grant. The reason for this closure is due to two 18-wheelers crashing in the median.

Westbound traffic is also being impacted at this time.

Drivers should seek alternate routes while police clear the area.

Viewers are reporting another crash near Loop 338.

There is no word on if there were any injuries or where the other crashes are located at this time.

We will update this story if more information becomes available.