Crashes on 191 and North Service Road in Odessa have lanes backed up. 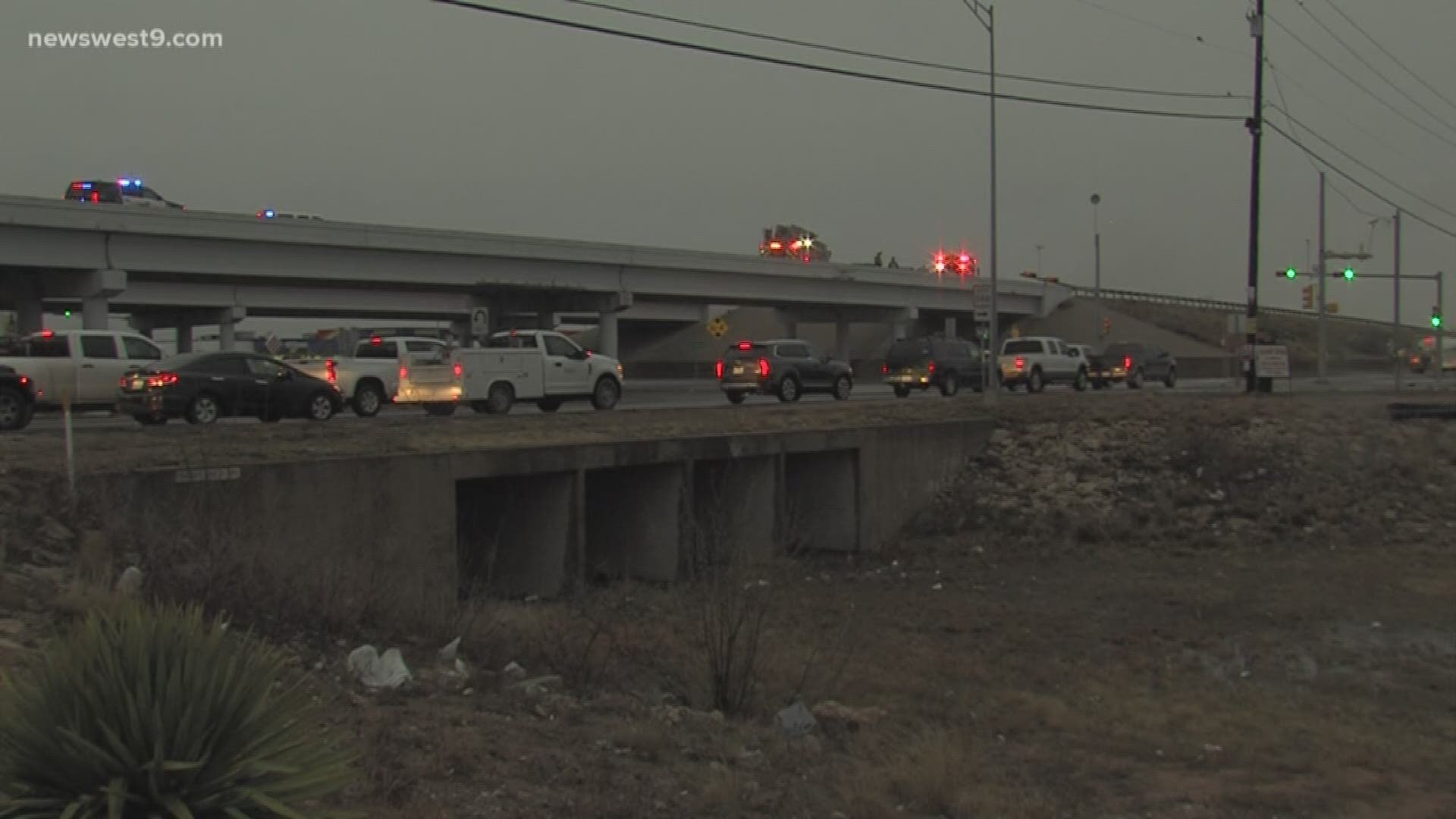 During the early hours on Friday, Odessa police responded to two crashes.

A crash on 191 on the overpass of Faudree has the eastbound lanes backed up.

Three people were transported to the hospital with non-life threatening injuries.

The roads have cleared up.

Odessa police also responded to an accident on North Service Road next to Crossroads during the early morning hours of Friday.

There have been no names released in either of the crashes.

Police are asking that these areas be avoided if possible.

More updates will be provided as they become available.