'Get him.' Man says group tried to attack him before chase that killed woman

The crash happened on Montopolis Drive near Highway 71. Passengers and the driver of one of the vehicles reportedly fled the scene. 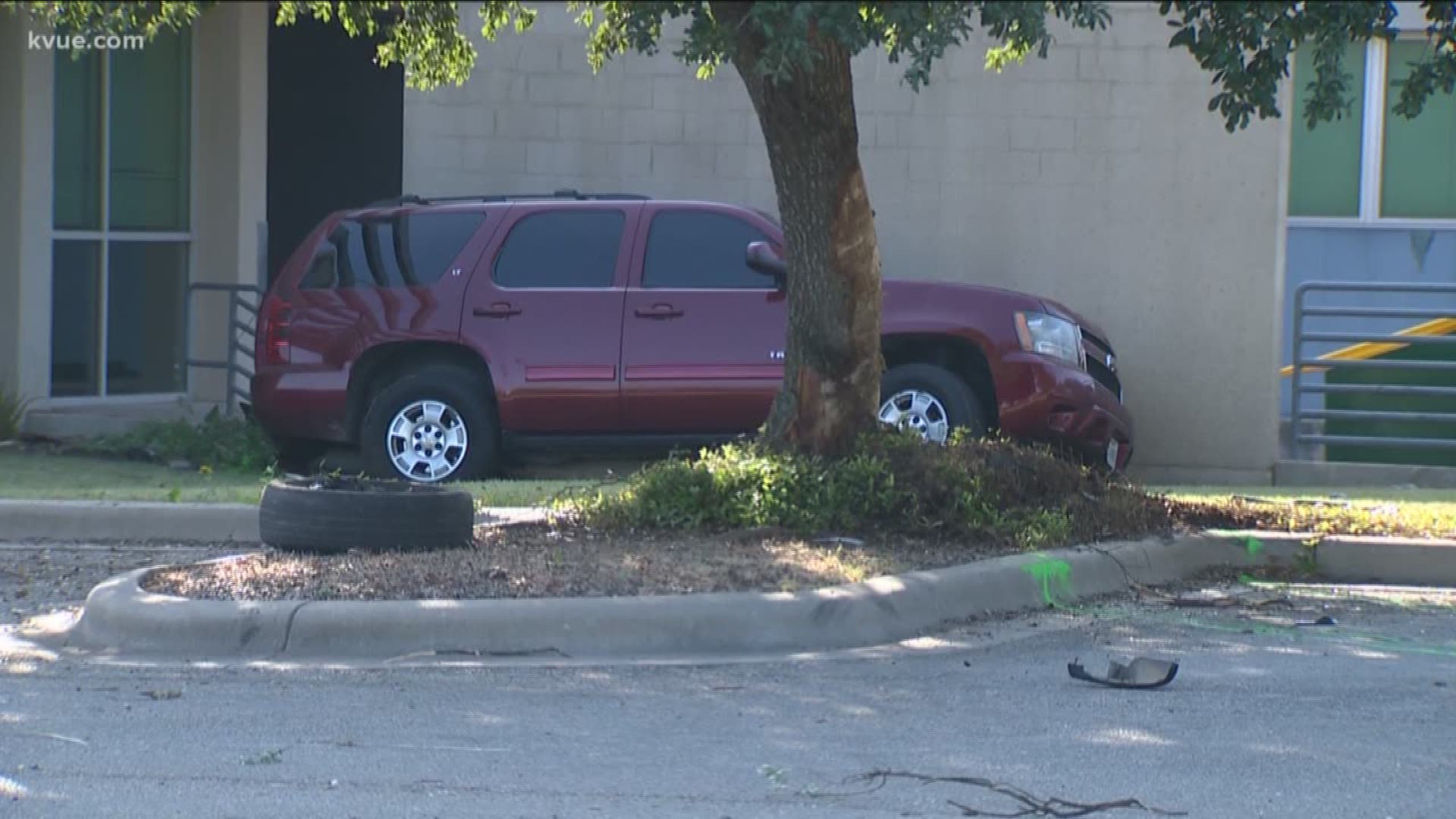 AUSTIN, Texas — Court documents have revealed what seems to have happened on Aug. 16 when a car crashed at a building in southeast Austin, killing 27-year-old Josephine Guerra.

When KVUE arrived at the scene, a red 2010 Chevy Tahoe was seen resting against the LCRA building. Austin police said, according to preliminary information, the Tahoe and a 2014 silver Chevrolet Impala were driving northbound on Montopolis Drive at a very high rate of speed when the Tahoe hit the back of the Impala. This driver of the Tahoe lost control and hit a tree resting against the loading dock of the LCRA building.

Credit: Scott Guest, KVUE
The driver of a Chevy Tahoe appeared to have driven through hedges in front of the LCRA building in a fatal crash.

The Austin Police Department told KVUE that a passenger in the Tahoe – Guerra – was ejected from the vehicle and died at the scene of the crash. The driver of the Tahoe and other passengers in the car reportedly ran away from the crash. A witness reported that two black males and one Hispanic male ran towards Ben White Boulevard, leaving Guerra at the scene.

According to an affidavit, when police arrived, they said they were approached by the owner of the Tahoe, who stated that his stepson, 28-year-old Michael Garcia, should have been the driver.

The documents state that another witness called 911 to report an attempted robbery before the crash. He later came to the police station to report that he had met a woman named "Jada" on social media who was looking for a ride. He eventually picked her up and she told him to park in an alley on Stassney Lane. He described that the two of them got into the back seat when another vehicle drove by slowly and attempted to block him in. He said three men then exited and began walking toward his car.

At this point, he said "Jada" got out of the car and yelled, "get him." When he saw that two of the men were carrying machete knives, he said he jumped back into the driver's seat and drove around their vehicle, the red Tahoe. He reported that a chase then ensued, which resulted in the Tahoe hitting the back of his car in an attempt to get him to lose control. When it attempted to pass him, he said he saw the Tahoe lose control and crash.

Police said the man was shown a photo lineup. He identified Garcia as the driver of the Tahoe and Guerra as "Jada." Officials said Garcia's ID was also located in the grass on scene.

Garcia has been charged with failure to stop and render aid, a second-degree felony. Online records indicate he is not yet in Travis County custody.