DPS says a driver crossed into oncoming traffic and hit a passenger car, pushing it into a truck tractor next to it. 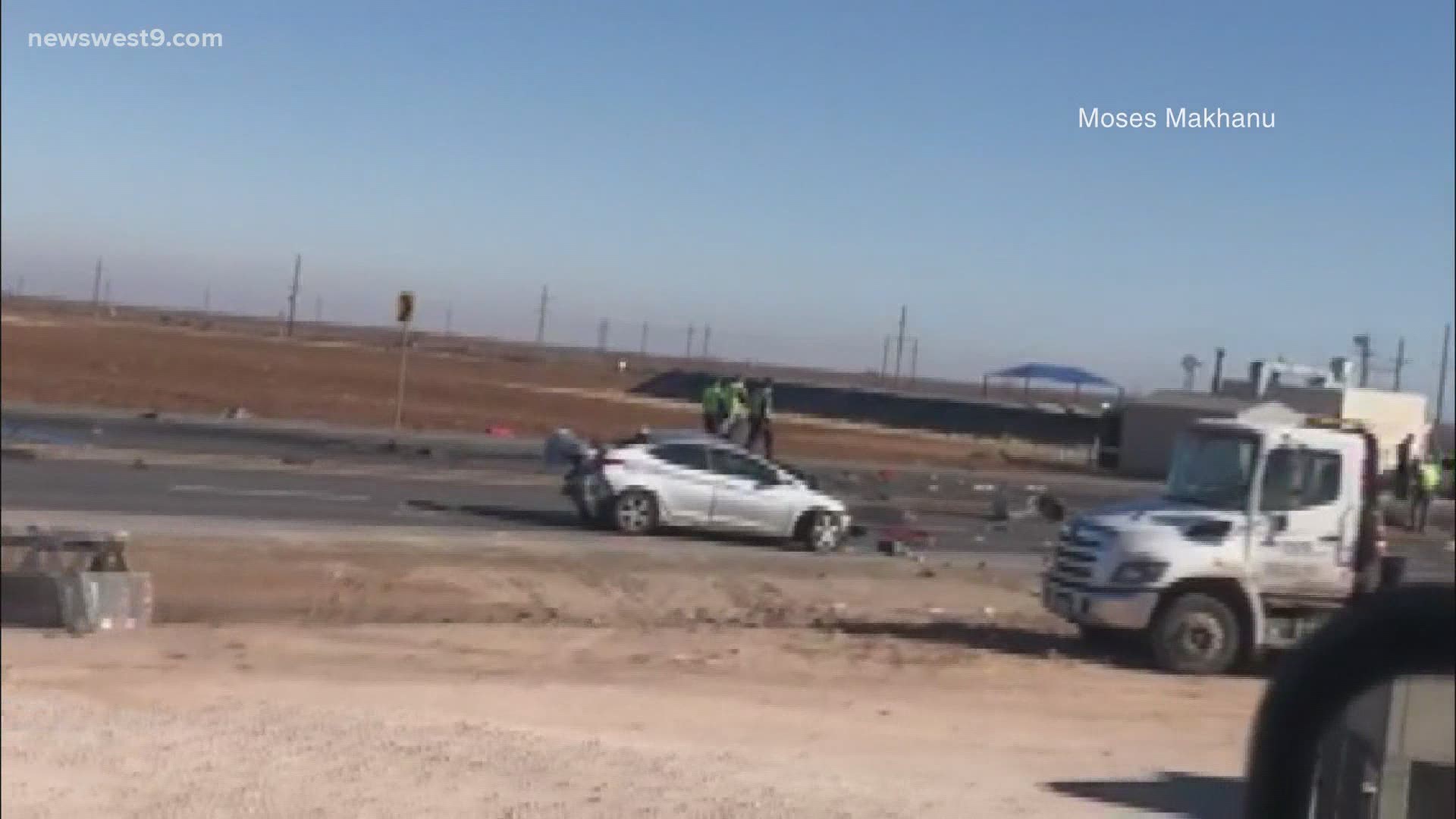 MARTIN COUNTY, Texas — DPS is investigating a deadly crash on HWY 349 and CR 3200 in Martin County.

The crash involved three vehicles and closed down traffic for most of the day.

According to DPS, a passenger car and a truck tractor were traveling side by side north on SH 349 just before 2 p.m.

At the same time, a Buick Lacrosse was traveling south on the same road.

The driver, Casey R. Ketchersid, 31, of Lamesa, failed to control his speed and nearly struck a vehicle making a left turn in front of him. Ketchersid attempted to evade and entered the northbound lanes.

This act resulted in him colliding with the passenger car and pushing it into the truck tractor next to it.

Toni L. Place, the driver of the passenger car, was pronounced dead at the scene.

No other injuries were reported and the investigation is still ongoing.

MARTIN COUNTY: Major crash at SH 349 and CR 3200 has blocked all lanes in each direction. Working to get traffic moving.