DPS was working an eight-vehicle crash in the westbound lanes of I-20 near mile marker 93. 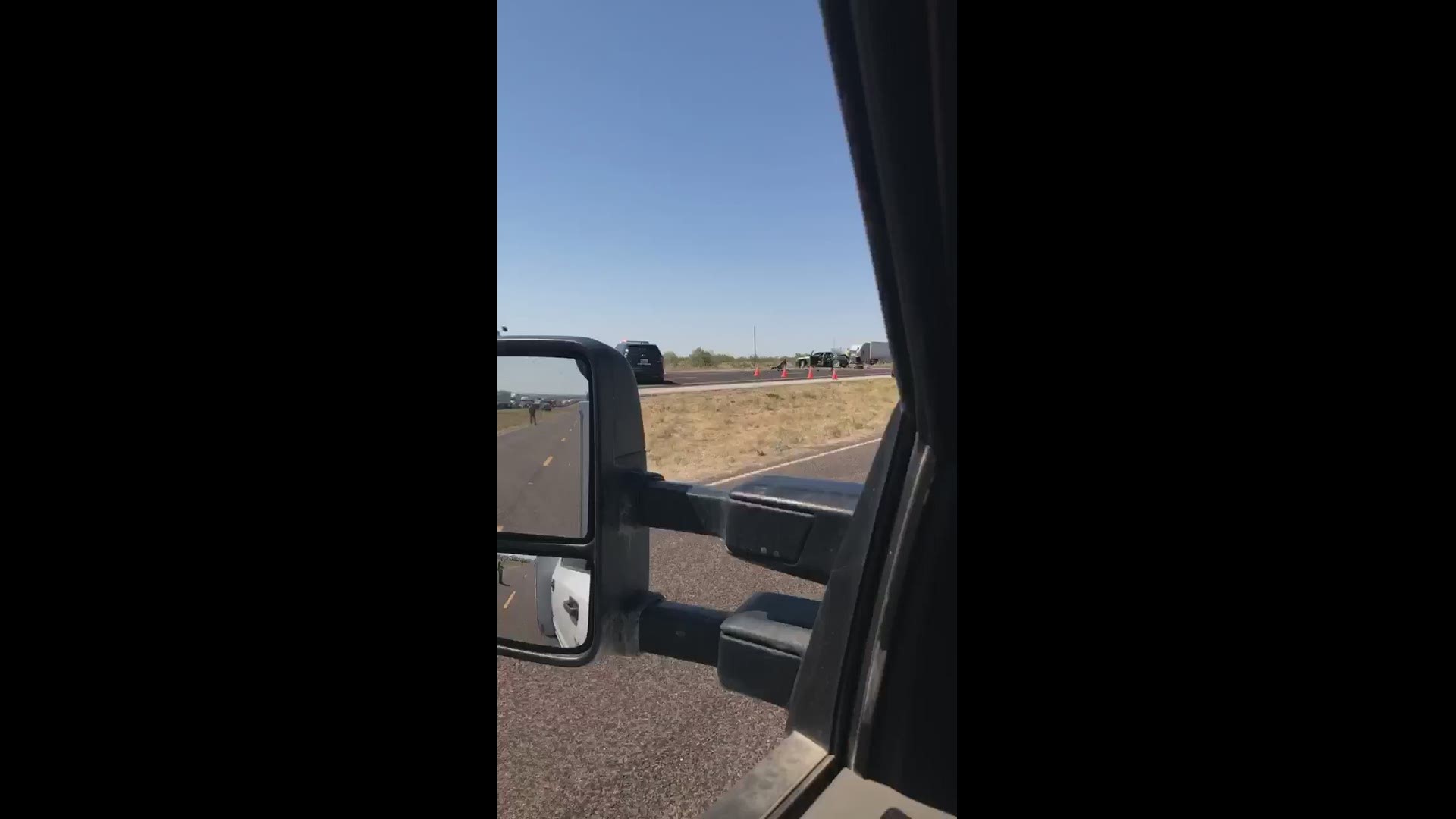 A crash on I-20  caused a major backup for drivers around 11 a.m. Wednesday morning.

DPS reports they are working a crash in the westbound lanes of I-20 near mile marker 93.

A DPS spokesperson says the eight vehicles were involved in the crash. Two truck-tractors were included in the wreck.

Only one injury was reported as a result of the crash. DPS says as of 3 p.m. the road should be reopened soon.

Westbound traffic on I-20 was being diverted at the 101 exit.

Viewers reported being stuck with little to no movement on I-20 for over an hour.

Drivers in the area should use caution and watch out for DPS troopers working the area until the scene is cleared.

At this time, there is no word on what caused the crash, who was involved or if there were any injuries. Viewers have reported seeing multiple vehicles however.

This article will be updated as more information becomes available.