The number of crashes dropped in 2020 compared to previous years, likely due to less travel and more people working from home. 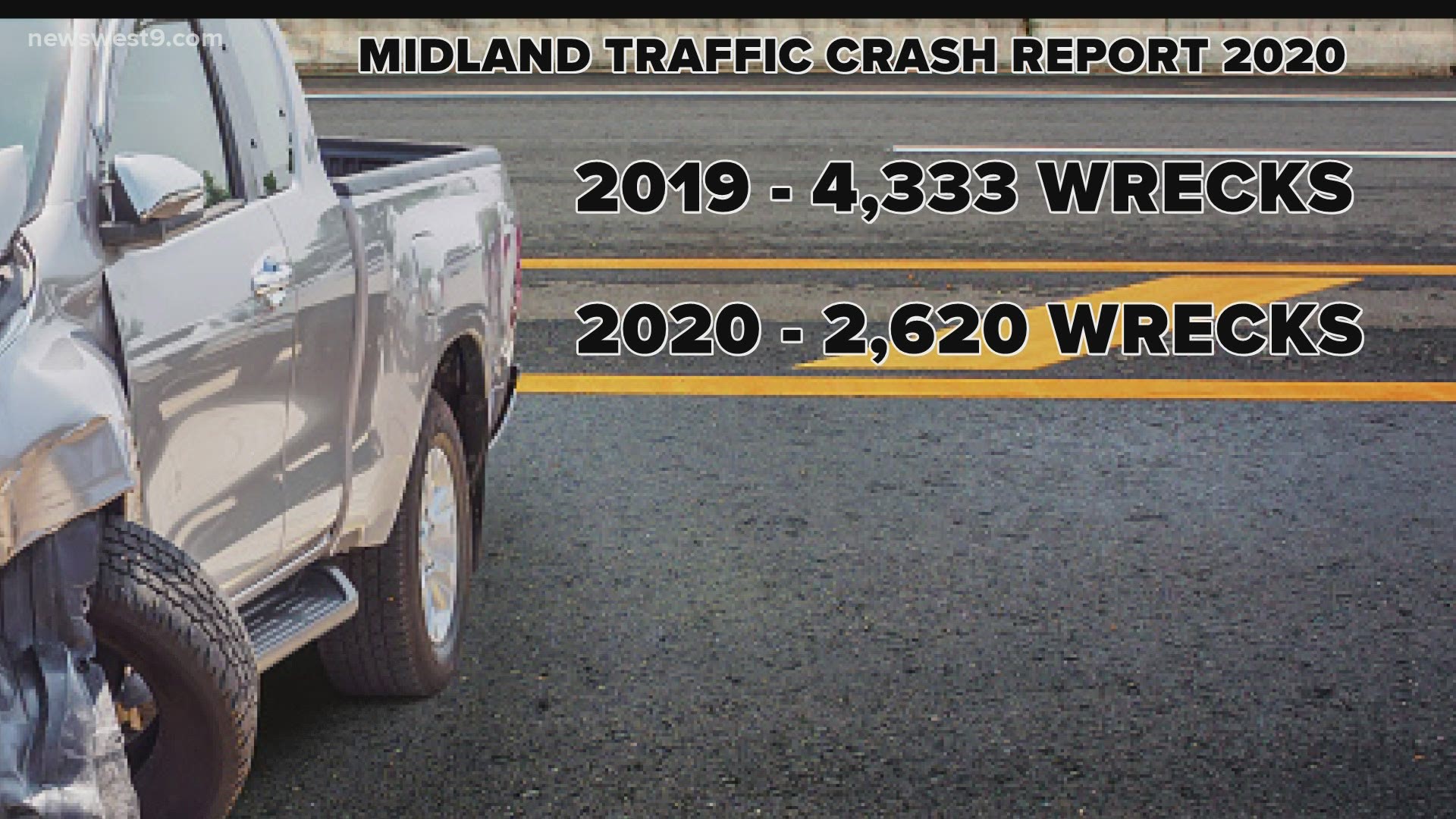 MIDLAND, Texas — The City of Midland has released its traffic crash report for 2020.

Due to the pandemic, the volume of traffic was significantly reduced, in turn resulting in a reduced number of crashes.

The number of deadly crashes also dropped slightly, with 11 crashes and 12 deaths reported in 2020. The years before saw 17 or 18 deaths.

The city also included data on areas where crashes were reported more often.

Similar to previous years, the area with the highest amount of reported crashes was Loop 250 and Andrews Highway.

The city also found over half of the locations with high crash counts were an area near Loop 250 of I-20. This correlates with the fact that these areas see higher concentrations of traffic.

The report emphasized the change in traffic patterns due to the pandemic, with more people working from home than usual and less people traveling.

If you would like to see the previous year's reports, you can visit the City of Midland website.