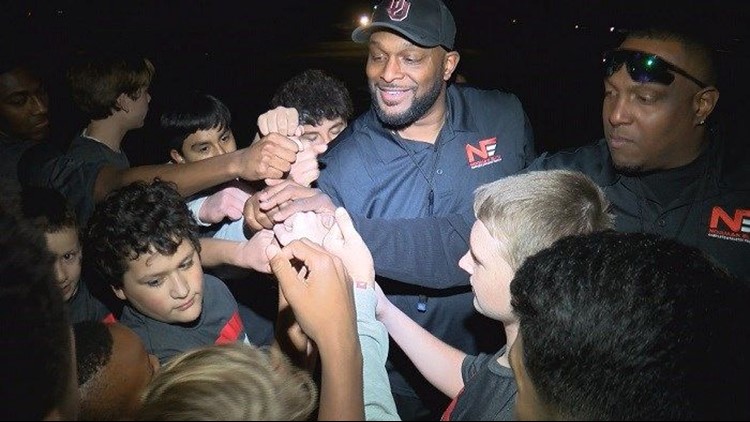 Brothers, Lee grads giving back to community through athletic training

The Norman brothers, Josh and John used football to achieve success. They said with their new athletic training organization, Norman Elite they are able to do so much more.
Author: Eric Onyechefule
Published: 3:28 AM CST February 3, 2017
Updated: 5:00 PM CDT August 12, 2018

MIDLAND, TX (KWES) - The Norman brothers, Josh and John used football to achieve success. They said with their new athletic training organization, Norman Elite they are able to do so much more.

"My dad always taught us when we were young that you can't just take and leave and be successful and not come back to your community and give back to it," said Josh.

The brother said getting Norman Elite off the ground had been talked about for years.

"2017 was the year for us to go ahead and put everything into action," said John.

Sports has given the brothers the chance to reach the highest of highs. Starting with the 6-week boot camp for three nights a week they try to pass down not only knowledge on how to be a better athlete but a better person as well.

"You're going to see them better at home, in school, in the classroom and the community," said Josh.

They ask each athlete to make sure they send a picture of their beds made in the morning or of them taking out the trash. John said it a way to show they are invested in each one of them.

"I hope they can take away that they have someone that cares about them," said John.

With just two weeks under their belts, the Lee grads and hometown brothers say they have more to give.

"We have something here in West Texas that will be able to compete with any major facility or any training that you can get anywhere in the country let alone the state," said Josh.

The brothers said they are planning to have more camps over the summer. For more information on how to sign up, click here:http://www.normanelite.com/home.php