The recycled water could be used for irrigation and municipal use. 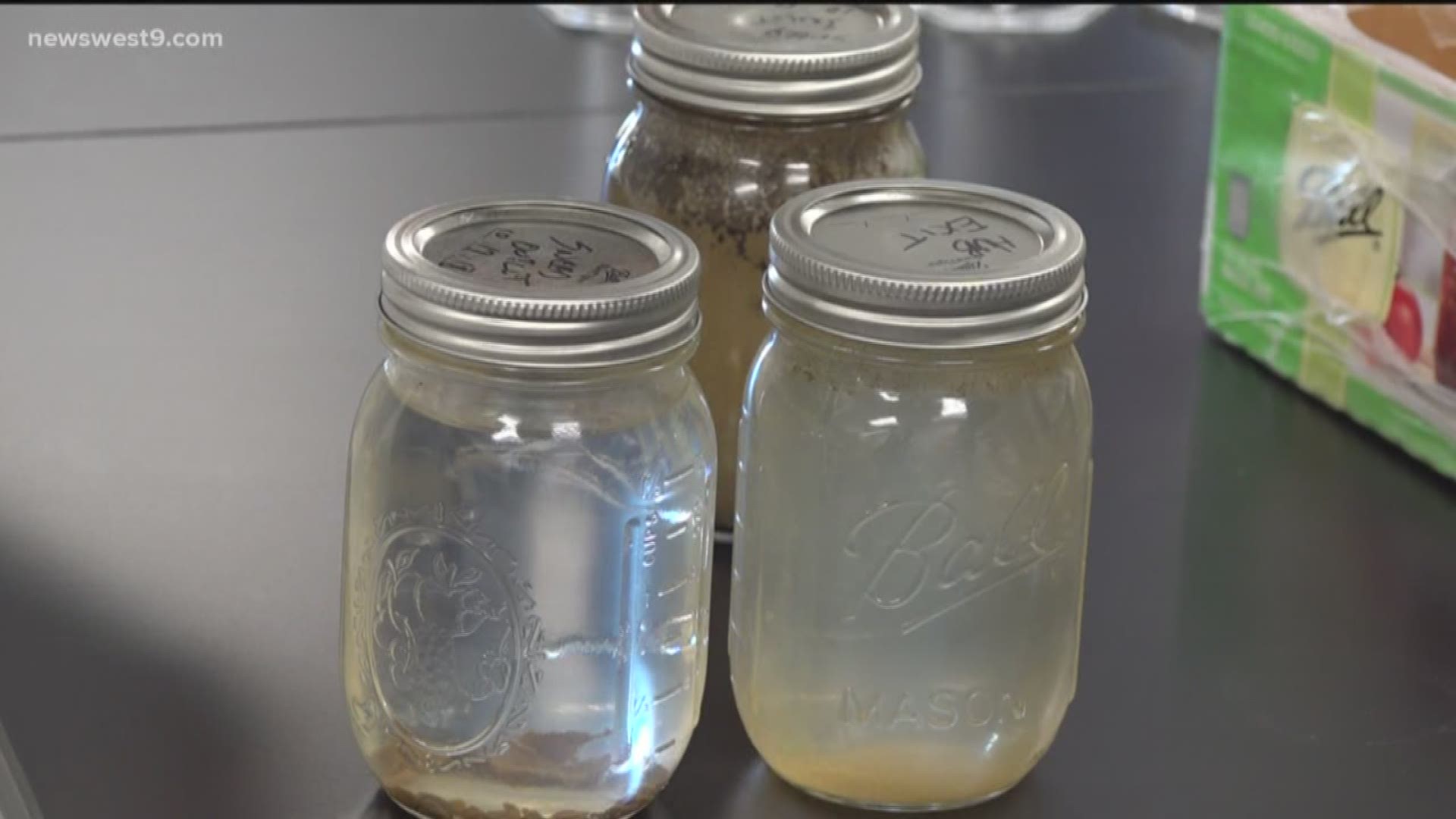 MIDLAND, Texas — Here in the Permian Basin the oil and gas industry does not only produce black gold, it produces lots of water, too.

The produced water is filled with contaminants that can not be used for anything.

But graduate students at University of Texas Permian Basin College of Engineering are working to change that.

They are researching and creating technology that can purify, distill and sterilize produced water.

“So what we’re trying to do is turn this produced water into beneficial use," Agwu Nnanna, UTPB College of Engineering Dean, said. "This can be achieved using technology that can treat the water for hydraulic fracturing and perhaps for irrigation or municipal use.”

Cleaning the produced water, is a complicated process.

"As the produced water permeates through that porous structure, it is going to cause evaporation," Nnanna said. "We are going to collect those vapors, condense it into purified water that it can be used.”

The water vapors that are leaving the produced water will in time, condense and become clean water.

Nnanna discovered this phenomenon with his graduate students when he was head of the Mechanical and Civil engineering departments at Purdue University.

When he became Dean at UTPB in 2018, he brought the research with him.

“When I was hired here, it was fitting to continue that research effort, particularly since we are in the Permian and have a lot of oil field water present,” Nnanna said.

The clean water, could make a big difference for communities.

“It can be used for irrigation and municipal use," Nnanna said.

It will also help the environment, too.

“Anything that can help reuse the produced water, I think can help in protecting the environment,” he said.

Even though the water can become purified, there is still a long ways to go before humans can drink it.

“Depending on the quality, there is potential but we are not there yet,” Nnanna said.

This water project, is still in the early stages at UTPB.

Nnanna says the engineering school is working on becoming a water research institute.

For more information on the engineering school click here.