On Wednesday, William Shatner will boldly go where no 90-year-old man has gone before. 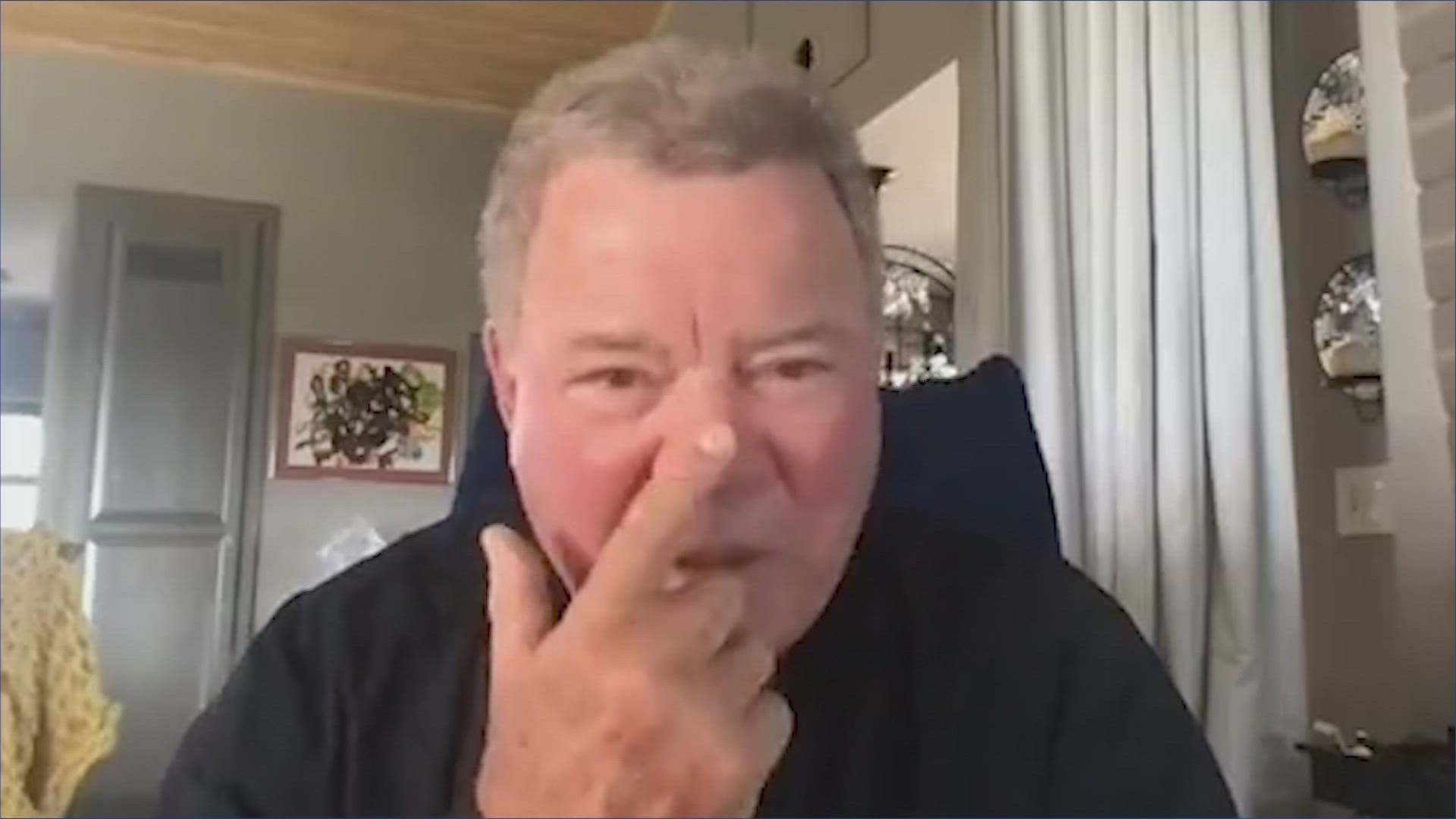 For this mission, he'll be aboard New Shepard.

RELATED: William Shatner heading to space with Blue Origin | How to watch the launch

Soon, William Shatner will boldly go where no 90-year-old man has gone before.

"I plan to look out the window with my nose pressed against the window," Shatner said. "The only thing I don't want to see is a little gremlin looking back at me."

Shatner shared his plan for the final frontier on Twitter by writing, “I'm going to be a rocket man!"

"What was your initial reaction when you saw William Shatner was going up?" KHOU 11's Xavier Walton asked retired NASA astronaut Clayton Anderson.

"I think my honest reaction was, 'that figures,'" Anderson said.

Anderson tweeted at Shatner after the announcement.

Captain Kirk's response: "Snack bars in space? How is the cell service?"

“I always watched (Star Trek) as a kid,” Anderson said.

"And now you're tweeting with Captain Kirk. How cool is that?" Walton asked.

"For a small-town kid from Ashland, Nebraska, ... I never thought it was a possibility," Anderson said. "And to be tweeting with Admiral Kirk it's really cool."