The launch is getting close and there's now a mural to commemorate the special day in West Texas. 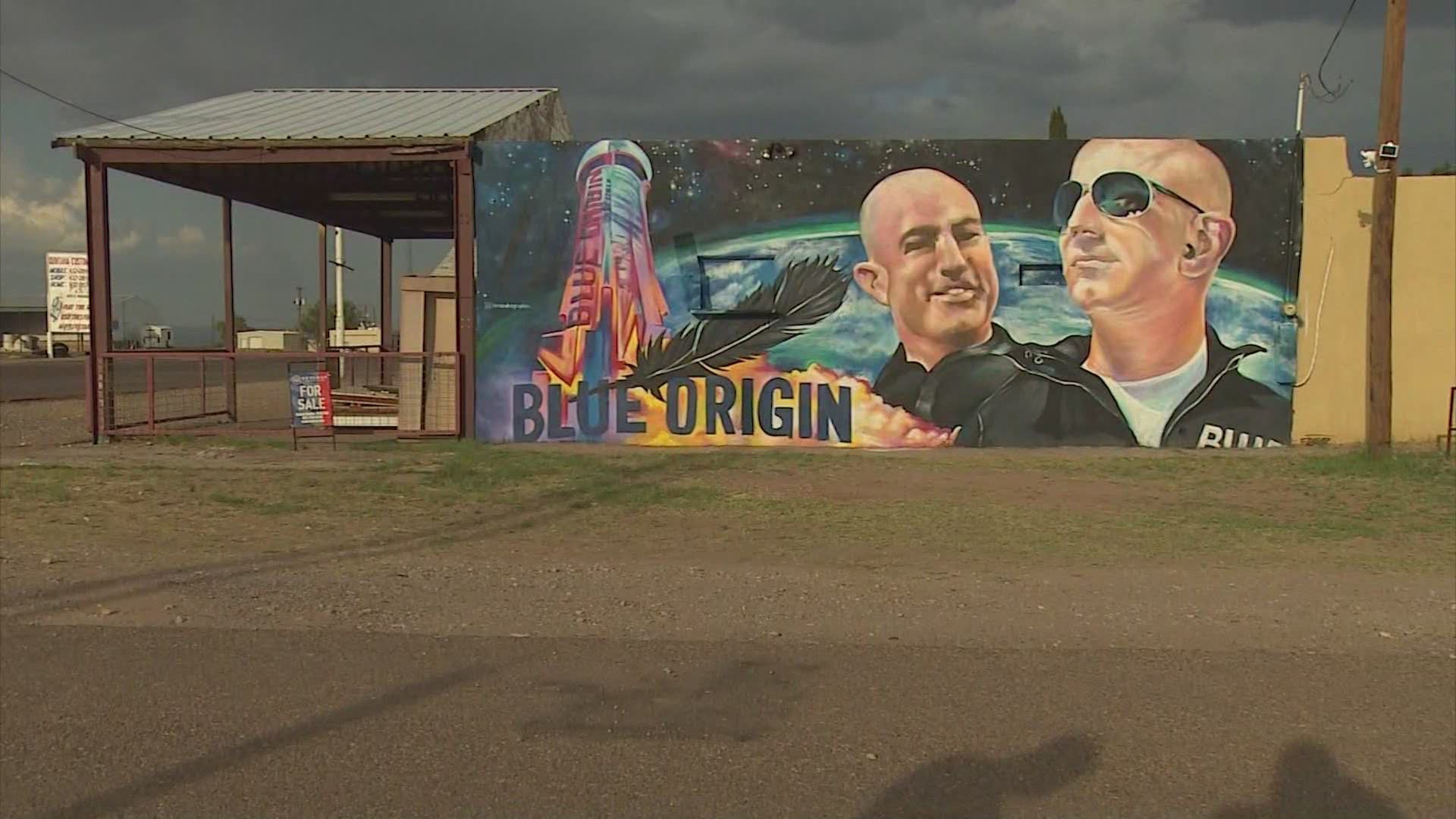 VAN HORN, Texas — The big Blue Origin launch is less than 48 hours away. Jeff Bezos is set to blast off in his own rocket on Tuesday. Three others will be joining him on the trip, including his brother.

The launch date is also the 52nd anniversary of the Apollo moon landing. There's a slight chance of rain and thunderstorms on Tuesday morning, but Blue Origin leaders said they think conditions will be good when the 8 a.m. launch target comes around.

As people from across the world descend on Van Horn, Texas, there's a sign that's causing some extra traffic.

In the small West Texas town, where a train is the loudest thing rolling through, a Blue Origin mural might just give it a run for its money.

The building with the bold colors belongs to Morales.

"My mother was born here in Van Horn,” Morales said. “My dad was born in Valentine. I have a lot of family here."

His favorite part of the painting?

Believe it or not, Morales doesn't have an affinity for space exploration, but he does have the utmost respect for what Blue Origin is doing for future generations.

RELATED: What to expect when Blue Origin's New Shepard launches and lands in West Texas

Morales' nephew works for Blue Origin, making it even a little bit more special to see the mural.

KHOU 11 Reporter Xavier Walton is in Van Horn and KHOU 11 will have continued coverage of the Texas takeoff.